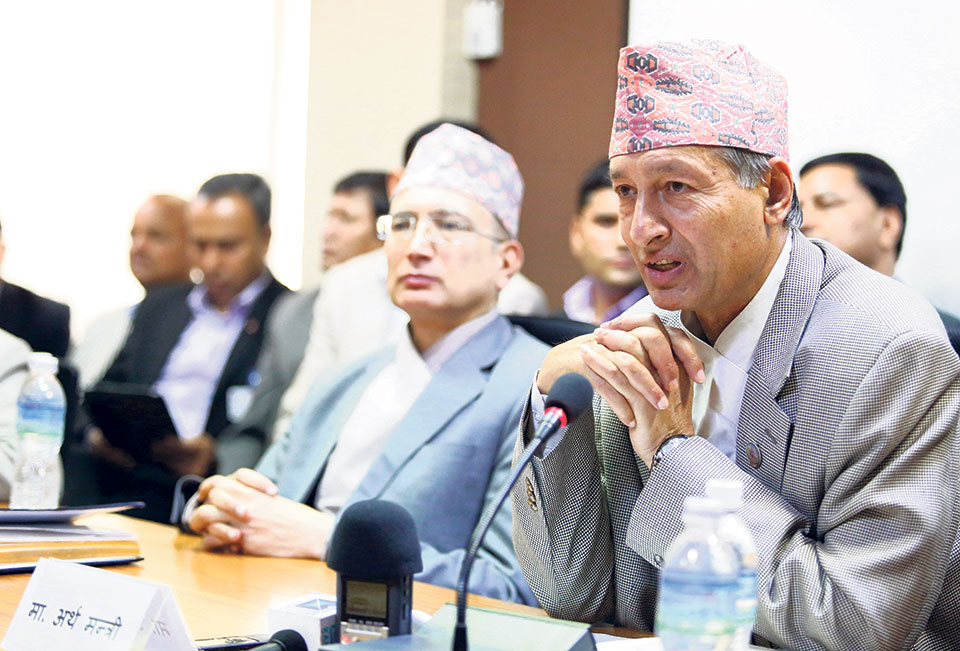 KATHMANDU, March 30: The government has said that instances of serious anomalies in the mobilization of foreign aid in Nepal are on the rise in recent years.

Presenting a whitepaper in parliament  Friday on Nepal's current economic status , Finance Minister Yuba Raj Khatiwada said the documents of  projects run with foreign assistance in Nepal are often prepared by the donors themselves, without giving any consideration to the country's needs and priorities. He said that in many cases this has given space for the interests of development partners to prevail over the country's real needs and priorities.

In a frank and brutal assessment of the current status of foreign aid in the country, Finance Minister Khatiwada said a huge chunk of foreign aid received by Nepal is found to have been spent on foreign training, study tours, exposure visits, procurement of expensive vehicles and consultancy services.

The points highlighted by the finance minister go against the Paris Declaration on Aid Effectiveness . Development partners have agreed to uphold the principles of ownership of the recipient country and align their support with its needs and priorities. They have also agreed to ensure mutual accountability on the part of both donors and  recipient country.

Minister Khatiwada said that there has not been any serious study about the projects financed by  development partners and  the government has failed miserably  to do anything about it. "There is a tendency to take foreign aid even for  work that can be financed by our own resources and capacity," the minister said, while adding that the government had also failed to develop a project bank of potential projects.

Khatiwada also said that the utilization of foreign assistance has not been  effective. "Although  foreign aid is necessary in terms of the transfer of capital, knowledge and technology, there has not been  progress as anticipated in its use and implementation," he said. "Concerned agencies of the Nepal government and development partners both are responsible for this."

He also mentioned that the failure of  development partners to release their pledged amounts on time had put additional stress on the revenue sources of the government.

The minister said most of the projects funded by foreign aid are not completed on time."As the time gets prolonged, the cost of the project increases. The slow pace of construction work on the Melamchi Drinking Water Project, the Postal Highway and the Gautam Buddha Regional International Airport are a few examples of this," he added.

Govt has no real plan for 7.7 pc children not in school

KATHMANDU, April 7: Although 7.7 percent of children of school-going age are not in school, the government does not have... Read More...