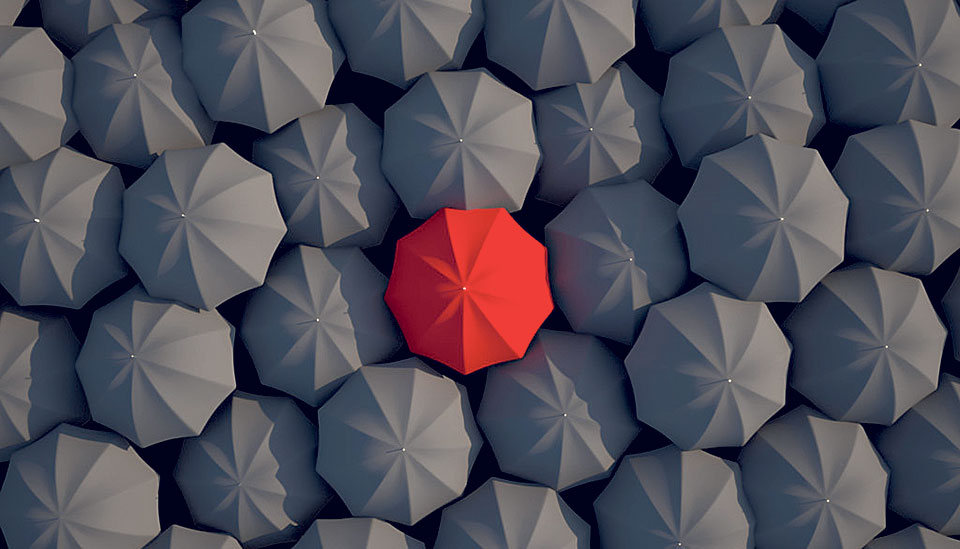 I don’t know what’s next after the coffee shops shut down in a year or two but the entrepreneurs will not lose hope.

When I was a kid, still in primary school, my neighborhood was filled with carpet factories. At night, you could hear the whole neighborhood singing. Yes, the workers at the factories would sing as they did their job. It seemed like you were at some live concert. And sometimes, all of them would be singing the same song, mostly hit ‘Nepali movie’ songs of the time. Some nights were fun but then it also became irritating as well if they went on to sing the same song for hours.

The singing would continue till eleven in the evening. Nepal then exported a lot of carpets to the West. It seemed that every other person in the neighborhood was into the carpet business. Those who started the business in the beginning managed to make quite some money but the folks who entered late into the ‘carpet’ business suffered miserably. And that has been the ‘Nepali way’ of starting any business in this country. Just follow the crowd, invest without any homework, and lose money along the way.

Five years later, the carpet thing was no longer the ‘good’ business. Many factories shut down and the workers disappeared. Some stayed back and opened local teashops, drove taxis, or did odd labor jobs. Then came the ‘taxi’ business. Many folks in my neighborhood started forming groups and invested in the ‘taxi’ business. The banks offered 70% loan and many folks in my neighborhood became owners of lots of taxis. We saw a lot of ‘Korean’ taxi cabs in the neighborhood but then those cabs disappeared, and came the ‘Maruti’ taxis where you could neither fit any luggage nor have a dozen people squeeze in like in the Korean ones.

A few years later, the ‘taxi’ business was not cool anymore. And many so-called taxi owners sold their taxis to others for a loss. It seemed that my neighborhood either had lots of folks with extra cash and little brains or they were just serial entrepreneurs who had to invest in one business or another depending what was cool then.

Then came the ‘Pashmina’ business and many more and, except for a few lucky ones, most of the folks lost money every time. A year ago, my neighborhood was full of furnishing stores, but this time around, the folks in the neighborhood were landlords instead of business owners. I thought they had learned their lessons well. It’s good to collect rent and take it easy than become an unsuccessful serial entrepreneur and lose everything.

But then, the furnishing stores began to leave and the serial entrepreneurs had a change of heart as well. One of them decided to open a coffee shop. A few months later, another neighbor tried his hand at the coffee business as well then another and now, we have six coffee shops in the neighborhood.  Everybody seems to be selling Americano rather than the local chiya these days. But are all of them making money? Nope. Most of them are losing money instead.

It’s about time every neighborhood formed some kind of an investment company and then got together with other investment companies from other neighborhoods and invested in something productive rather than following each other and losing money every time. It seems that only suppliers make money while those who start the business end up with a few rupees less than before. It’s not that folks don’t make money at all. We have many entrepreneurs who have made lots of money from running coffee shops, carpet factories, momo joints and many more.

But I guess, the folks in my neighborhood are the unlucky ones.  In a recent neighborhood meeting, one of the ‘religious’ people put forward a proposal to have a puja conducted by a pure ‘priest’ so that any investment from now on would bear fruit instead of going to waste. Half of the attendees laughed out loud while the other half thought it was a good idea. But I don’t think it really makes any difference to God if we do a puja or not. The only folks who will be happy are the suppliers who will supply the goods and services for the puja.

If we have extra cash then we could even go further and if our government is willing and allows us then we could be investors in startups around the world. I think it’s about time our government allowed our people to invest in such companies in the West. Who knows, our people could be the next investor for the next Google and Facebook and make a few dollars more. Our government should also start looking into setting aside at least a few million dollars a year to start with to invest in startups around the world.

We don’t have to go far away. Just invest in startups in China and India and make billions of dollars if our government gets lucky as well. Some might ask why not invest in startups in our country? Well, for that, our government should mend its ways and become a facilitator instead of being the one creating obstacles by seeking bribes and what not to prevent us from reaping the benefits of investing in our own land.

Devi Gyawali has continued to grab media headlines ever since the main opposition UML fielded him as its mayoral candidate... Read More...

PARIS, June 20: France and Switzerland settled for a 0-0 draw that suited both sides, while Albania staked its claim... Read More...