Cooking utensils, food grains, clothes, blankets, and  firewood belonging to the locals were swept away or damaged by the flood and over 300 families have been displaced. Raghu Mukhiya, one of the victims of the flood, expressed his sadness of witnessing their children not being able to sleep on empty stomachs. “The elders can manage with an empty stomach, but the children can't,” Mukhiya said. The disaster has seriously disrupted their lives among many others who share a similar fate. 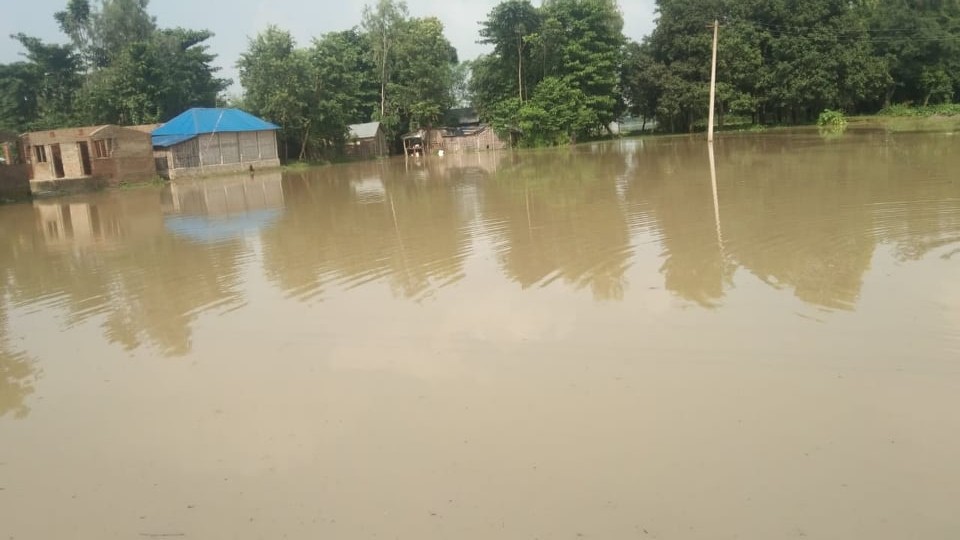 “I have given instructions to the local government to manage basic necessities for the victims of Tilathi Koiladi Rural Municipality,'' CDO Acharya said. “It is not necessary to shift them to other areas at the moment. The water level is receding and everything will be normal again,” he added. 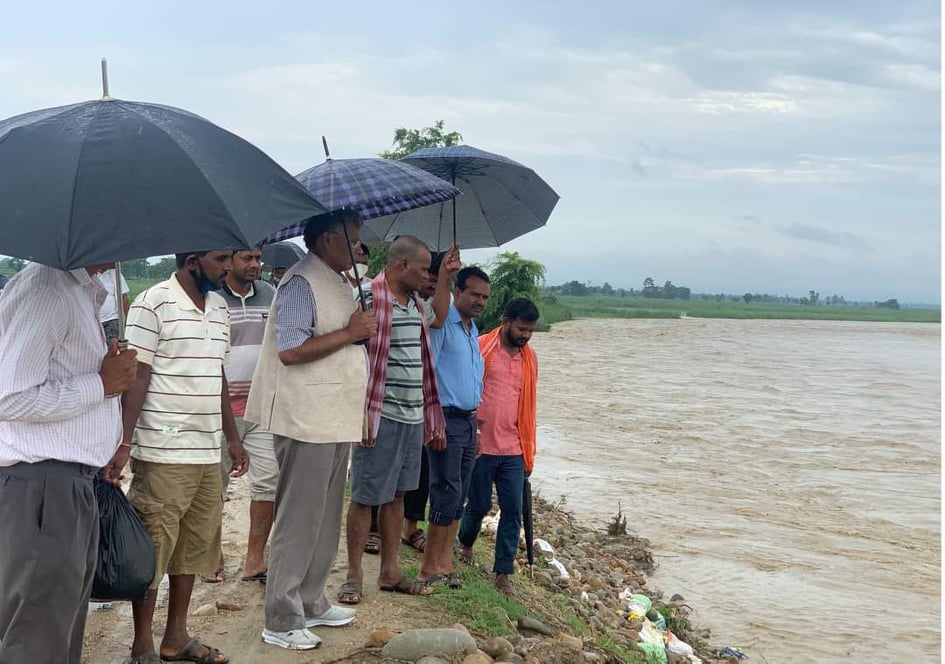 The calamity faced by other settlements has spread fear among the locals residing in the areas around eastern Dhanusha district. A flood that occurred in Kamla River on Monday has worried the locals of Sabaila Municipality-13 in Kiratpur. The floods in the river have damaged a 300 meters long river embankment in the area, affecting lives in the region.

According to Bandhu Prasad Bastola, CDO of Dhanusha district, the police have already been deployed in the risk areas to alert the local residents. Also, the Nepal Army and Armed Police Force (APF) are deployed to repair the embankments as well. The risk of flood has put various settlements including Sahidnagar Municipality, Kamla Municipality, Janaknandini Rural Municipality and Sabaila Municipality at risk. Security personnel have been deployed to secure the area since early Tuesday, Bastola informed Republica.

According to Ekraj Bhattarai, chief of Kamla River Control Planning Office, the flood in Kamla river has damaged embankments along Kiratpur-Dolbajja section. In addition, there is no budget to repair the damages, Bhattarai said.

The floods caused by continuous rainfalls have destroyed the embankment at Saptakoshi Municipality-4 in Saptari district, CDO Jay Narayan Acharya said. The floods in Saptakoshi Municipality have affected houses in wards 1, 2, 4, and 11. The flood water is as deep as three feet inside the waterlogged homes. According to Acharya, water levels have started to decrease since Monday and life is slowly returning to normal.

One dead, four injured in a clash that erupted while fishing in Saptari

LAHAN, Dec 14: A woman died and four other people sustained injuries in a clash between two groups that erupted... Read More...