Flight to Sanfebagar resumes after 13 years 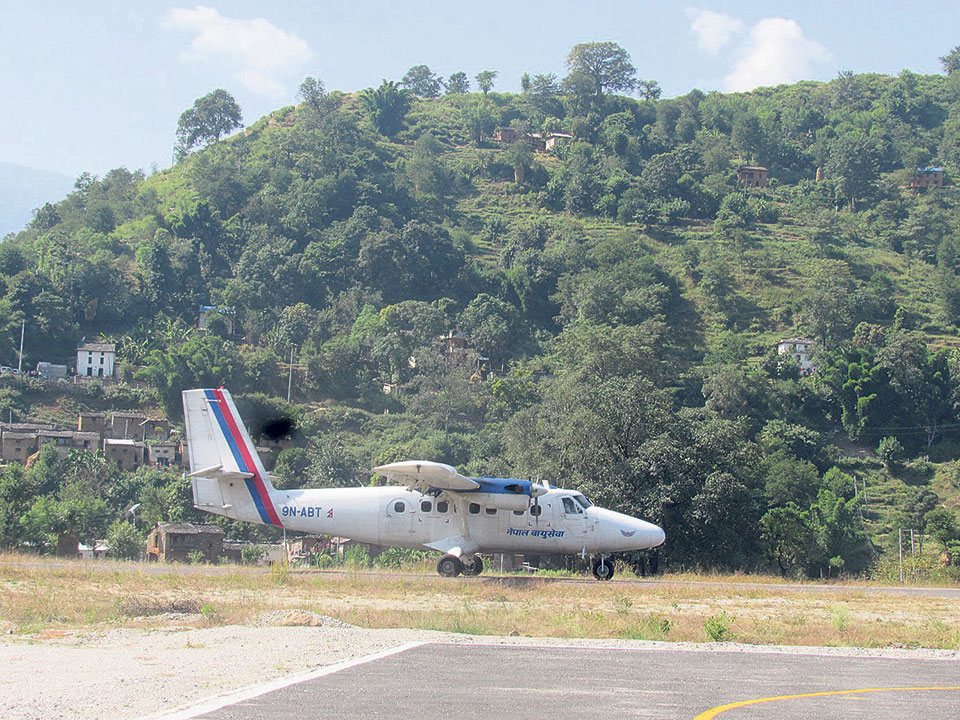 The national flag carrier had successfully conducted test flight at the air strip few weeks ago.

NAC will operate two flights a week to Sanfebagar from Nepalgunj. The decision has elated locals of Achham as well as neighboring Bajura and Doti districts.

The airport was closed for nearly four years after Maoists attacked and destroyed the Air Traffic Control (ATC) tower in 2001. Though it resumed operation for some years, the airstrip has remained closed since 2005.

The government had allocated Rs 120 million for renovation of Sanfebagar Airport in the last fiscal year. NAC had conducted the test flight after renovation works were completed.

Regular flight operation to Sanfebagar is expected to help in promotion of tourism in Achham and Bajura district, according to Kul Bahadur Kunwar, the mayor of Sanfebagar Municipality.

He said that he was hopeful of establishing air connectivity between Sanfebagar and Dhangadhi in the near future.

Regular flights to Sanfebagar will also save many lives, according to Tanka Dhungana, a local of the area. "Many people have lost their lives in the lack of treatment. Now, there will no more be such untimely deaths," he added.

US dollar soars to all-time high
10 hours ago

Climate Finance and Accountability
14 hours ago