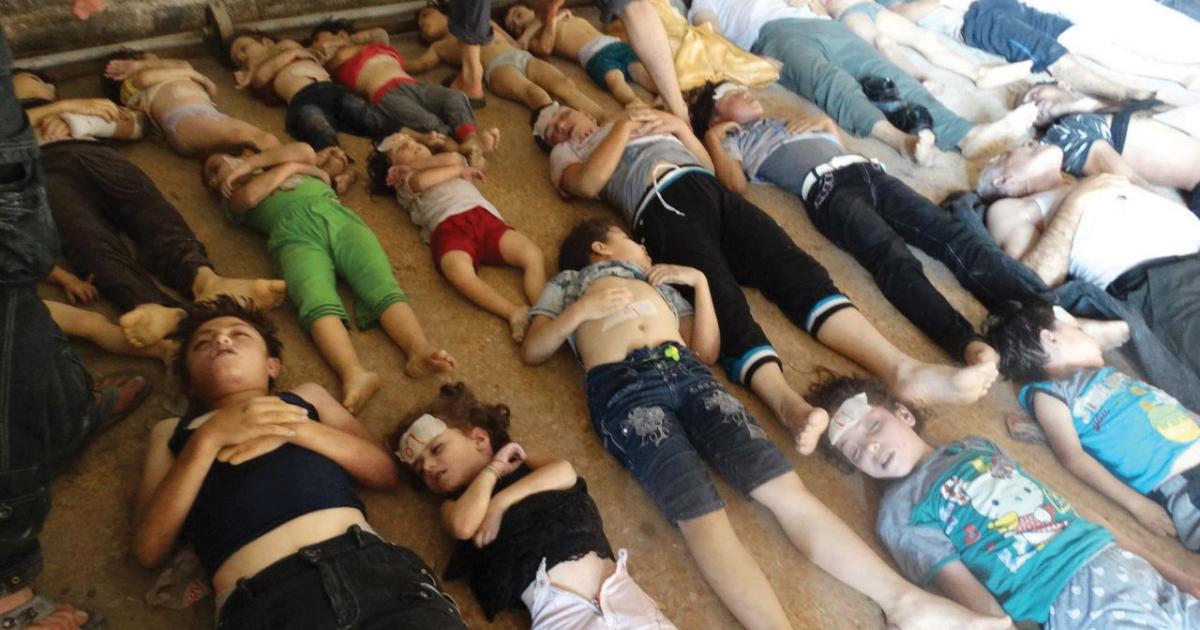 Up to 500 people were poisoned in the Syrian gas attack that killed 43 people including children, the World Health Organisation has revealed.

WHO condemned the attack in rebel-held Douma as it revealed the total number of people who reported to hospital showing 'signs and symptoms consistent with exposure to toxic chemicals'.

The atrocity, blamed on Syrian tyrant Bashar al-Assad's forces, has sparked a global outcry with the US and its allies considering taking military action in response.

'We should all be outraged at these horrific reports and images from Douma,' Peter Salama, WHO deputy director-general for emergency preparedness and response, said in a statement issued in Geneva.

'WHO demands immediate unhindered access to the area to provide care to those affected, to assess the health impacts, and to deliver a comprehensive public health response,' he added.

The organisation said that 'there were signs of severe irritation of mucous membranes, respiratory failure and disruption to central nervous systems of those exposed.'

More than 70 people sheltering in basements have reportedly died, it said, with 43 of those deaths related to symptoms consistent with exposure to highly toxic chemicals.

'Two health facilities were also reportedly affected by these attacks,' its statement added.

U.N. aid agencies do not have access to most of the enclave of eastern Ghouta, including Douma, where the alleged attack occurred. The Syrian government has denied responsibility.

MANAGUA, June 1: At least fifteen people were killed and more than 200 injured on Wednesday in one of the worst... Read More...

Citizenship Bill withdrawn from parliament due to lack of unanimous position among parties: Govt
10 hours ago