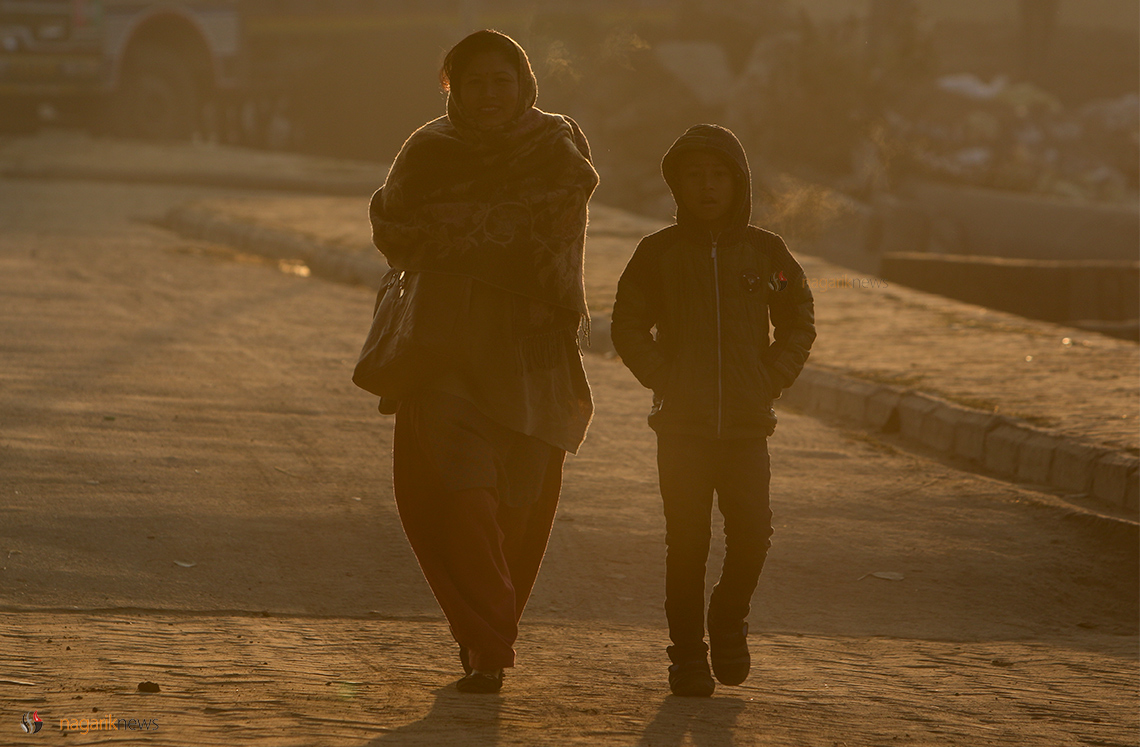 LAHAN, Jan 15: The biting winter cold has claimed the lives of five people, including four women, within a week in a single Ward of Karjanha Municipality in Siraha district.

The latest victim of the harsh winter weather condition was 71-year-old Amirati Devi Yadav of Karjanha Municipality, Ward Number 6, who died of hypothermia on Sunday.

According to Jagdish Mahato, the Ward chairman, all the victims came from families with poor economic background. He demanded that the Municipality should provide the obsequies expenses to the families of the deceased.

Meanwhile, a woman died due to excessive cold at Lahan Municipality-6 of Siraha district on Sunday. She is 65-year-old Sitadevi Bhattarai.

With this, the death toll from cold in Siraha district has reached 13. Life in Siraha has been badly affected by the biting cold. The number of patients suffering from cold and cough, cold diarrhoea and fever has increased at hospitals.

Fish die due to severe cold

SARLAHI, Jan 16: Farmers of Sarlahi have suffered a huge loss as fish are dying in the pond due to... Read More...

BANEPA, May 11: Local level election in Ward-12 of Dhulikhel Municipality has been adjourned  following the death of one candidate... Read More...