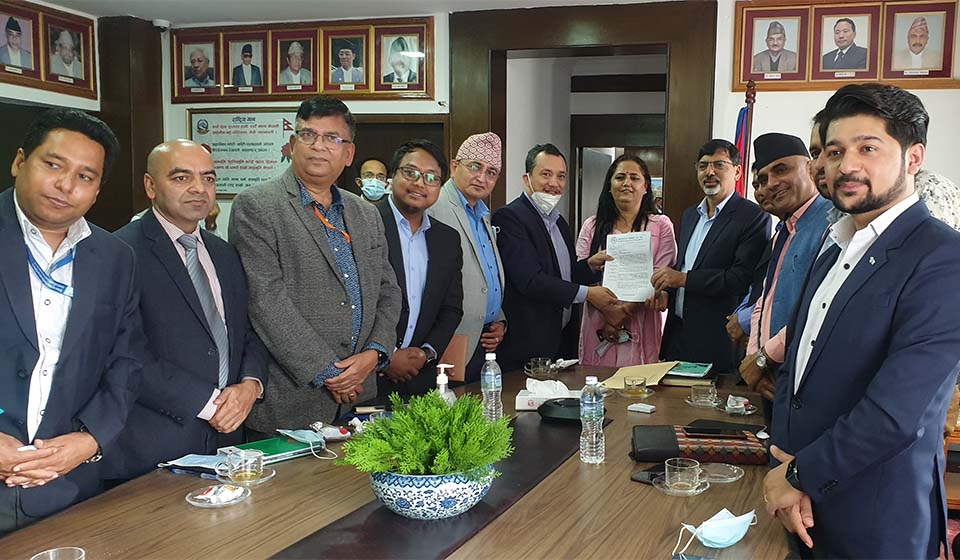 KATHMANDU, Oct 4: Finance Minister Janardan Sharma has urged the microfinance institutions (MFIs) to reduce the existing interest rates on loans. MFOIs across the country have been investing through loans at an interest rate of 10 to 15 percent.

Receiving the demands of the Microfinance Association of Nepal (MFAN) on Sunday, Minister Sharma opined that the living standards of the poor people will not change unless the MFIs that have access to villages reduce the loan interest rates. Stating that he was ready for the assistance to be provided by the government to reduce the interest rates fixed by the MFIs, Minister Sharma urged the representatives of the MFIs to come up with an action plan for the same.

They informed Finance Minister Sharma that the MFIs have been providing loans by adding only two percent to the interest rates charged by the commercial banks. They have demanded that the government set up microfinance funds in the areas of infrastructure, energy and agriculture. Stating that the Microfinance Policy, 2008 cannot address the current problem, they have demanded the government formulate a new policy in this regard.

In the demands submitted by the delegation led by the chairman of the association Jagat Bahadur Pokhrel, it has been said that the fund should be established as provided in the National Microfinance Policy 2008, institutional tax on microfinance should be halved, interest on income of group members should not be taxed and life and livelihood of the members should be insured.

SINDHUPALCHOWK, Nov 9: Finance Minister Janardan Sharma has stated that his goal is to collect 200 times more revenue than... Read More...