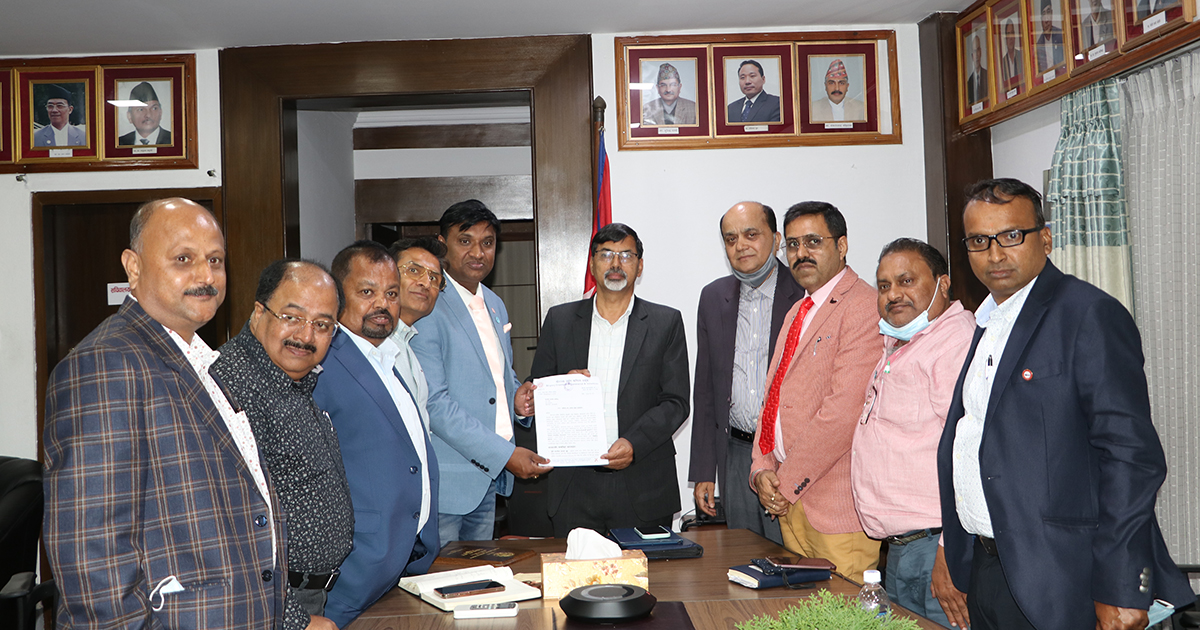 He called Kulman Ghising, managing director of NEA, after businessmen complained of power cuts in industries and factories since Tuesday.

On Wednesday afternoon, Finance Minister Sharma called Managing Director Ghising and inquired about the state of power supply and distribution. He directed Ghising to regularize the electricity being provided to the industries and factories by addressing the current problem immediately. "Please solve the current problem as soon as possible and provide regular electricity to the industries as per their demand," said Finance Minister Sharma while instructing Managing Director Ghising.

Officials of the Birgunj Chambers of Commerce and Industry visited the Ministry of Finance on Wednesday afternoon to meet Minister Sharma. In the meeting, the industrialists complained about the power cut at industrial units since Tuesday. After that, Finance Minister Sharma immediately called MD Ghising, and instructed him to ease the power supply.

During the meeting, the industrialists of Birgunj shared their problems and gave important suggestions to help in the preparation of the upcoming budget.

A team led by Subodh Kumar Gupta, president of Birgunj Chambers of Commerce and Industry, said that the industries have been facing problems due to load-shedding since Tuesday.

KATHMANDU, June 26: Minister for Education, Science and Technology, Devendra Poudel has complained that the Ministry of Finance has not... Read More...

KATHMANDU, May 20: Minister for Finance Janardan Sharma has assured the parliament that the government will incorporate all recommendations and... Read More...

SINDHUPALCHOWK, Nov 9: Finance Minister Janardan Sharma has stated that his goal is to collect 200 times more revenue than... Read More...