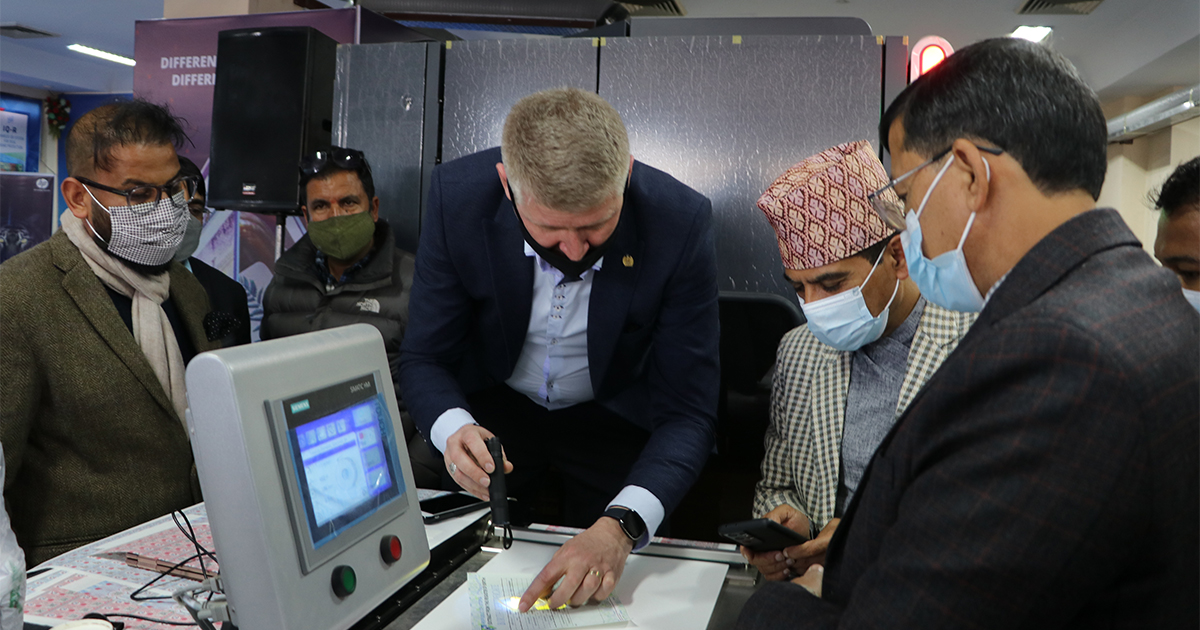 "We need about three billion pieces of stickers. How many such machines are needed to print those three billion stickers? I urge you to install the required number of machines to print the stickers that meet specified criteria,” Minister Sharma directed the officials concerned.

Minister Sharma also directed the ministry to make arrangements to print the required number of stickers within a period of one year.

Stating that he saw only profit in the security printing press, Minister Sharma said that the government would not hesitate to invest in it. "It is a big business, so the investment made for this yields profit for the country," he said. “I don't think the government should be reluctant to invest in a profit making sector like this.”