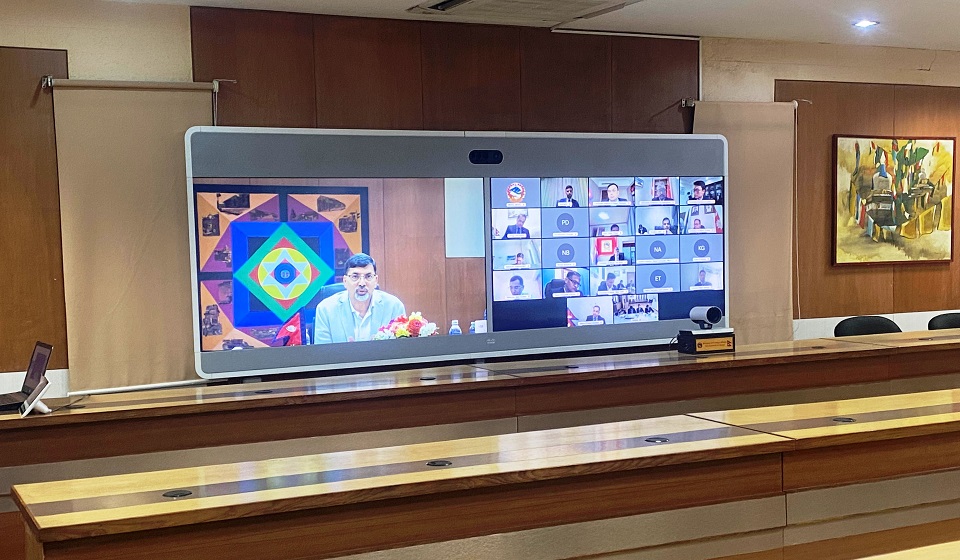 KATHMANDU, April 11: Finance Minister Janardan Sharma has directed the Nepali missions abroad to take initiatives for bringing in as much remittance as possible from the citizens living abroad and increasing the number of foreign tourists in Nepal by conducting promotional programs.

In a virtual meeting with more than two dozen ambassadors, acting ambassadors, and consul generals on Sunday afternoon, Finance Minister Sharma said that all parties should work together as the government is under pressure to increase foreign exchange and make the balance of payments positive.

"We are under pressure to increase our foreign exchange reserves at this time. For this, you all have a significant role to play,” Sharma said. “You all should encourage people to send money to Nepal through remittances and conduct promotional programs to attract more tourists here.”

Similarly, stating that remittance of Rs 91 billion has been received in April, he said that this is just satisfactory and needs to be increased further. “We are launching various packages to increase remittance inflow. Nepalis living abroad have been allowed to invest their remittances in IPOs and FPOs by allocating a certain percentage,” Sharma said.

Similarly, discussions were held with the Nepali missions and embassies and consulates abroad to get suggestions for the preparation of the upcoming budget.

‘Remittance will be used for capital formation now’

KATHMANDU, June 6: The government has clarified that budget for the coming fiscal year 2019/20 has been allocated in order... Read More...

Let's not overshadow the issues that Prem Archaya tried to raise: Dr Toshima Karki
52 minutes ago