Finland in semifinals after 4-0 victory over Sweden 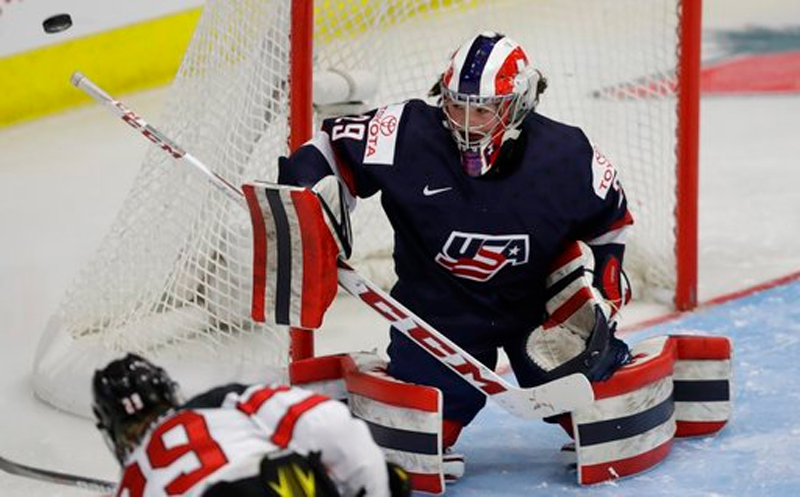 After facing a barrage of shots against Canada and the United States, Raty had to make only 16 saves Tuesday in a 4-0 victory over Sweden that lifted Finland into the semifinals of the women's hockey world championship.

"I was telling girls thanks for giving me kind of a day off here," Raty said. "My teammates earned a shutout for me."

Finland will face Canada on Thursday. The United States takes on either Russia or Germany in the other semifinal.

Finland upset Canada 4-3 on Saturday in the group stage, and the Finns also played the Americans tough, losing 5-3 on Monday night. The quarterfinal against Sweden wasn't much of a contest, with Finland outshooting its rival 42-16.

Sara Sakkinen and Linda Valimaki scored in the first period, and Jenni Hiirikoski made it 3-0 with a goal early in the second. Susanna Tapani scored in the third.

"We were very solid for the whole 60 minutes," Tapani said. "We have so much confidence now."

Raty made 35 saves against both Canada and the U.S., but the former University of Minnesota star had a lighter workload Tuesday against Sweden.

Finland won the bronze medal at the Vancouver Olympics, but finished off the podium at Sochi. The Finns won bronze at the world championship in 2015 and placed fourth last year, so it's no surprise that they're again contending for a medal.

What's impressive this year is that there hasn't been much of a gap — so far — between them and the North American teams that have dominated this sport.

Finland never trailed in its win over Canada over the weekend. Now the teams will play again with a spot in the final at stake.

"I think we should be feeling pretty good, but still we know we're going to be the underdogs," Raty said. "We know all the pressure's on Canada. They also have something to prove."

England move into semi-finals after 2-0 win over Sweden