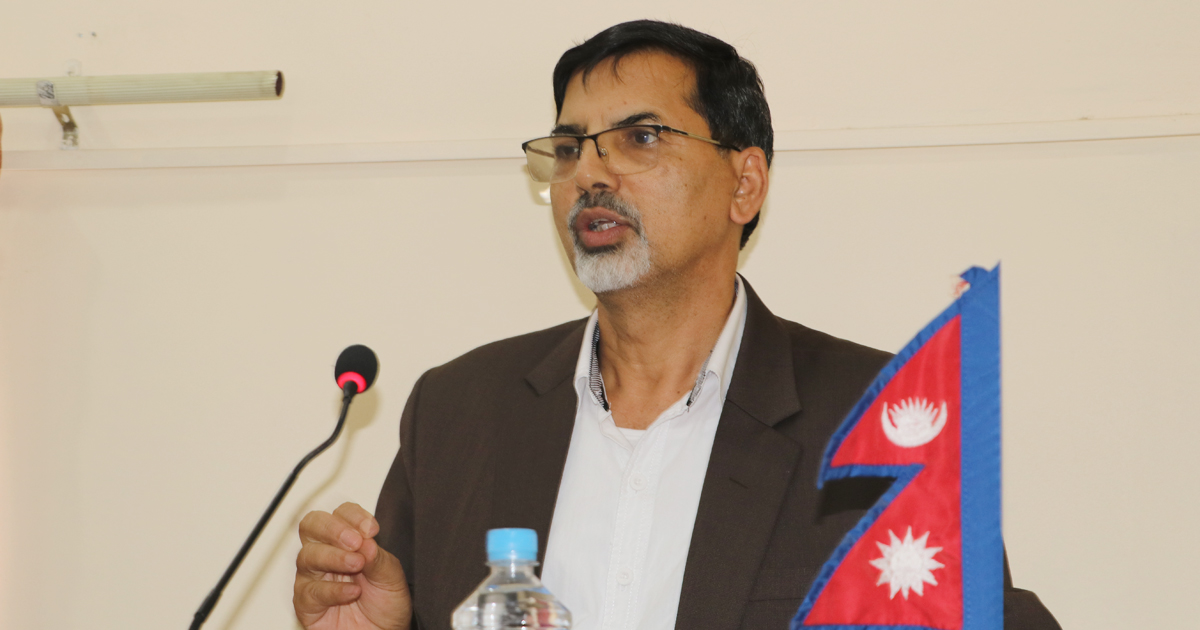 During an interaction with the officials of the Inland Revenue Department on Thursday, Minister Sharma said that development of the country is not possible from the current state of revenue collection and asked them to submit a new action plan to double it.

“Think carefully and you will find ways to increase revenue,” he said, “For that, whatever you need including manpower, technology, and training will be provided. But we have to work with the goal of doubling the revenue.”

Minister Sharma directed the government bodies to make a plan to develop a culture of taxpayers willingly paying taxes on time instead of imposing laws on them. "Taxpayers themselves should be enthusiastic and pay taxes. Make a proposal on what the ministry should do to create such an environment,” Minister Sharma further said, "There is a need for qualitative improvement."

He also pointed out the need to assess the assets of the entire nation. "What is the overall assessment of our country? Where is the record? How much is the property of the people? How much is government-owned property? We also need a plan to keep record of all these,” he said.

Speaking on the occasion, Finance Secretary Madhu Kumar Marasini said that revenue was the lifeblood of the country and there was a possibility of change in the target of revenue collection. He instructed revenue employees to work harder. Emphasizing that all the 84 offices under the Inland Revenue Department should do MRI of the problems seen in revenue collection, Secretary Marasini said that solutions should be found.

He directed to make all the revenue offices as paperless, faceless and physically contact free and technology-oriented as far as possible. Stating that the domestic revenue, which has been around 9 percent of GDP since VAT was imposed in 2054 BS, has reached 22 percent, he urged officials to integrate it in the billing system to manage it properly.

Stating that only 30 out of 84 revenue offices in different parts of the country have met the target, he directed all the offices to work as per the target.

Director General of the Inland Revenue Department Jhakka Prasad Acharya informed that the IRD has contributed 46 percent to the total revenue of the fiscal year 2020/21. Last year, 45 percent of the total revenue was collected from the customs department, 7 percent from non-tax revenue and 2 percent from others. Out of the target of Rs 450 billion set for the IRD for the Fiscal Year 2020/21, Rs 429 billion was collected. A target of Rs 522 billion has been set for the current fiscal year.

Similarly, 4.66 million people have taken permanent account number (PAN) cards till mid-July and 290,714 taxpayers are associated with value added tax (VAT). Although entrepreneurs are formally involved in the tax net, the number of those who do not submit their annual returns is increasing every year, said Director General Acharya.

KATHMANDU, Dec 8: Finance Minister Janardan Sharma has said that 90 percent of the post-earthquake reconstruction work has been completed. Read More...

Budget for road projects halted by FinMin not to stop

KATHMANDU, Dec 1: Finance Minister Janardan Sharma in the Substitution Bill had said that plans for 1400 small roads would... Read More...