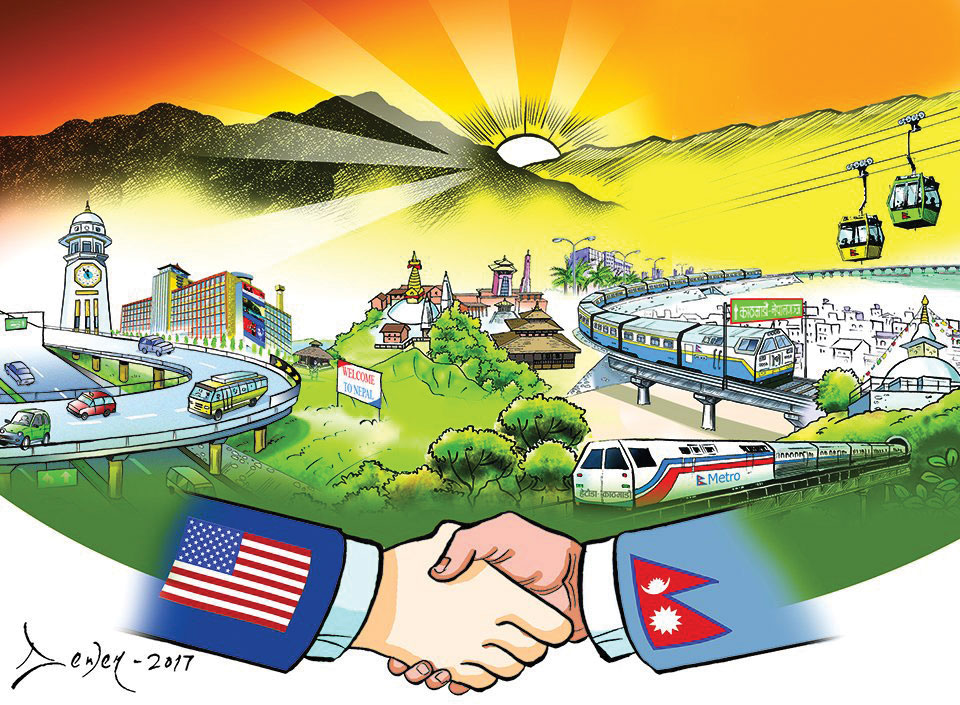 KATHMANDU, Nov 21: The 5th meeting of the Nepal-US Trade and Investment Framework Agreement (TIFA) Council is scheduled to be held on December 12 in Kathmandu, which will take forward the issues of bilateral trade that have been under discussion.

Nepal signed the TIFA with the world’s largest economy on April 16, 2011. Under the provision, the two countries had agreed to hold the TIFA council meeting every year. Last time, the meeting was held in the US on November 13, 2018.

The American side had expressed its interest to conduct the 5th TIFA meeting by June this year. But it could not be carried out after it failed to respond to the Nepali side, expressing dissatisfaction over Foreign Investment and Technology Transfer Act that Nepal enacted before Nepal Investment Summit 2019, according to officials of the Ministry of Industry, Commerce and Supplies.

“The US side had expressed disagreement on the government move for not considering their involvement while drafting the act,” said a ministry source. The US has long been expressing its concern over the investment environment in Nepal to inject capital from American investors. “With the reason, they did not even reply to several letters forwarded by the ministry to fix the date for TIFA meeting.”

The goods include certain carpets and pashmina, headgear, shawls, scarves and travel items. However, traders have been complaining that the facility offered by the US is of the least use as the privileged basket of goods does not include the major export items in which Nepal has high comparative advantage.

Citing the demand of Nepali side, US officials during the fourth TIFA meeting had assured Nepal that Nepali readymade garments will be considered for the list. They had also expressed their interest to provide technical support to Nepal to promote production of the goods under TPA lists. “However, no progress is seen so far in the line,” the ministry source said.

KATHMANDU, Feb 6: High-ranking government officials from Nepal and India are meeting in Pokhara, the capital of Gandaki province on... Read More...

POKHARA, Nov 22: Gandaki Province chapter of Federation of Nepalese Chambers of Commerce and Industry has signed a Memorandum of Understanding... Read More...

Nepal has stock of 20 million doses of vaccines against COVID-19: Health minister
47 minutes ago