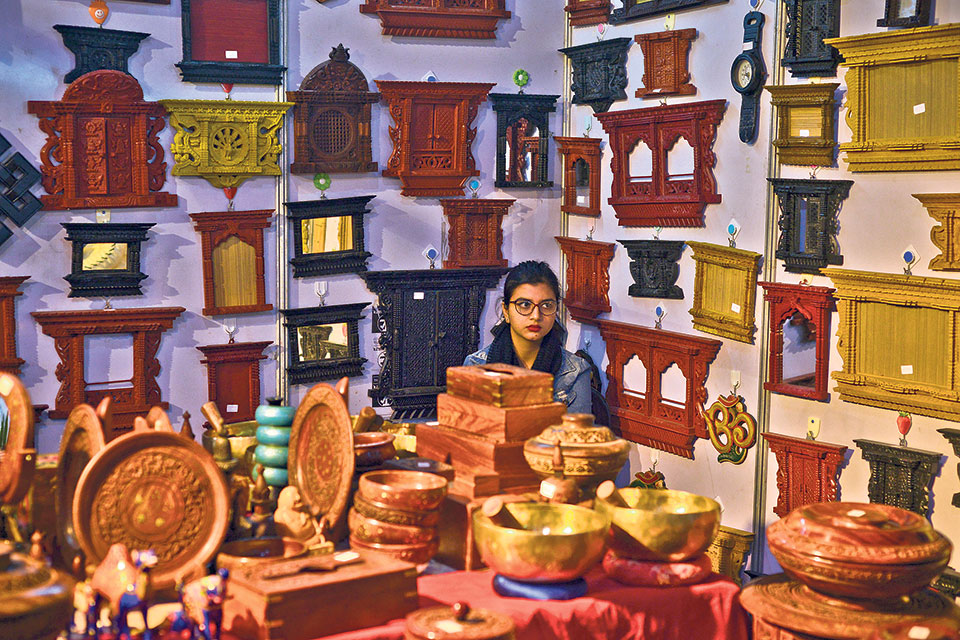 KATHMANDU, June 2: The Federation of Handicraft Associations of Nepal (FHAN) has welcomed the budget announcement for the Fiscal Year 2018/19 by Finance Minister Yuba Raj Khatiwada, stating it to be positive toward developing and promoting the handicraft sector.

But the association is also concerned with the government’s failure to address some of the issues the association has been raising for the promotion of the handicraft sector.

The government’s announcement to run programs to develop and expand export-oriented industries like carpet, jute, readymade garment, pashmina, cotton, shoes and handicrafts with an objective to make the country self-reliant on key industrial products has elated the association.

Issuing a statement on Friday, the FHAN said the budget allocation for the study to establish one industrial zone, one economic zone, and one special economic zone in each province is positive. The government announcement to open an industrial village in collaboration with the private sector in each local unit is commendable, according to the FHAN’s statement.

In the budget speech, Minister Khatiwada had said that funds will be allocated to set up a permanent exhibition hall in all diplomatic missions abroad to showcase Nepal’s handicraft and other products as part of the government’s efforts to promote export. The federation appreciated this decision.

Likewise, the decision to increase the export cash incentive to 5 percent has drawn appreciation from the private sector, including the federation. Earlier, there was 2 percent of cash incentive upon the export of goods and commodities from Nepal.

However, the federation has expressed concerns about the budget’s failure to address its one key demand to amend a provision in the Public Procurement Act that requires government agencies to purchase goods worth above Rs 5,000 from only those firms which are registered for value added tax (VAT).

“Industries and firms producing handicrafts are not required to register for VAT. However, the provision to buy goods above Rs 5,000 through VAT-registered firms makes it difficult for the government to buy from handicraft firms,” read the statement. “Handicraft industries were raising the issue to make amendment to this provision. However, the budget did not address the issue,” the statement added.

Similarly, the federation has also said that its request to amend a rule allowing exporters to send goods worth only $150 without advance payment certificate of Letter of Credit. “The association has been requesting the government for years to amend such provision and allow goods worth $1,000 to send as sample, which has also not been addressed in the budget speech. This does not send positive message toward boosting export of the country,” the statement added.

KATHMANDU, April 26: Prime Minister KP Oli has come down heavily on government officials for their failure to expedite the post-earthquake... Read More...