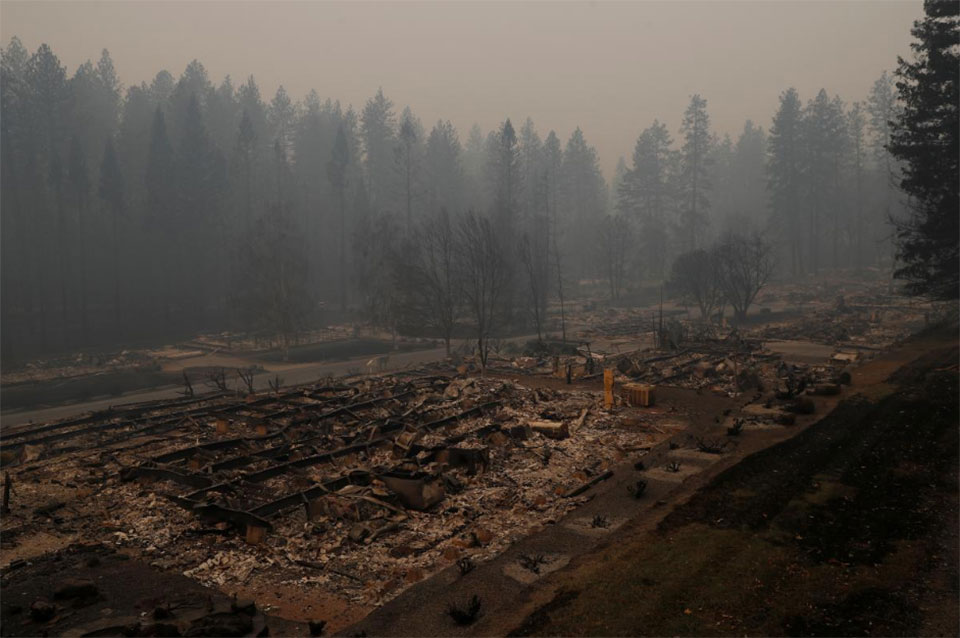 PARADISE, Nov 12: The death toll from wildfires raging in California rose to 31 on Sunday after six more people were found killed in what was poised to become the deadliest wildfire in state history.

Officials said the bodies of five people were found in their burned-out homes and the sixth was found in a vehicle in northern California’s Camp Fire, Butte County Sheriff Kory Honea told reporters on Sunday evening.

More than 200 people are still unaccounted for, Honea said.

The so-called Camp Fire in the northern part of the state has claimed at least 29 lives since it broke out on Thursday. Hundreds of miles (km) to the south, at least two people have died in the Woolsey conflagration threatening the wealthy beach community of Malibu, near Los Angeles.

Looting was reported in the southern fire area and arrests were made, police reported.

Hot dry winds expected to blow until Tuesday whipped up the flames and heightened the urgency of evacuation orders, officials said.

“We are entering a new normal. The rate of spread is exponentially more than it used to be,” said Ventura County Fire Chief Mark Lorenzen, noting at a news conference that California’s fires in 2018 grow far more quickly than they did even 10 years ago.

Several officials urged residents to heed evacuation orders, noting they themselves had followed orders to leave their homes for safety.

“Winds are already blowing. They are going to blow for the next three days. Your house can be rebuilt but you can’t bring your life back,” said Chief Daryl Osby of the Los Angeles County Fire Department.

The Camp Fire burned down more than 6,700 homes and businesses in Paradise, more structures than any other California wildfire on record, and the death toll, which could rise, also makes it one of the deadliest.

Its death toll now equals that of the Griffith Park Fire in 1933, the deadliest wildfire on record in California.

Several of the bodies discovered earlier this week were found in or near burned out cars, police have said. The flames descended on Paradise so fast that many people were forced to abandon their vehicles and run for their lives down the only road through the mountain town.

Winds of up to 40 miles per hour (64 km per hour) were forecast to blow in the north and gusts of up to 70 mph (113 kph), the so-called Santa Ana “devil wind,” were expected in Southern California.

The Woolsey Fire doubled in size from Friday night into Sunday, threatening thousands of homes after triggering mandatory evacuation orders for a quarter million people in the upscale Malibu beach colony as well as other communities in Los Angeles and Ventura counties.

“We’re putting everything we’ve got into the fight against these fires and this request ensures communities on the front lines get additional federal aid,” Brown’s letter said.

Trump, on a trip to France, said in a Twitter post early Sunday, “With proper Forest Management, we can stop the devastation constantly going on in California. Get Smart!”

The Republican president has previously blamed California officials for fires and threatened to withhold funding, saying the state should do more to remove rotten trees and other debris that fuel blazes.

State officials have blamed climate change and said many of the burn areas have been in federally managed lands. 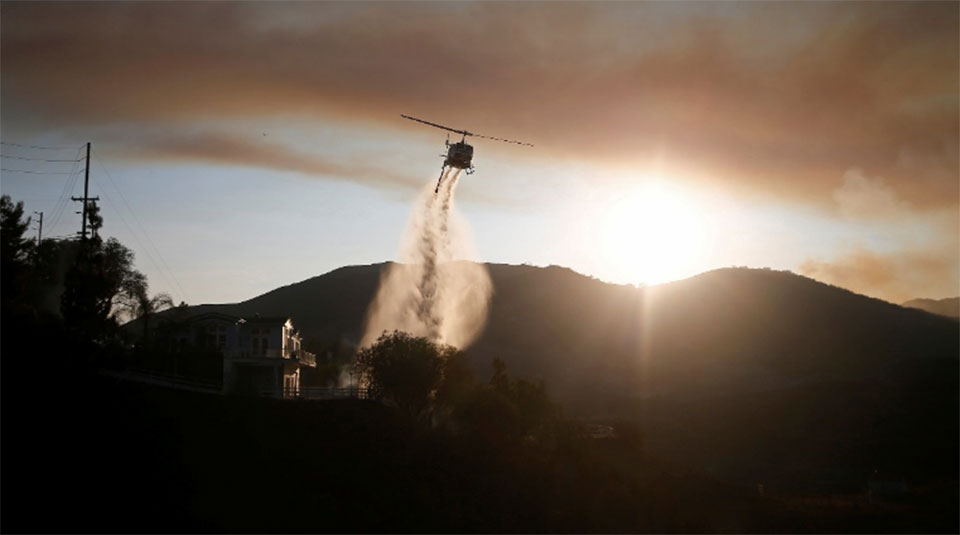 CALIFORNIA, Aug 2: A massive wildfire in Northern California has torched more than 1,000 homes in and around the city... Read More...