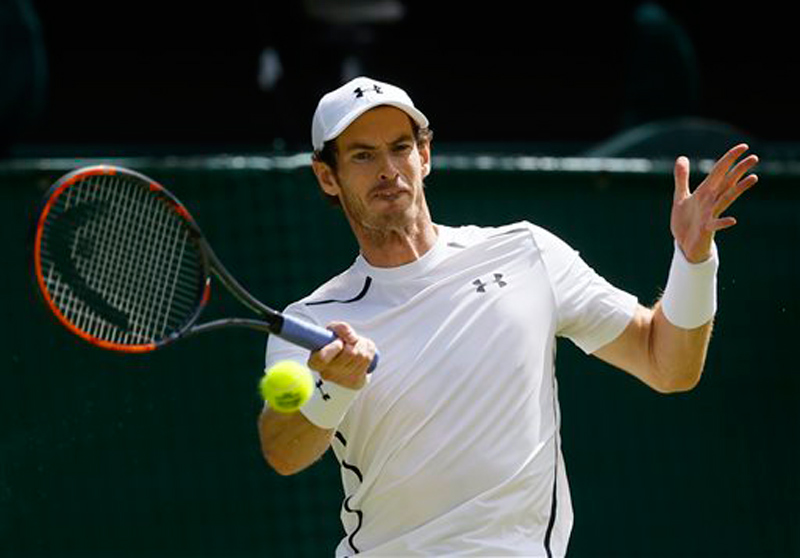 TORONTO,  July 20: Roger Federer and Rafael Nadal have pulled out of the Rogers Cup, leaving the Toronto tournament without three of the world's top four men's tennis players.

Tennis Canada announced the withdrawals Tuesday, a day after Wimbledon champion and world No. 2 Andy Murray said he would not defend his Rogers Cup title this year, citing fatigue.

No. 3 Federer is coming off a run to the semifinals at Wimbledon, where he lost in five sets to Canada's Milos Raonic.

"Toronto is one of my favorite events on the calendar and I am disappointed that I won't be able to compete in front of the great tennis fans in Canada," Federer said in a statement. "Looking ahead, it is best for me that I take more time after Wimbledon. I look forward to coming back to Canada next year."

Fourth-ranked Nadal has not played since withdrawing from the French Open after suffering a wrist injury.

"I only started practicing a week ago after my wrist injury and I am not ready to play such an important event," he said in a statement. "I am very much looking forward to playing in Toronto in a couple of years since I have always been treated great in that tournament and have a lot of great Canadian fans."

Top-ranked Novak Djokovic and Raonic, whom Murray beat in three sets in the Wimbledon final, remain part of the Rogers Cup field.

The tournament begins with the start of qualifying on Saturday.

PRAGUE, Sept 24: Roger Federer and Rafael Nadal took care of business in their singles matches before teaming up in... Read More...

LONDON, Sept 6: Andy Murray has been selected to lead Britain's team for the Davis Cup semifinal against Argentina next... Read More...