Father fights hard to bring justice for his slain son 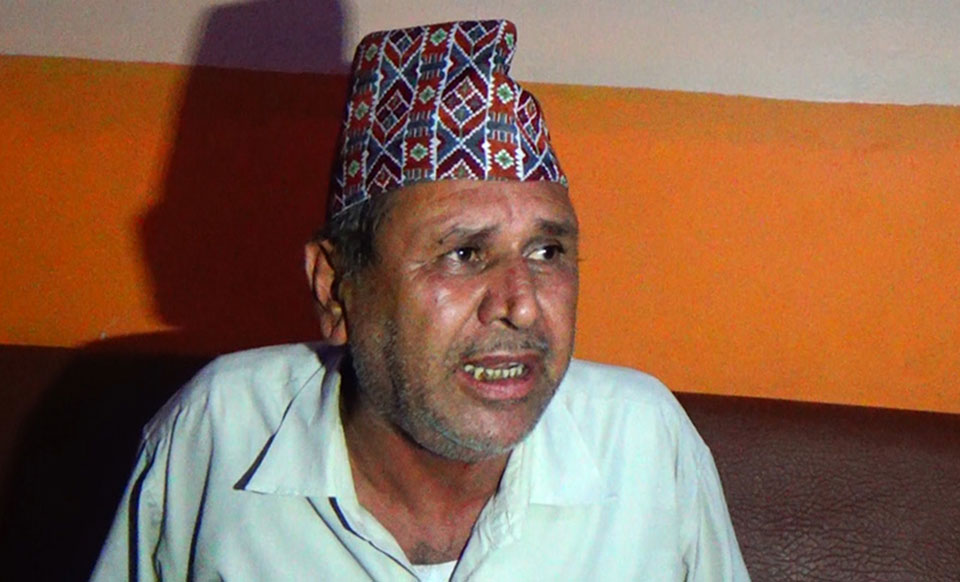 DHANGADI, Sept 6: It has been six years since the murder of Om Prakash Panta, yet his killer is still unknown. Father Sri Krishna, has been asking for justice since the death of his son Prakash.

He has already sought help from the police, human rights commission, politicians, ministers, Journalists and those in highest authority and power.

On last Monday, Sri Krishna organized a press meet and made an appeal to one and all to find out the assailant of his son and bring him to justice. He said negligence from the police drew no conclusion to his sons' murder. He further added that the meetign has been called after having seen lackadaisical approach to the Kanchanpur incident.

Sri Krishna said he met with Chief District Officer of Kailali and requested him to investigate the murder of his son. He complained that, like Nirmala Panta's case, police neglected his son's case and might have destroyed the evidence.

Police have not commented yet whether it was murder or death of Om Prakash Panta. Then, SP Ghana Shyam Aryal had vowed to find the killer in 30 days, Sri Krishna said.

On December 12, 2012, at 12 pm, Om Prakash left his house for Uttar Behadi, Dhangadi Sub-Metropolitan City-14, fearing his death. His sister informed the police control room, but the officials laughed at her. The next day, his body was found near Uttar Behadi's central department. His neck had been slit with a sharp weapon.

Sri Krishna says a metal weapon was found near the body. Police didn't try to find the fingerprints on the weapon,and the owner of that weapon. Police acted carelessly in the incident. He added, he had given the name of suspects to the police but the police have not investigated it till now.

"Quarrels with his neighbours over the land border issues could be one of the reasons behind his son's murder," he said.

POKHARA, Aug 25: A 14-year-old girl who went missing since last Thursday has been found dead on Friday evening. ... Read More...

DHANGADI, April 20: With a surprise journey in the tournament, Dhangadi Team Chauraha has placed itself in the final of... Read More...