Fate robbed him of chance to see infant son's video 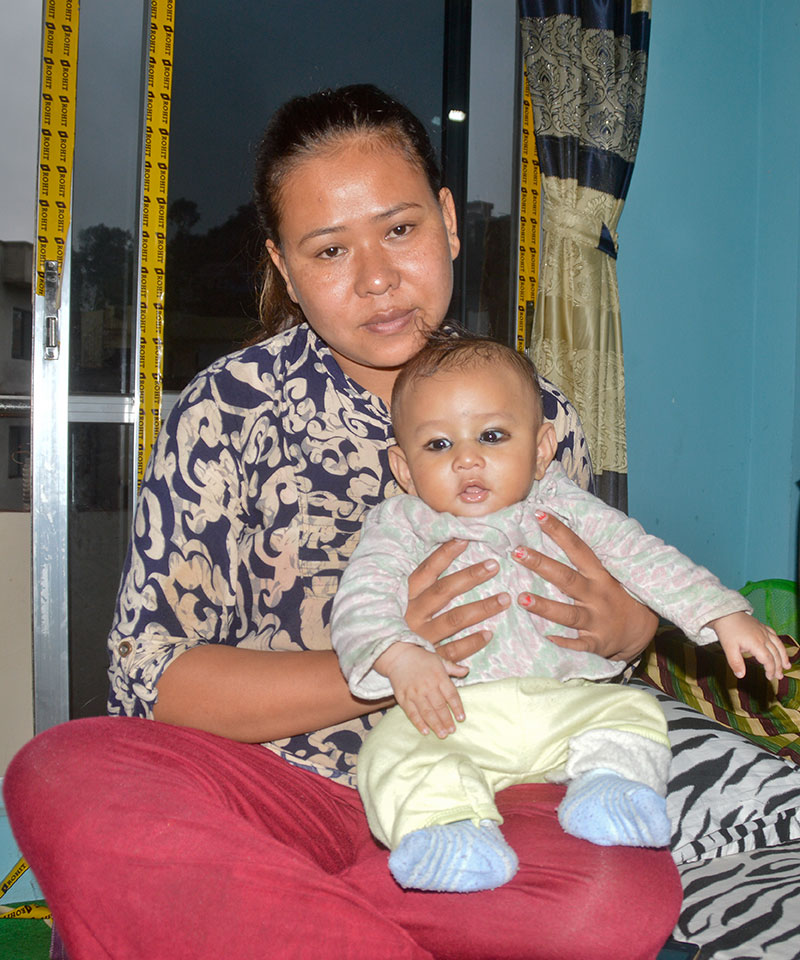 The wife and infant son of Jitendra Singh Thapa, who was among those killed, at their rented room in Naikap, Kathmandu. (Pratik Rayamajhi/Republica)

KATHMANDU, June 22:  Till late Sunday night, Jitendra Singh Thapa, 42, had talked with his wife on the phone about their infant son  Jiten, whom he had left behind just a few days after birth, upon finding a lucrative job in Afghanistan.

During their last conversation, Thapa had made a 'special request' to his wife to send photos and videos of their son. And spouse Sanjita Lama Thapa, 30, took lots of photos on Monday morning, but these could never be sent.

“While we were uploading the photos around 3 pm, I got a call from one of my friends about the terrorist attack in Kabul,” lamented Sanjita, surrounded by relatives and friends in her rented room at Naikap, Kathmandu.

While the relatives and friends condemned in no uncertain terms the terrorist attack that killed 14 security guards including 12 Nepalis in the Afghan capital, Sanjita said, “He was preparing to go to Iraq but I objected for security reasons, thinking that Afghanistan was safer.”

“But the terrorists have killed my hope, wrecked the pillar of my life and darkened our future.”
Jitendra, a retired Indian Army serviceman, had already worked in the red zones in Iraq and he was much in demand for his experience. But on the insistence of his family, he returned and then went for a similar security guard job in Afghanistan.

He had reassured his family that the Canadian embassy where he was employed was not a Taliban target unlike the US embassy. “He frequently said that his duties were relatively safe and it was only a few minutes from his apartment,” his wife recalled.

The two had married just two years ago and their dependents had shifted to Kathmandu from Rupandehi district.

With her smiling infant on her lap, Sanjita said, “He wanted this boy to join the British Army when he grew up and suggested I massage his arms and legs well.”

He is a gift left behind to share the dreams of his father with, she added.

The sheaf of papers he had asked her to 'keep safe' now haunt her. “The papers concern the recruitment agencies and insurance policies and include important documents useful for claiming the body just in case and reparations if any.”