Farmers in far west worried due to shortage of fertilizers 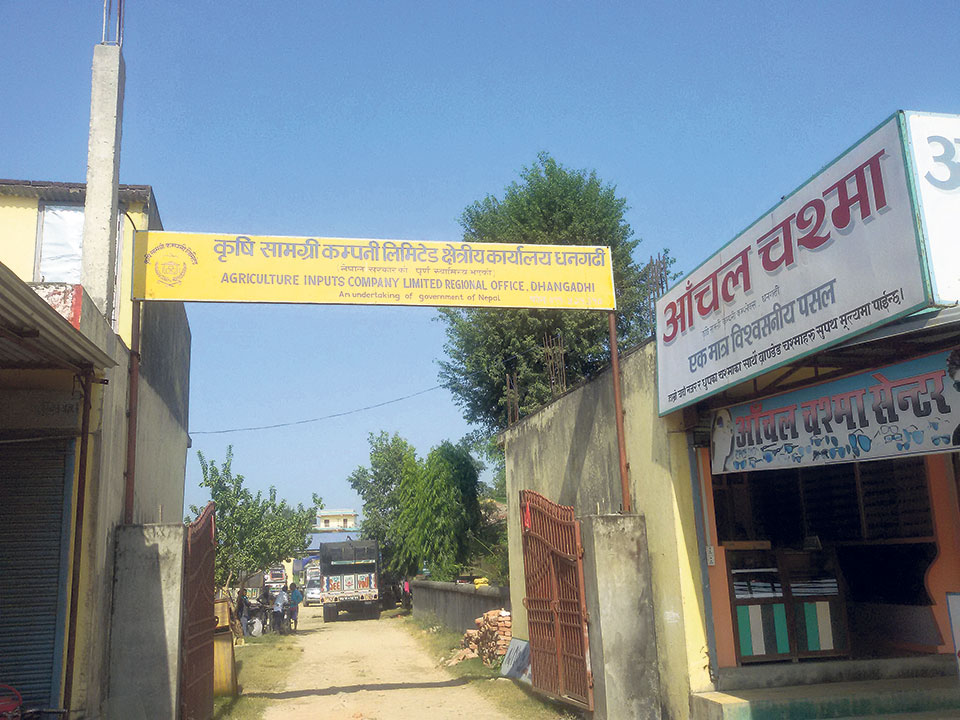 KAILALI, Dec 22: Farmers in far-western Nepal are worried that their winter crops will be affected due to a shortage of fertilizers.

It has been 25 days since the far-western branch of Agriculture Input Center ran out of its stock of chemical fertilizers. According to farmers, wheat will be a major crop to be affected. This winter crop requires chemical fertilizers Urea and Diammonium Phosphate (DAP) for quantitative yield.

The current situation that seems to be unaddressed by the concerned authorities has left farmers in the region deeply worried.

Rana Bahadur Bam, a farmer from Matkaina, said: “Irrigation has been done already and the crops have been planted. But, due to lack of fertilizers, the productivity of our yield is sure to be affected.”

"Without fertilizers, the yield would not come to fruition. It has greatly unnerved us," a visibly unsettled Bam said.

Farmers in the region have to buy necessary fertilizers from the market at relatively higher prices than what is offered by the government.

Lokendra Bohara, a farmer from Dhangadi, said: "When we try to get fertilizers from the Indian markets, it is termed illegal and seized. We are left with no option than to buy from local traders at higher prices."

While there is shortage in the government bodies, the market is flooded with the chemical fertilizers. Farmers state that the situation has resulted from lack of proper inspection that should have been carried out on cooperative organizations who are authorized by the government to sell fertilizers.

Agricultural cooperatives have been charging up to Rs 300 higher than the official rates given to them by the government. The cooperatives claim that they have to charge higher to compensate for the costs of transportation, loading, and unloading. Farmers, however, are not willing to buy that excuse.

Durga Prasad Pandey, province head of Agricultural Input Center, acknowledged that he was aware of the ongoing shortage of fertilizers. "The stocks of the chemical fertilizers have finished. The new stock will arrive within the next week," he said.

DHANGADHI, Oct 27: Ram Gulabi Chaudhary is worried these days after irrigating the land that he had leased to cultivate barley... Read More...