Families use Facebook to search for loved ones after fires 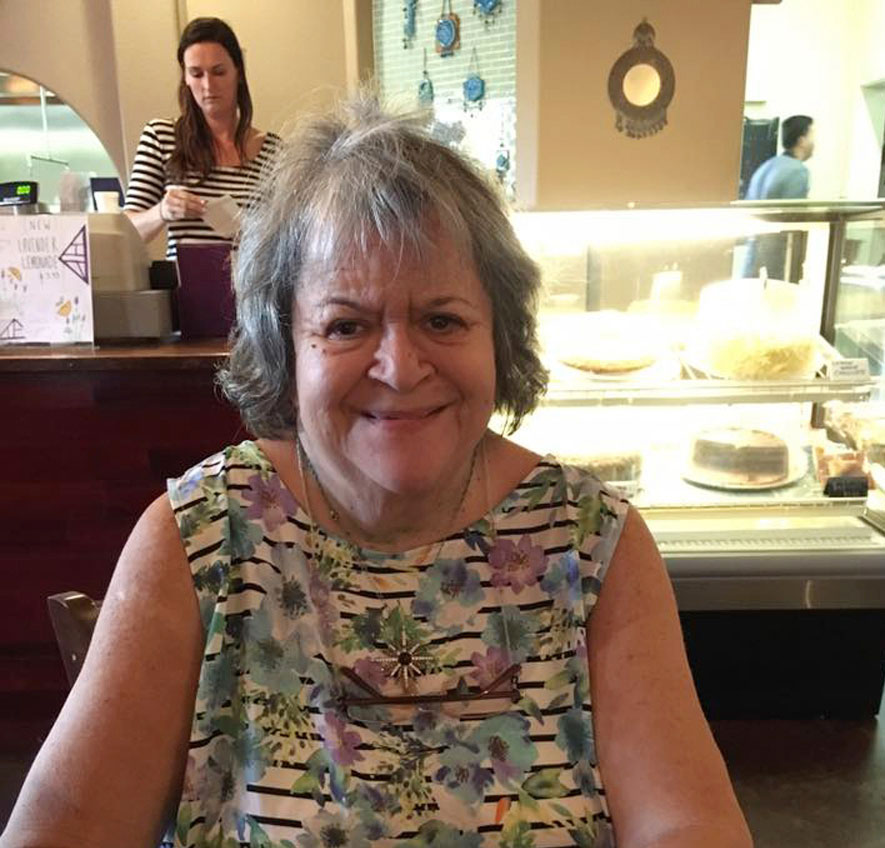 This Saturday, Oct. 7, 2017 photo provided by Jessica Tunis shows her mother, Linda Tunis, at a café in Petaluma, Calif. Linda Tunis is among the missing in the wildfires that have been ravaging Northern California. (AP)

SAN FRANCISCO, Oct 11: Desperate to find her mother after hearing her say "I'm going to die" over the phone as her mobile home caught fire, Jessica Tunis thought she should put her mom's name and picture on Facebook with a plea for help, a now common and constant move for concerned loved ones in disasters such as the Northern California wildfires.

"At first, I don't know what I was thinking, but I wanted to respect my mother's privacy," Tunis, whose mother was still among the missing amid the fires, told The Associated Press on Tuesday night. "I didn't want to spread her all over the place."

She soon realized that was exactly what she wanted to do. She joined the dozens of people posting heartfelt pleas like "Looking for my Grandpa Robert," ''We are looking for our mother Norma," or "I can't find my mom," with hopes they are just out of touch and not among the dead. The increasingly familiar ritual was seen with recent hurricanes Harvey, Rita and Maria and after last week's Las Vegas shooting.

Nearly 200 people were reported missing, though authorities say many are believed to be safe just unable to communicate with friends and family because of downed communication lines in the fire areas.

Tunis posted a picture of her mother smiling at a café with the caption, "Does anyone know if Journey's End Mobile Home Park got evacuated before it burned down? I can't find my mom, Linda Tunis."

Most, including the owner of the trailer park and residents who talked to the AP, believe everyone did, in fact, get out before it burned to the ground. But Linda Tunis is still missing.

Jessica Tunis' post spawned well over 100 comments, most from strangers. Some gave suggestions of places to look or call. Many just gave good wishes and prayers, then came back to ask for updates. Others took it as an assignment.

"I've had people going to shelters for me because of Facebook," Tunis said. "It does help. For sure. Anything helps."

It's only drawback, she said, has been false reports and false hope.

"One person messaged me that they saw her," Tunis said, "they said she was looking at her phone. I knew that wasn't her. You get your hopes up for a split second."

Tunis said the online support has given her hope, but can't stop thinking that her mother might have been missed during the evacuation.

When her mom called to say her house was on fire before dawn Monday, Tunis screamed repeatedly for her to get out.

"She said 'I can't get out. There's fire at both doors. My house is on fire.' She just kept saying 'fire,' and coughing. She said 'I'm going to die.' Then the phone went dead."

Jessica Tunis was not among the lucky ones whose loved ones turned up within hours or minutes after their Facebook posts.

"This is my grandma," read a post by Mica Jennings. "We haven't heard from her all day and have checked the shelters ... with no luck."

Then, a few hours later, the post was edited: "UPDATE: FOUND."

Rohingyas in Kathmandu search for their loved ones (with video)

KATHMANDU, June 18: Mohammed Karim, 27, gets melancholic as he remembers the last time he celebrated Eid with his parents,... Read More...

GUATEMALA, June 5: The death toll from a volcanic eruption in Guatemala rose to 69 on Monday as family members desperately... Read More...