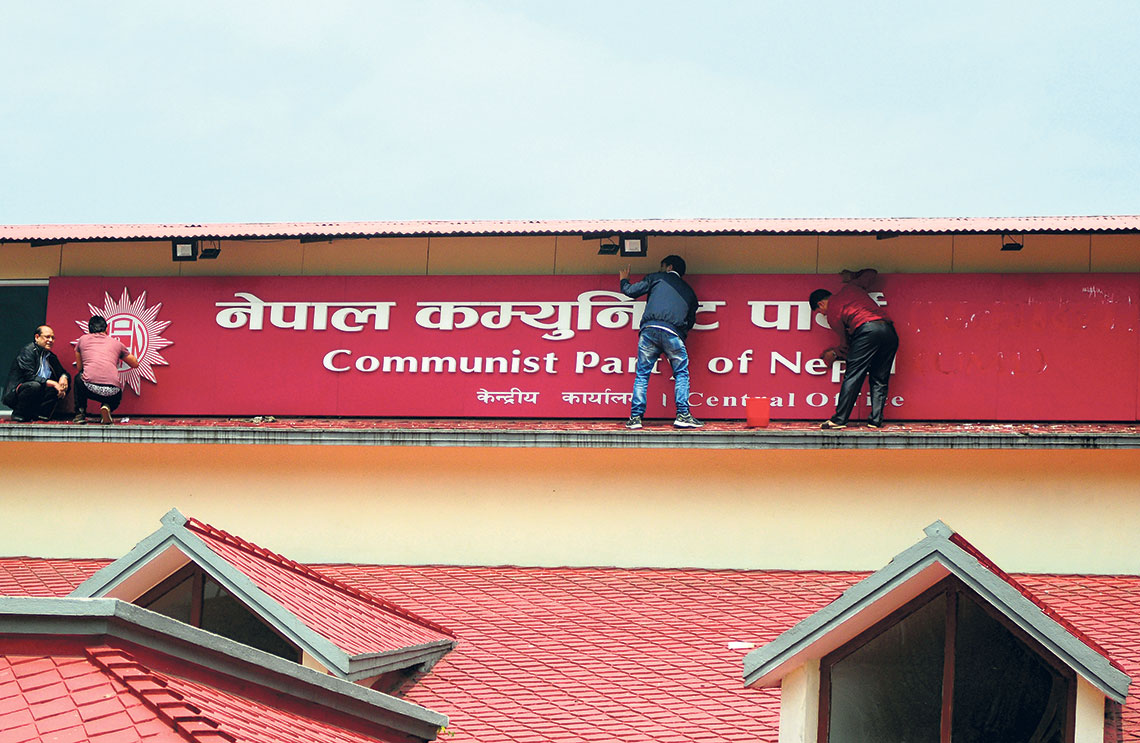 KATHMANDU, Feb 8: Nepal Communist Party (NCP) leaders continue to remain divided over plans to dissolve a high-level unification taskforce after it failed to finalize the merger of lower committees and sister wings within the given deadline.

Three weeks past the deadline, the taskforce has only been able to do a fraction of the given task due to disagreements among its members, mainly due to factional wrangling over stakes in the unification process.

The proposal to adopt ‘one person, one position’ policy in the party was another reason for the delays, leaders said.

The proposal seeks to bar leaders from holding two positions – in the party and the government – at the same time. If endorsed, several leaders including Province 5 Chief Minister Ishwar Pokharel and Province 4 Chief Minister Prithvi Subba Gurung will have to give up their party responsibilities.

Leaders said that senior leader Madhav Nepal’s demand to reconstitute the party’s provincial committees and lower committees was also causing delays in the unification of the lower-rung committees.

Nepal and Narayan Kaji Shrestha had even submitted a memo criticizing the handling of the unification process and overall functioning of the party. The duo, together with senior leader Jhalanath Khanal, Ram Bahadur Thapa and Bamdev Gautam, have been demanding fair share of portfolios for their loyalists.

The then CPN-UML and CPN (Maoist Center), which merged in May last year, have not been able to conclude the merger of the districts and local committees, especially due to wrangling among various factions.

A taskforce member said that Oli and Dahal have continued appointing their loyalists in the district chapters and this has hindered the unification process.

“The unification related hurdles will remain until top leaders reach some kind of understanding on sharing of power at the lower bodies and sister wings,” said the leader.