Factbox:'Fallen Stars' from a day of bloodshed in Myanmar 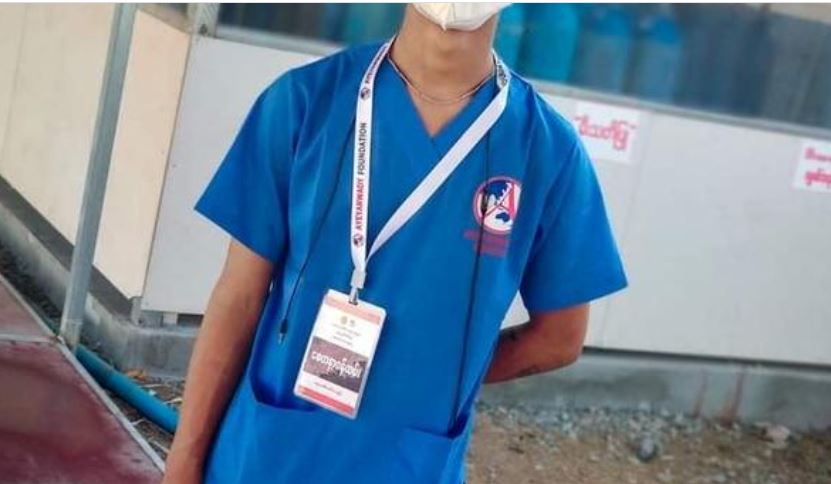 FILE PHOTO: Aung Zin Phyo, an 18-year-old who volunteered in Myanmar's COVID-19 response and was killed at a protest on March 27, 2021, is seen in an undated photo obtained by REUTERS.

MYANMAR, March 28: Opponents of Myanmar’s Feb. 1 military coup call those killed by security forces the “Fallen Stars” of protests against the junta and Saturday was the bloodiest day so far with at least 114 civilians reported dead by local news services.

Marked by the military as Armed Forces Day, it was also the full moon day of the last month in the Burmese year, the end of the dry season and a day on which people would normally have gone to pagoda festivals in the largely Buddhist country.

Below are the stories of some of the civilians who were killed and wounded, as recounted by family members, witnesses and media reports. An army spokesman did not answer calls requesting comment. Reuters could not independently verify details of the deaths.

Aung Zin Phyo was the goalkeeper of Lin Latt Futsal Club in Mandalay, Myanmar’s second city. He was shot dead by junta forces in Mandalay’s Chan Mya Thar Si Township, his family said. He was in the front line of the protesters. He had volunteered to help at a local intensive care centre during a second wave of COVID-19 infections. His mother cried beside the coffin and said: “I have only this son... Let me die so that I can be together with my son.”

Aye Ko had four children and sold traditional coconut snacks. He also served as a watchman in his Aungmyethazan township of Mandalay. His wife told Reuters how he had been shot and wounded by soldiers. He hid behind a market stall, but the soldiers found him. First they said they would beat him to death, then they dragged him into a bonfire of car tyres that protesters had set up for a barricade. He burned to death, she said.

Ma Shwe Myint, a mother of two, was shot dead during a protest in Bhamo, Kachin State, according to local media service Bhamo Platform. She was from the minority Palaung ethnic group in Myanmar’s northernmost state, which borders China. Bhamo Platform said security forces told her family to sign a document absolving them from responsibility in her death. They removed the body after the protest and returned it to the family for the funeral on Sunday, the news service said.

Thae’ Maung Maung was killed on Saturday during a protest in Bago, east of Yangon. He was from Myanmar’s Muslim minority. Funeralgoers said security forces had opened fire at the ceremony on Sunday. “I couldn’t believe that they would crack down on a funeral service too,” said Aye, one of those present.

School student Aye Myat Thu was shot dead during a protest in the southeastern city of Mawlamyine, the Khit Thit Media news service said. Pictures of her funeral showed her body adorned with colouring books, Barbie dolls, and a Hello Kitty picture she had drawn. Her face was made up with the thanaka paste cosmetic that is widely used in Myanmar.

At around 5 a.m., Tay Za Tun was driving to New Insein Township when he was stopped and shot by security forces at the Pauktawwa bus stop, the RFA news service said. He was not protesting. He was shot in the thigh and arm and was taken to the Army Hospital. The family asked to treat him themselves, but the request was refused. Security forces returned his dead body.

Sai Wai Yan was shot dead in Yangon’s Mingalar Taungnyunt township, residents said. Barricades had been set up in the area and security forces opened fire, although there were no protests at the time, they said. Wai Yan Tun was playing in a back street when he was shot and killed. A neighbour said security forces took away his body in a blue plastic sheet. “Are you leaving your mum behind? How can I live without you my son?” his mother wailed beside his coffin on Sunday.

Hti San Wan Phi, nicknamed Phi Tun, was killed when a bullet hit him in the cheek, residents said. He had been at the protesters’ defensive line. His parents own a noodle shop and he had five siblings. Neighbours knew him as a happy boy with a big smile. When he was hit, he called on his comrades to fight back. When his parents saw his friends crying they both said: “Do not cry at all, my son is a martyr.”

Chit Bo Bo Nyein was the captain of Hantharwady United Under 21 football team. He was shot dead in Insein township, Yangon, neighbours said. He also ran the family tea shop business. Many security forces were deployed in the area. He was walking in front of the tea shop when he was shot. The family took him to hospital, but it was too late to save him.

A rubber bullet went through the eye of one-year-old Thin Thawdar Tun while she was at home in Yangon, family members said. She is in hospital. Doctors are trying to treat the eye before extracting the rubber bullet. Her grandmother Nyein Nyein Thu told Reuters: “I don’t have any words to describe my sadness.”