Facebook says it has identified a covert Myanmar military propaganda campaign hosted on its platform, the first evidence that the country’s armed forces were behind social media posts targeting the country’s ethnic Rohingya Muslim minority.

In a series of emails to TIME, a representative from Facebook confirmed that an internal investigation launched earlier this year identified dozens of accounts intended to mislead users into thinking that they were independent sources of news while disseminating pro-military propaganda and sometimes false, incendiary content about the Rohingya.

The company announced Monday that it had banned 18 accounts and 52 pages in Myanmar, including those of senior military figures such as Commander-in-Chief Snr-Gen Min Aung Hlaing. It came the same day a U.N. fact-finding mission published a damning report calling for six generals to be charged with crimes including genocide over the military’s role in the violent expulsion of the country’s Rohingya population. 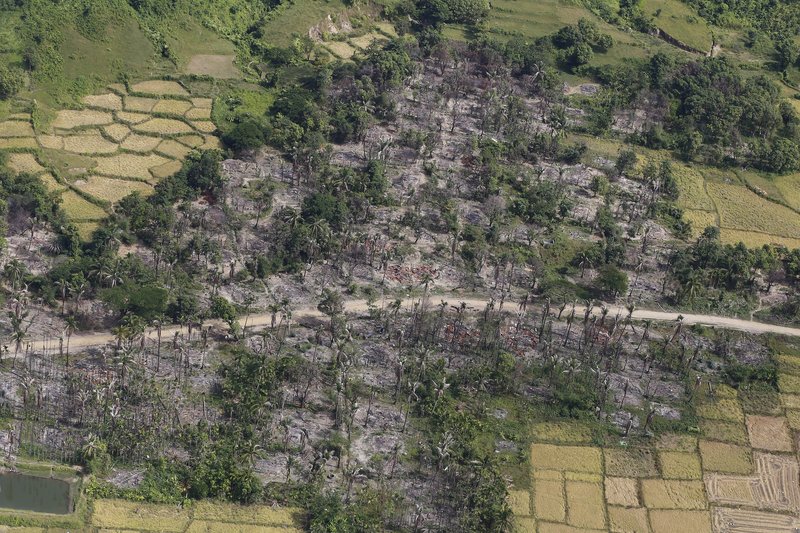 A burnt Rohingya village near the town of Maungdaw, Rakhine State in western Myanmar, on Nov. 12, 2017. Hein Htet—EPA-EFE/Shutterstock

Violence characterized by rape, mass killings and burning of villages forced more than 700,000 of the persecuted and mostly stateless group to flee to neighboring Bangladesh since Aug. 25, 2017, when the military launched a brutal crackdown following a deadly attack on state security forces by Rohingya insurgents. The U.N. fact-finding mission, which was established by the Human Rights Council and has been banned by the Myanmar government, urged the Security Council to refer the situation to the International Criminal Court. A team of investigators from the U.S. is expected to unveil similar findings soon.

Both Myanmar’s military and its civilian government have met the accusations with blanket denial, claiming that the army has carried out a legitimate counterterrorism operation. A spokesperson for the government on Wednesday rejected the U.N.’s findings, calling them “false allegations” and claiming the country has “zero tolerance for human rights violations.”

“The ethnic violence in Myanmar has been truly horrific,” Facebook said in a press release announcing the ban of 20 individuals and organizations implicated in the violence, as well as the more understated revelation that it had removed an additional 46 Pages and 12 individual accounts it said were engaged in “coordinated inauthentic behavior.”

Confirming long-held suspicions of human rights monitors in the country, Facebook said this behavior amounted to a covert propaganda operation linked to military personnel with a combined reach of up to 12 million users. That number amounts to as much as two-thirds of all Facebook users in the country of 51 million. The names of these banned individuals and pages have not yet been disclosed as Facebook’s investigation is ongoing and more such accounts could still be identified, the company confirmed.

Facebook moved against the Myanmar regime on Monday by taking down a number of accounts and pages, as well as... Read More...