KATHMANDU, April 2: A software company owned by Asgar Ali, the IT Consultant to the Prime Minister, has landed into controversy after it was found to have secretly removed a news content by hacking into Kathmandupress.com, a Kathmandu-based online news portal.

In a news report on Tuesday, Kathmandu Press had accused Kshitiz, the son of PM KP Sharma Oli's chief advisor Bishnu Rimal, Swaraj, the son of Defence Minister Ishwar Pokhrel and PM's IT Consultant Ali of indulging into corruption while awarding a tender to Omni Group for importing medical equipment from China. The government cancelled the contract with Omni later on Wednesday, and decided to confiscate 50 million-rupee of its security deposit.

A day after the news went viral, the software firm, Shiran Technologies Pvt. Ltd, which is also the developer of Kathmandu Press portal, removed the particular news item from the website at 11:30 AM on Wednesday after the online editorial department refused to delete it.

Editor-in-Chief of Kathmandupress.com Kosmos Biswokarma tweeted that the news was illegally removed from the website on Wednesday. He further stated that the company is investigating the illegal hacking of their site. Kathmandu Press was hacked for one and half hours, from 11.30 to 1PM.

"Despite pressure from the software company, we did not delete the news. But the news was mysteriously removed from our website, and we could not access our news site for about four hours from 11:30 AM today. We tried to find out how the news item was suddenly removed. We then concluded that it was removed by the software firm itself by hacking into our website," he said.

Biswokarma said that removing content of a news portal goes against press freedom and the freedom of expression, enshrined in the Constitution of Nepal 2015. "Ali and his team had a privilege to send a rejoinder or lodge a complaint at Nepal Press Council against the news. But they did not do so. They simply removed our news item from the website by hacking. This is intolerable and inexcusable. No software developer has the right to remove the news item from the online portal," Biswokarma told Republica on Wednesday evening.

The Kathmandu Press portal has re-uploaded the news story today afternoon. "We re-uploaded the story because we don't want to disappoint our audience," the editor-in-chief added.

Republica Online's repeated attempts to contact Ali and Dhakal failed. Ali has been a controversial figure since the beginning of his appointment as PM Oli’s IT Consultant some two years ago. Stories of his involvement in tapping private data on people to misusing his power to land big contracts to his companies have been widely reported in the media. 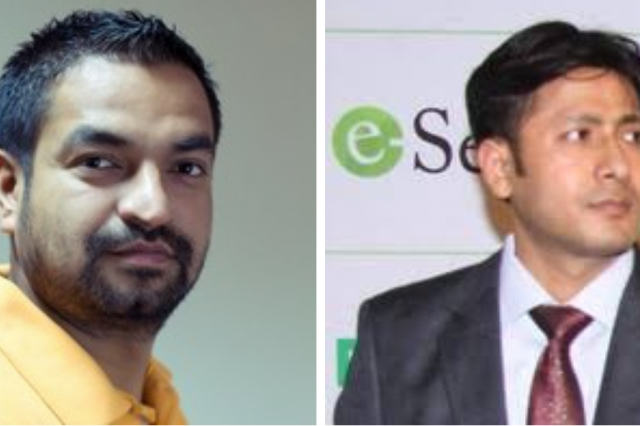 Bishnu Rimal, PM Oli’s chief advisor, wrote on his Facebook wall yesterday that character assassination is like a “war crime” which can never be forgiven. The Kathmandu Press piece accused Rimal’s son Kshitij of collusion in purchasing medical supplies from China. He further wrote, “These issues will be resolved in due time”. 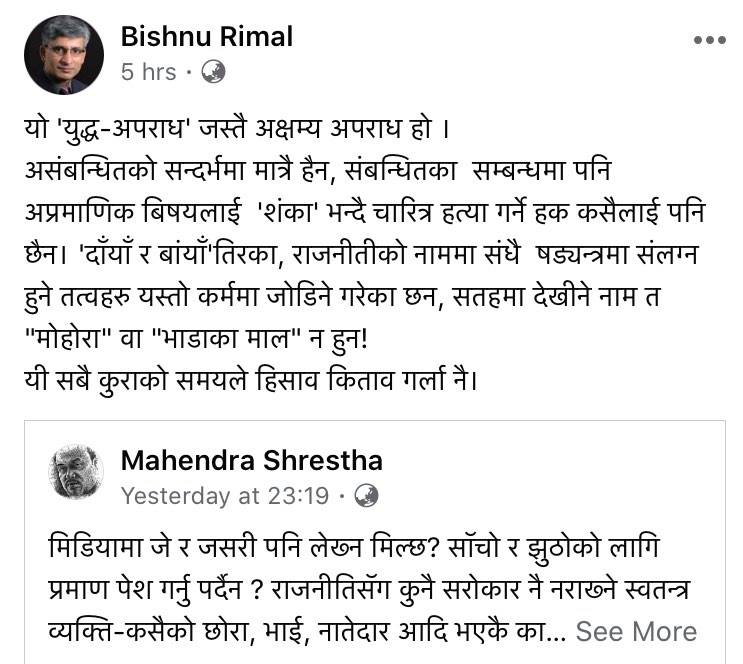 Moreover, Kshitiz Rimal, son of Bishnu Rimal, posted a note on his Facebook page Wednesday evening. He dared the news portal to prove his involvement or be ready to face legal action. “Kathmandu Press included a long fictional story about how I am involved with buying medical supplies for the government. They made sure to include my name, photo and my relation to my father. Now this I cannot tolerate. I strongly challenge whoever wrote that article to prove it and if not prepare to get full legal action for this,” he wrote.

Several prominent activists have already spoken out against the hacking incident.

Senior journalist Kanak Mani Dixit wrote on Twitter: "This would be a criminal offence - a service provider going into the website of a media house to delete content it does not like. Government must announce an immediate investigation rather than wait for someone to file a case." He further said this act is a “criminal culpability, if proven”.

Similarly, former president of the Federation of Nepalis Journalists (FNJ) and RTI expert Tara Nath Dahal also wrote on Twitter. “Internet freedom is under serious attack due to the state's protection of those involved in cyber crime, misuse of private data and payment business mafia. This incident of misuse of access by web hosting and development to delete content is a serious lesson for all,” wrote Dahal.

KATHMANDU, April 2: The Federation of Nepali Journalists (FNJ) on Thursday objected to the incident of removing news item by... Read More...

We urge India to accept the truth: FM Gyawali
14 hours ago

Upper Tamakoshi Project likely to be delayed
4 hours ago

Four more COVID-19 cases confirmed in Banke, total cases in the district rise to 146
3 hours ago