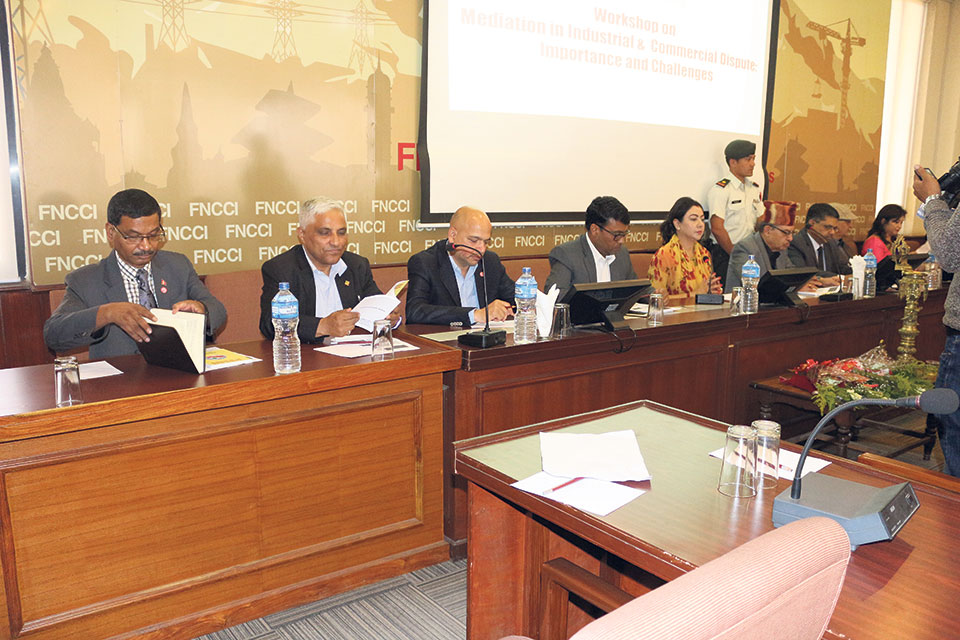 KATHMANDU, Sept 25: The Federation of Nepalese Chambers of Commerce and  Industry (FNCCI) on Monday organized an interaction on the importance and challenges of mediation in commerce and the industrial sector.

Issuing a statement on Sunday, the apex body of Nepal's private sector said that the event had been organized to raise awareness among stakeholders regarding the importance of commercial mediation.

A working paper on ‘Commercial Mediation in the field of Commerce and Industry: Its Importance and Challenges’ was presented at the interaction, according to the statement.

Speaking at the event, Acting Chief Justice Deepak Raj Joshee said that mediation had become practically effective in the commercial sector.“It has been accepted as the latest concept of alternative justice system after 1970s,” he said, adding that  law relating to mediation has been implemented with an aim to solving misunderstandings and conflicts without hampering time, labor and tools.
“The Mediation Act came into effect in 2014. It increases people’s access to justice,” he added.
Similarly, Justice Anil Kumar Sinha suggested that the FNCCI proceed with organizational commercial mediation.

FNCCI President Bhawani Rana said that commercial entities will benefit from commercial mediation as the conflicting parties do not have to go through court procedures while settling their disputes. The cost as well as time will be saved if such disputes are settled outside the court,” she added.

The interaction saw participation of FNCCI office-bearers and executive members, experts of related fields as well as entrepreneurs, and businessmen.

Experts suggest PM to focus on implementing past agreements with China