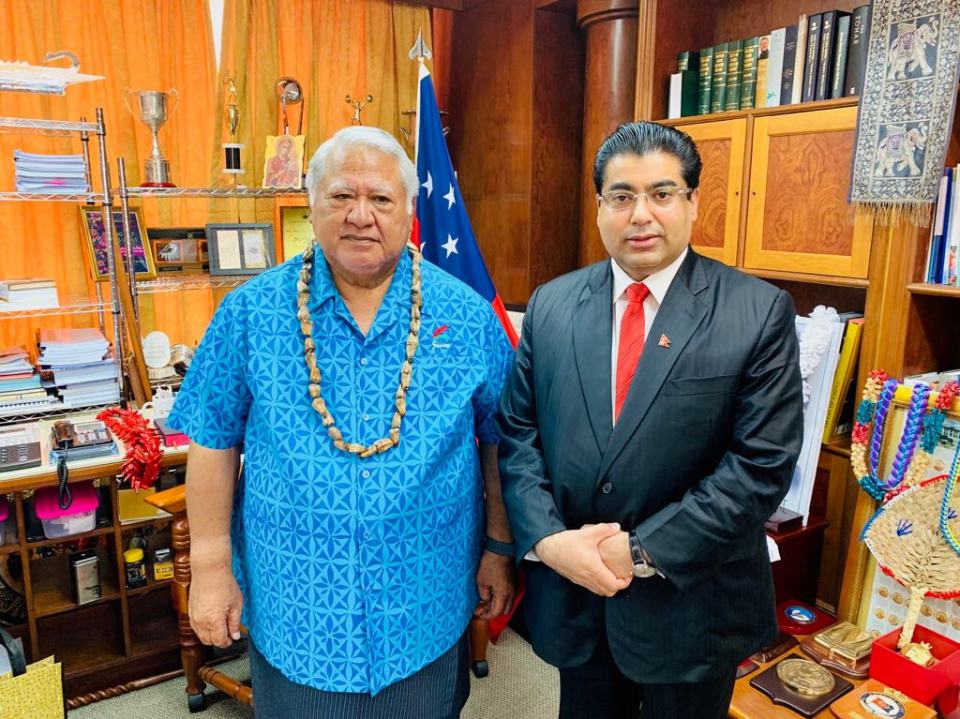 In his meeting with Prime Minister of Samoa Tuilaepa Aiono Sailele Malielegaoi, Dhakal discussed the prospects of further strengthening bilateral relations between the two countries, according to a press release issued by Dhakal's secretariat.

Prior to that, Dhakal paid a courtesy call on the head of the state of Samoa Afioga Tuimalealiifano Vaaletoa Sualauvi II. Afigo had paid a visit to Nepal during the Asia Pacific Summit held in Kathmandu in December last year.

On the occasion, Dhakal also shared the latest political developments of Nepal. While staying in Fiji, Dhakal delivered a speech on regional peace and shared prosperity during a talk program. Parliamentarians, ambassadors based in Fiji, civil society members and people from the private sector attended the program.

Earlier, Dhakal visited Australia and addressed an interaction program at the Australian Parliament. During his address, Dhakal highlighted the successful peace process of Nepal and stated that it has been able to spread a positive message to global peace.

Remembering Rishikesh Shaha, a great Nepali diplomat of all time

KATHMANDU, Dec 14: Former Minister of State for Finance, Roop Jyoti, has clarified that he is neither a director nor... Read More...