“Every movie is a learning experience” 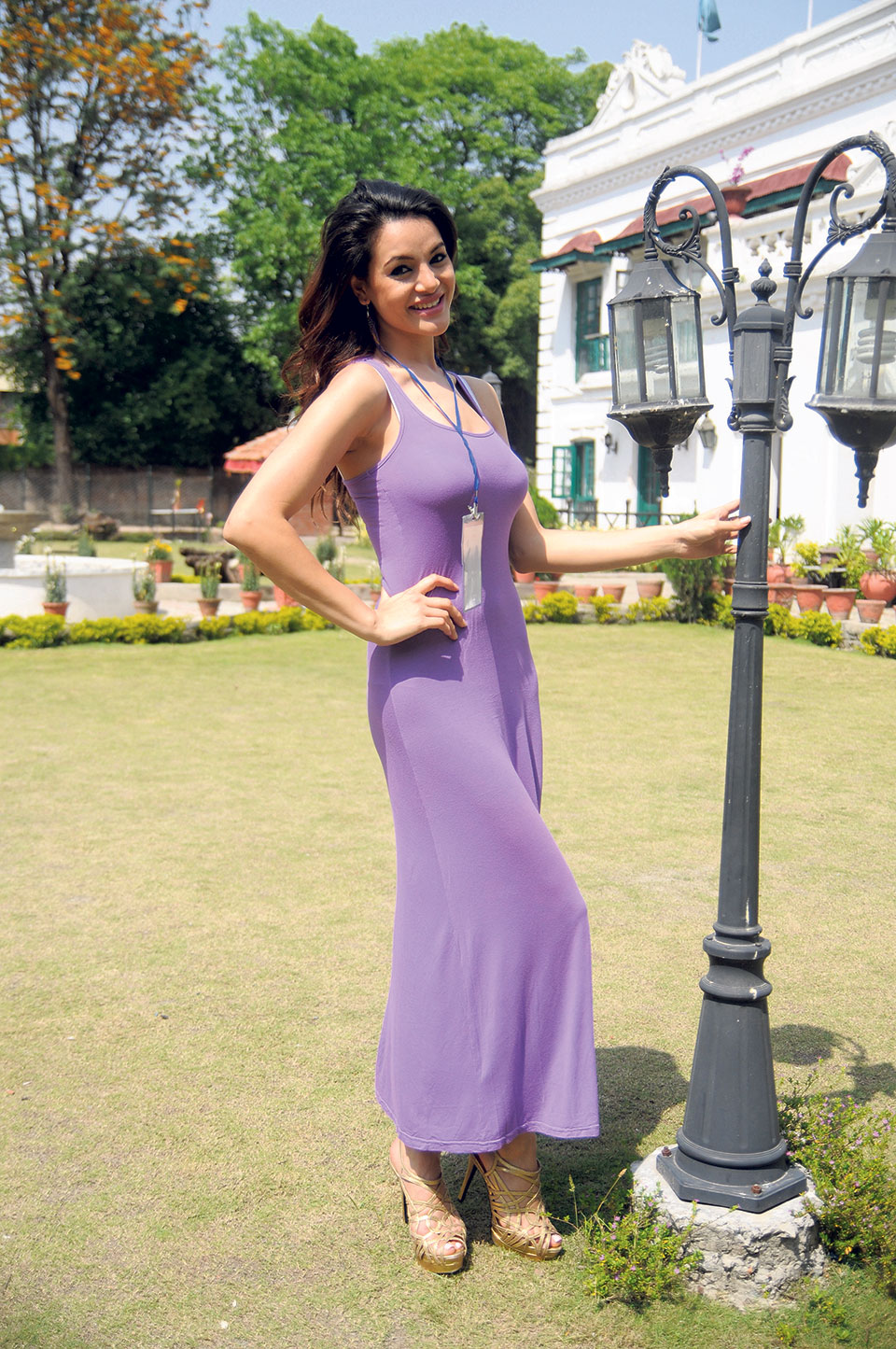 Shristi Shrestha on being ‘Muna’ in Romeo & Muna

If we are to go by the recently released trailer of the highly anticipated movie Romeo & Muna, it looks like we are in for an interesting ride once it finally hits the theaters. Starring Vinay Shrestha and Shristi Shrestha in lead roles alongside Prajwal, Sujal Giri, Sushma Karki, and Surakshya Panta, Romeo & Muna is being produced by Prasanna Gopali and Kabin Shakya and is directed by Naresh Kumar KC.

The movie also introduces the use of CGI in the Nepali film industry. Although the ambiguous monster that’s seen in the trailer might suggest that the movie ventures into horror genre at some point, director and screenplay writer KC affirms that the plot of the movie revolves around romance and drama and that it’s not at all scary. The monster actually ties into Muna’s storyline and is used thematically as a substitute for the cliché flashback concept. Prior to the film’s release (on July 27), the leading lady Shristi Shrestha spoke to The Week’s Anweiti Upadhyay about her character and how every project teaches her new things and opens her up to fresh experiences.

How would you introduce Muna?
Muna is an interesting character. She is from a small village but she does not fit into the category of a ‘stereotypical’ village girl that is generally showcased in Nepali movies. She is smart, ambitious, and self reliant. She is also an aspiring artist who is keenly interested in art and is studying it. I would call her an empowered and driven young girl who works hard to fulfill her dreams. But she also has this whole vivid and kind of alarming subconscious that drives most of her creative energy. The story is as much focused on her facing her own problems and demons as it is on her and Romeo’s romance.

Did you do anything special to prepare for this role?
The production team conducted a detailed workshop for everyone involved to prepare for the actual shooting of the scenes. The workshop lasted around six months and, in this duration, I also got to learn more about art. As it was imperative for the character I’m playing to know about art and its genesis in extensive detail, I got comprehensive and intensive classes on it by Rajendra Maharjan who is the chief assistant director of the movie and an artist himself. Besides that, I was also taken to live at a village for sometime to learn the kind of body language and verbal communication techniques (like the slangs, tone, etc.) generally used by girls in villages.

Could you relate to Muna while portraying her?
To be honest, Muna and I have completely different characteristics. Our habits and personalities clash a lot but that was the charm of portraying her. She is, in a lot of ways, so different from me. It was very fascinating to view the world from her perspective. But there are some areas and experiences in both our lives that closely mirror each other’s. Quite a few times while filming, I could intimately relate to Muna’s thoughts and decisions. These relatable moments were just regarding emotions though because, other than that, we live pretty different lives.

What has been the highlight of working in this movie for you?
I loved learning about Vincent Van Gogh. His life and his work tell a very fascinating story about this creative genius, who had his own struggles, and how he transcribed them into his art. Muna’s character and her sister closely resemble Van Gogh and his brother in this movie. Also, Muna is sort of fascinated by Van Gogh, so learning about him was a part of my job and I loved every second of it.

Thing might sound like something every actor says but I mean it when I say that the cast and crew of the Romeo & Muna were amazing. Everybody worked really hard on this project and when I say everyone I mean everyone, from the director, producers, and actors, to camera directors, makeup artists, costume designers, and lighting. Everyone was also incredibly nice towards one another and by the end of the movie we felt more like a family that a group of people who had come together for a project.

How has your transition from a model to an actor been so far?
I’m actually so much more invested in making acting my primary métier over modeling because I enjoy it a lot. Modeling wasn’t something I ever planned on taking up. I was constantly scouted and approached by firms with modeling offers when I was studying in the UK so I just decided to give it a go. But acting is something I have always been into. I took up performing arts course during my A Levels but had to pursue a more academic degree during my Bachelors because my family thought someone who got as good grades as I did could really progress in those areas. It was only after my Miss Nepal reign that I realized acting was what I wanted to do in life. I took acting classes from Sunil Pokharel and performed in a few theater dramas before landing up a role in Gajalu. I think I will continue pursuing acting extensively in the future.

Elephant crisis as one is killed every 25 minutes

Every citizen is responsible for nation building: PM Oli

COVID-19 in Nepal: Not only infection number, but also recovery number is on the rise
17 hours ago

Vaccine procurement scandal is not just a case of corruption but a ‘crime’: MP Thapa
1 hour ago

E-commerce companies’ survival at stake, urge govt to allow their operation
2 hours ago

COVID-19 spreads to rural India, villages ill-equipped to fight it
3 hours ago

91 journalists under FNJ Corporate Province have coronavirus
3 hours ago