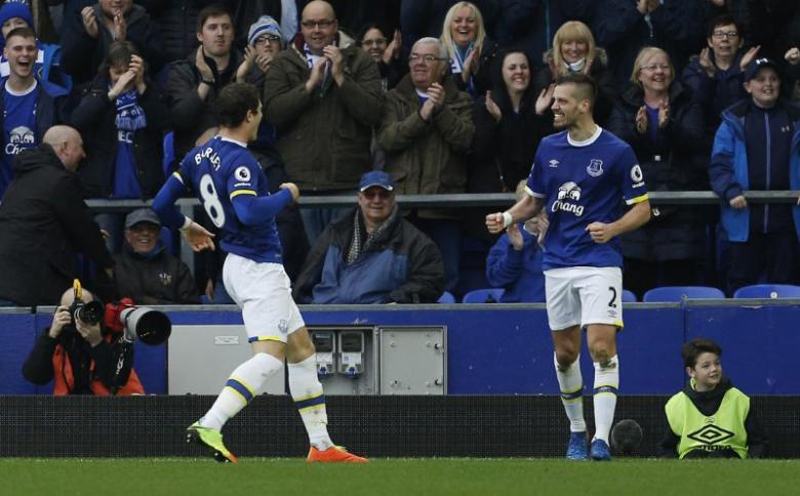 Everton have lost just one of their 17 league games at Goodison Park this season and are in sixth spot, six points behind Manchester City in fourth but after having played two games more.

"Chelsea are a difficult team to beat but we are a match to anyone at home," Schneiderlin told Sky Sports.

"When we play at our top at Goodison, no one can beat us. It will be hard for them on Sunday and we won't let them breathe, or have any space on the pitch."

Chelsea's lead could be cut to four points if second-placed Tottenham Hostpur beat Crystal Palace later on Wednesday and Schneiderlin said Spurs would be ready to pounce if the leaders slipped up.

"Tottenham ... are a very strong team and, if Chelsea slip, they will be there," he added.

"Chelsea can't afford to lose and let points slip because there's a lion chasing them."

The 27-year-old France international also believes Everton's results in their four remaining games can help them build momentum for next season.

"We have to play for something; for the fans, for the badge and to have good momentum next season. They are behind us."

Everton were thrashed 5-0 at Stamford Bridge earlier in the campaign but beat the London side at Goodison Park last season.