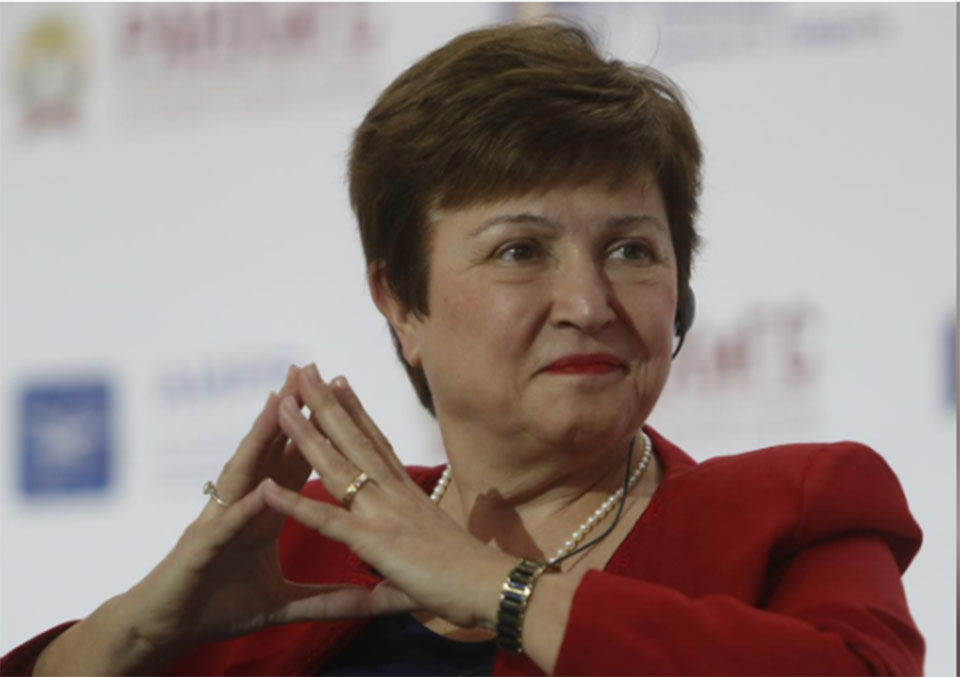 BRUSSELS, July 3:  European Union governments picked Bulgaria’s Kristalina Georgieva as the bloc’s candidate to lead the International Monetary Fund after more than 12 hours of talks on Friday that highlighted the EU’s internal divisions.

The 65-year-old chief executive of the World Bank got the backing of a majority of the 28 EU states, defeating the Dutch candidate Jeroen Dijsselbloem after two rounds of voting and prolonged negotiations among EU nations.

“Congratulations Georgieva for being selected as European candidate to lead the IMF. In the face on rising global tensions, it is imperative to uphold the IMF as symbol of multilateralism,” said the chair of euro zone finance ministers, Mario Centeno.

Georgieva is a center-right politician who grew up in Bulgaria under communism before a career that brought her to the top of the World Bank and the European Commission.

Most EU states backed Georgieva even though her candidacy will force a change in IMF rules that require the managing director to be younger than 65 years old when appointed. The need for that change could weaken the European candidate if a sufficiently large number of IMF member states opposed the reform.

However, a European official said support from EU countries and the United States would be enough to overhaul the rules in the global fund that has historically been dominated by the Western bloc. According to an IMF fact sheet, a bylaw change to remove or modify the age limit would require approval by a majority of board votes cast.

The source added that France, which is leading the European selection process, had already secured Washington’s support on this change.

A U.S. Treasury spokesman could not immediately be reached for comment on Georgieva’s nomination, but U.S. Treasury Secretary Steven Mnuchin spoke highly of her work in a Reuters interview last month.

The top job at the Washington-based world lender has always been filled by a European. The former IMF chief, France’s Christine Lagarde, resigned in July after EU leaders chose her to replace Mario Draghi as European Central Bank president.

Georgieva said in a tweet that she was relinquishing her World Bank responsibilities and would take administrative leave during the nomination process.

A group of countries led by the Netherlands and Germany preferred Dijsselbloem, but were outnumbered by southern and eastern states who backed Georgieva, in a new sign of German Chancellor Angela Merkel’s fading clout in the EU bloc.

Since an informal compromise was impossible among increasingly split EU nations, France decided to use a complex voting system, under which only the candidate who obtained 55% of the votes of the 28 EU states, representing at least 65% of its population, would win.

Georgieva got the backing of 56% of EU states which however represented only 57% of the bloc’s population, falling short of one requirement.

But Dijsselbloem conceded defeat. “I congratulate Kristalina Georgieva with the outcome of today’s European votes. I wish her the utmost success,” he said on Twitter after the second voting round in which he had remained as the only opponent to Georgieva.

Dijsselboem, a former head of euro zone finance ministers, steered the euro zone out of the debt crisis, orchestrating with the IMF the bailout of Greece, Cyprus and Spanish banks.

But he was opposed by high-debt EU countries for the austerity measures attached to the rescues.

After the first round of voting earlier on Friday, Finland’s central bank governor, Olli Rehn, and Spanish Economy Minister Nadia Calvino withdrew from the race. Mario Centeno had pulled out on Thursday.

Britain opposed the plan to select a candidate now, saying it was “premature” and did not allow London enough time to propose one of its own as the country has just formed a new government, according to a confidential note seen by Reuters.

Candidates for the head of the Washington-based IMF can be fielded until Sept. 6. Other world powers and emerging countries are expected to submit their candidacies by the deadline. The IMF plans to select its new head by Oct. 4.

SEOUL, June 2: Airlines urged regulators on Sunday to coordinate on software changes to the Boeing 737 MAX in a... Read More...