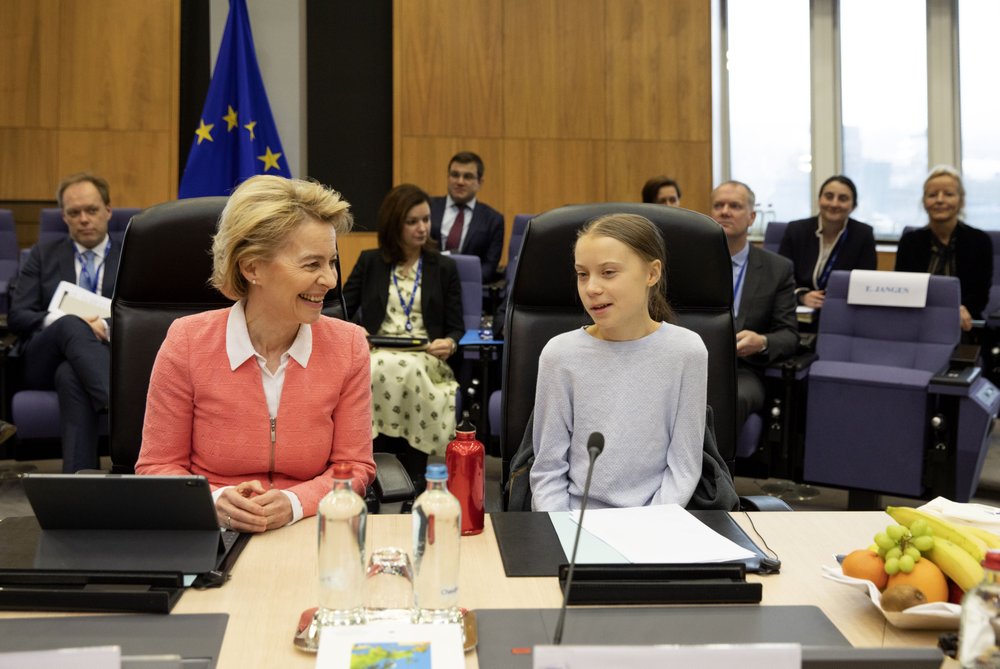 BRUSSELS, March 4: Amid fierce criticism from environmental activists, the European Commission is unveiling plans Wednesday for its first ever climate law — the basis of the European Union’s Green Deal aimed at making the 27-country bloc climate neutral by 2050.

With its proposals, the EU’s executive arm wants to make its ambition of cutting greenhouse gas emissions to zero by mid-century irreversible, and legally-binding for all member states.

According to a leaked draft of the proposals establishing the 2050 goal, the European Commission is proposing a mechanism for regularly raising the EU’s emissions reduction target over the next three decades, but there is no plan for an increase of the bloc’s overall emissions goal for 2030.

This particular point has been harshly criticized by climate activists, who claim that delaying the upgraded 2030 target is detrimental to the bloc’s credibility in the fight against climate change. In the draft, the European Commission only said it would review the EU’s current target of a 40% greenhouse gas reduction by September and “explore options for a new 2030 target of 50% to 55% emission reductions compared with 1990 levels.”

Environmental group Greenpeace said Wednesday that because of the absence of a 2030 goal, EU governments will “find it extremely difficult to agree a new target” before the U.N climate talks that will be held in Glasgow in November.

In an open letter signed by 34 youth climate activists, the group stressed that instead of setting long-term goals, the EU should focus on the “CO2 budget which applies for today.”

Such C02 budgets are used to measure the additional emissions that can enter the atmosphere without global warming exceeding a certain level. World leaders agreed five years ago in Paris to keep global warming below 2 degrees Celsius (3.6 Fahrenheit), ideally no more than 1.5 C (2.7 F) by the end of the century. But scientists say countries will miss both of those goals by a wide margin unless drastic steps are taken to begin cutting greenhouse gas emissions this year.

Greenpeace also insists a 55% reduction target for 2030 wouldn’t be sufficient to limit global heating to 2 degrees Celsius, and WWF recommended to cut greenhouse gas emissions by at least 65% by 2030. WWF also urged EU leaders to ban subsidies and tax breaks for fossil fuels industries and to set up an independent scientific body to supervise the EU’s climate changes plans.

.To set a common trajectory and impose revised targets to member states every five years from 2023, the European Commission is also planning to adopt legally binding legislation that can enter into force if the European Parliament and European Council have no objections.

That mechanism could spark concerns among fossil fuel-dependent EU nations, which need to reorganize their economies in order to reach the 2050 target agreed last year by all EU members except Poland.