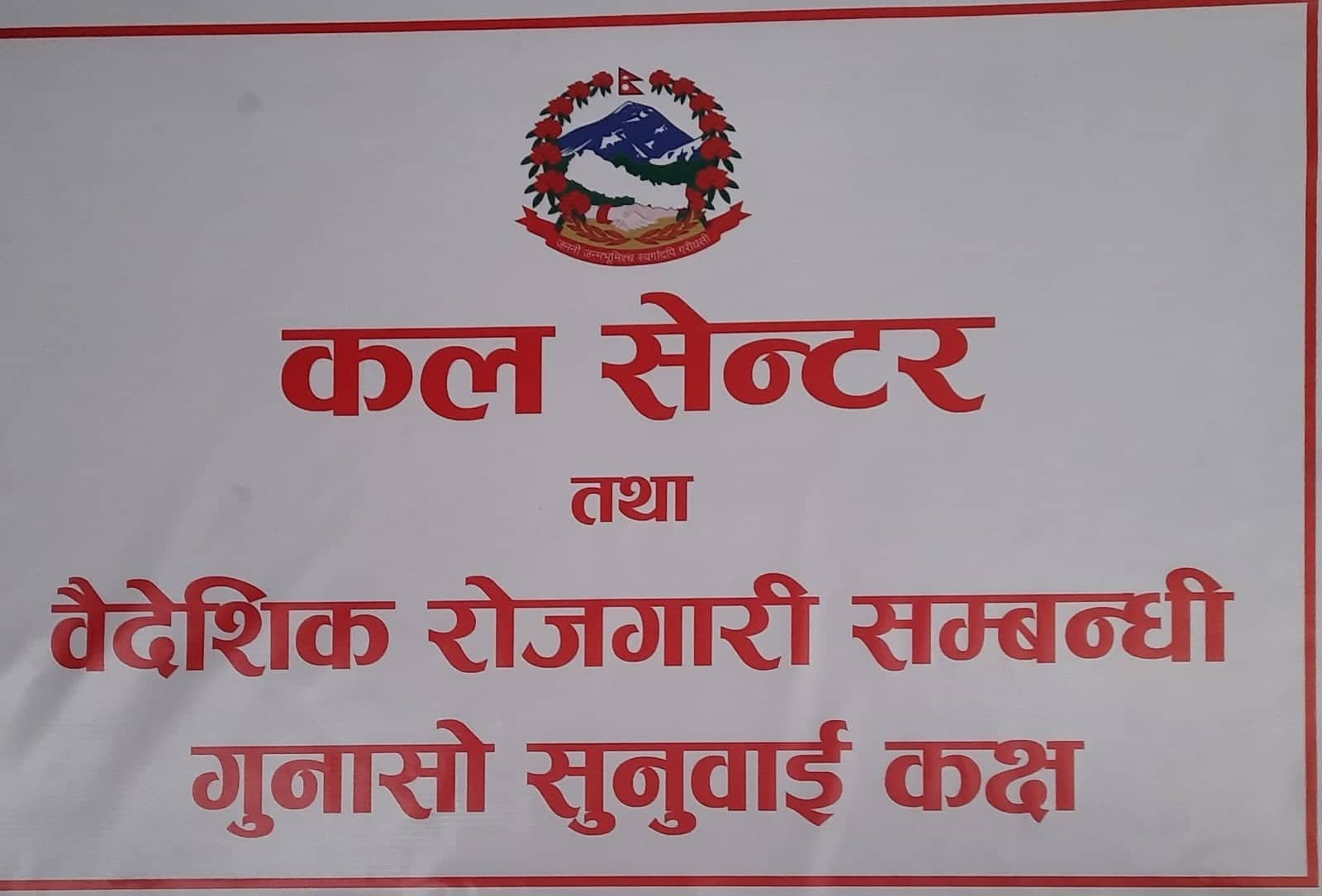 KATHMANDU, Jan 30: The Ministry of Labor, Employment and Social Security has established a call center and foreign employment complaints hearing room at its office. Inaugurating the call center, Minister for Labor, Employment and Social Security Krishna Kumar Shrestha expressed his commitment to bring any organization or individual who tries to leave any Nepali citizen stranded during foreign employment under the ambit of action as per the prevailing law and give justice to the victims.

Minister Shrestha said that a ‘marshal team’ has been formed with the participation of the response task force and police to take action against such culprits. Similarly, secretary at the ministry, Ek Narayan Aryal said that the problems, grievances and suggestions in the foreign employment sector would be collected with priority from the call center and complaints hearing room.

The call center, which has been in operation before, has been started as an integrated room for hearing complaints related to foreign employment. Minister Shrestha had directed the authorities concerned to set up a complaints hearing room at the ministry after he started receiving daily complaints of being stranded, cheated, and other inconveniences from immigrants who are in various countries including the Gulf region, Southeast Asian, European, African and American countries.

Similarly, the ministry has stated that it will arrest, investigate and take necessary action against the persons involved in any kind of fund raising, fraud and other activities in the name of foreign employment as per the Foreign Employment Act, 2007 and other related laws.

KATHMANDU, Nov 21: Around 55,000 job seekers went for foreign employment in one month during mid-October and mid-November amid an increasing... Read More...

KATHMANDU, Nov 20: Experts, representatives of the Government of Nepal, the private sector, civil society, and development organizations have all emphasized... Read More...