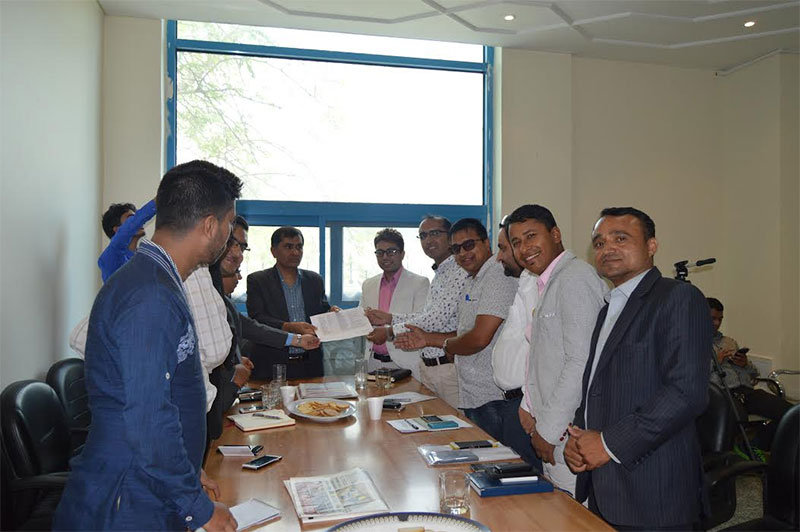 The FNJ UAE Chapter has handed over the details of as many as 23 journalists actively working in the UAE to Acting Ambassador to the Nepali embassy Netra Bahadur Tandan at an interaction program on Friday.

The FNJ had been demanding that the Nepali Embassy in the UAE provide information to the journalists who have been doing journalism as a social work apart from their own jobs.

The FNJ has also held discussions with the embassy on various issues including the problems of the Nepali migrant workers and their solution in the UAE.

In the interaction, Acting Ambassador Tandan asked the journalists to disseminate only factual information whether they are related to the embassy or the issues of the Nepali migrant workers.

He further said that second secretary at the embassy Krishna Aryal has been assigned as an information officer and told the participants to contact him for any information related to the embassy.

KATHMANDU, May 30: The Embassy of Nepal in Brussels organized a special programme to observe the 10th Republic Day on... Read More...