Embassy closure does not mean stopping support to Nepal 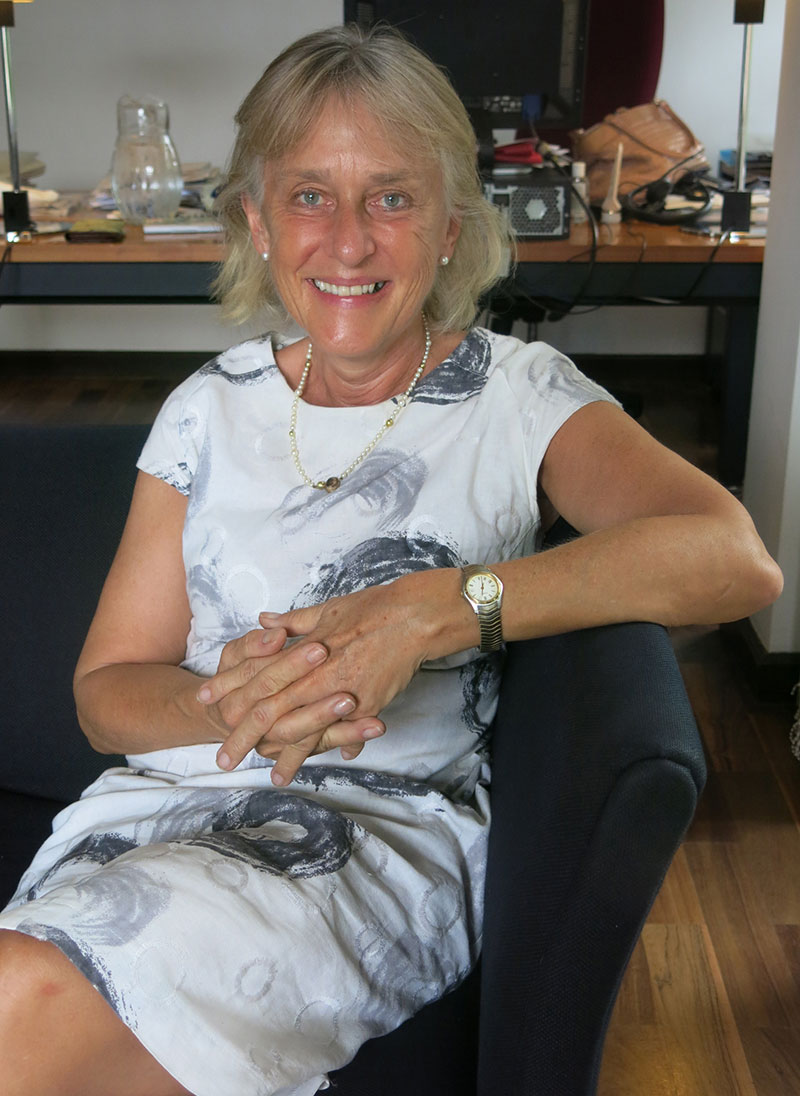 The Government of Denmark and Nepal have had diplomatic relations since 1967. Denmark started development activities in Nepal in 1987 and opened its Embassy in Kathmandu in 1991. Last fall, the Danish government  decided to close its mission in Kathmandu from the end of year 2017. Why did Denmark take this decision and how will it affect Nepal-Denmark relation? Mahabir Paudyal met with Kirsten Geelan, who will be serving as the last Danish Ambassador to Nepal, to take her views.

First of all, why did Denmark decide to close its mission in Kathmandu?
The Danish government decided to phase out development activities in Nepal in order to prioritize its overall development programs. The development assistance to Nepal will be phased out over a couple of years. The Embassy will close by the end of 2017. This is not because Denmark has any issue with Nepal. On the contrary, our two countries have always had a good and close relationship. The decision is entirely due to new priorities. In this context, the Danish Government has decided to increase its focus on Africa.

Thousands of Danish tourists visit Nepal every year and we see that they often come back year after year. This is another testament to the bonds between the people of two countries.

How do you look back to the last 25 years of development assistance to Nepal?
Denmark has been supporting Nepal for a quarter of a century. Together, we have made remarkable achievements. We supported Nepal in developing the educational sector and dairy sector which was our priority for many years. We have been supporting forestry programs and the renewable energy sector. In the last ten years, we have been supporting good governance initiatives in Nepal. We were instrumental in implementation of the peace process and the integration of Maoist combatants into the National Army. We assisted in the development of voter identification cards in coordination with the Election Commission. Throughout these years we have extended unreserved support to the marginalized and disadvantaged communities. Thus it’s fair to say that despite being a distant country with little population (5.5 million), we  have made a substantial mark in Nepal.

How have been the reactions to the decision to close the mission?
I have been facing this question ever since the Government of Denmark took this decision almost twelve months ago. But let me make it clear. Phasing out development assistance will not, in any way, mean we will be stopping all support to Nepal and that our engagement with Nepal will come to an end. We will be actively supporting  Nepal as a member of European Union and  through our support to the UN agencies such  as WFP, UNICEF and UN Women.

There is a curiosity as to how Denmark will conduct its affairs with Nepal after 2017.

The plan is to open an Honorary Consulate in Kathmandu. It will be a kind of return to the setup that we had before we opened our embassy in Kathmandu in 1991. Our ambassador to India will also be accredited to Nepal.  After the Embassy closes, we will establish a Program Support Unit that will oversee the final implementation of our development activities. We stand by our commitment that the money that has been allocated to our priority programs in Nepal will be used to its fullest extent.

How did the government of Nepal react to this decision?
It reacted as one friendly nation would react to the news of another friendly nation taking a decision to close the mission. At the same time, many interlocutors  also expressed the deep-felt appreciation of the Danish support to Nepal.

About 500 Nepali students go to Denmark for higher studies every year. Will they be able to obtain visas through the honorary consulate or will they have to go to Delhi?
Actually, we are still working on the final plans as to how the visa issues will be handled. What I can say at the moment is that the visa process should not be more cumbersome and not dramatically different from today. As I said  the plans are still being worked out. As for the Nepali students studying in Denmark, we are happy to welcome Nepali students.

You have served as ambassador to Nepal for the last three years. What is your observation of Nepali society and politics?
I have had wonderful experiences living and working in Nepal. Nepal is an open society. One always feels welcomed,  particularly while visiting outside of Kathmandu valley. I have been fortunate enough to travel throughout the country visiting different places and meeting interesting people. As regards politics, it is worth noting that the democratic development in Nepal is a continuous process. The Constituent Assembly election of 2013 was a landmark development for Nepal. The turnout of voters was remarkable. We saw the democratic process taking hold in Nepal.

What would you like to convey to the Nepali people?
I think we need to go back to our achievements made together. A couple of years ago, we had a campaign spearheaded by the UN and DANIDA called the World’s Best News. Our support to  Nepal featured very prominently in the banner hanging from the wall of the Ministry of Foreign Affairs in Copenhagen. The first to feature there was Nepal’s achievement in education mentioning how support from Denmark was instrumental in getting 1.5 million girls into school in Nepal since 1991. Another good news was also related to Nepal. It was about 1.5 million poorer households having gained  access to electricity through our renewable energy program.

The news of these achievements has been broadcasted to a Danish audience. Danish taxpayers have a good sense of  how and where Danish Development Funds are being spent. In that respect, some of the achievements in Nepal feature prominently.

Souls of My City: Disability does not mean inability

Four arrested with Red Panda hide, two others with musk
7 hours ago