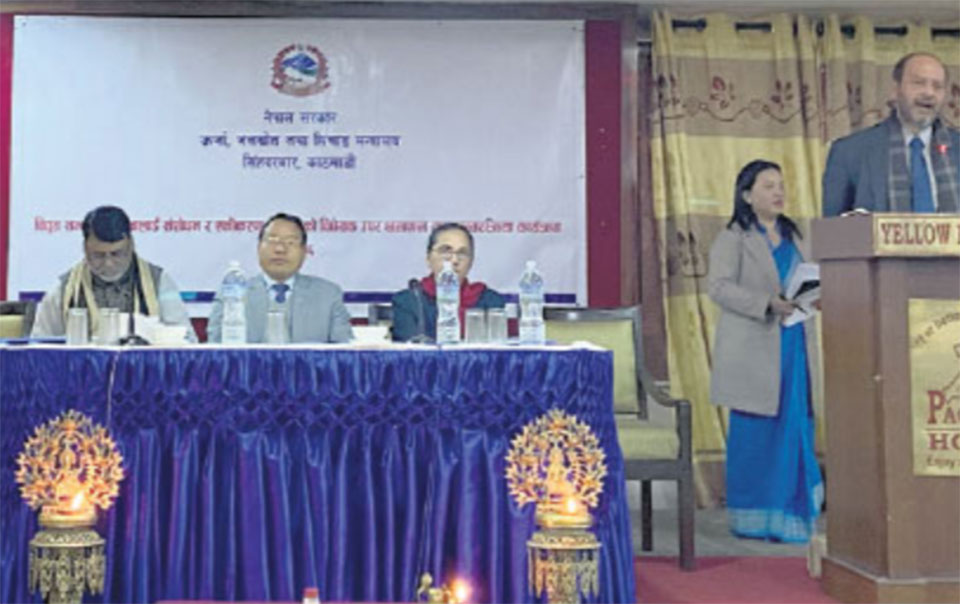 KATHMANDU, Jan 4: The Electricity Act, 2076 Bill has proposed delegating the authority to issue license for the construction and operation of electricity projects up to the capacity of 3 megawatt to the local level governments.

At a meeting on the draft of the Electricity Act, 2076 Bill in Kathmandu on Friday, Toyanath Adhikari, joint secretary of the Ministry of Energy, Water Resources and Irrigation said that the bill has proposed to give local level governments the authority to issue license to electricity generating project up to 3 MW. If the project lies in two or more than two local level territories, the project has to get the license from the provincial government.

According to the draft, an electricity project with generation capacity of 3MW to 20MW should get license from provincial government and if the project falls in more than one province, the project would need to be licensed from the central government's secretary.

“The government is determined to prepare the bill with the participation from every level of government and stakeholders,” he said, “Inclusion of stakeholders and government at different level eases policy making task for provincial and local level.”

“Provincial governments have set their respective aims in regard to electricity generation,” said Jitendra Sonal, Province 2 Minister for Physical Infrastructure and Development. “Province 2 has an aim of installing solar energy of 200 MW capacity, for which we are conducting studies.”

"If the government limits it to 20 MW, how can we achieve our goal?" he questioned. Sonal also suggested that the bill needed to be clear about royalty distribution as it would be one of the most contentious issues.

Minister Pun requested the provincial representatives not to feel that the government has delegated powers in a discriminatory manner.

KATHMANDU, June 27: At least 149 local units have failed to unveil their annual budget within the deadline set by... Read More...