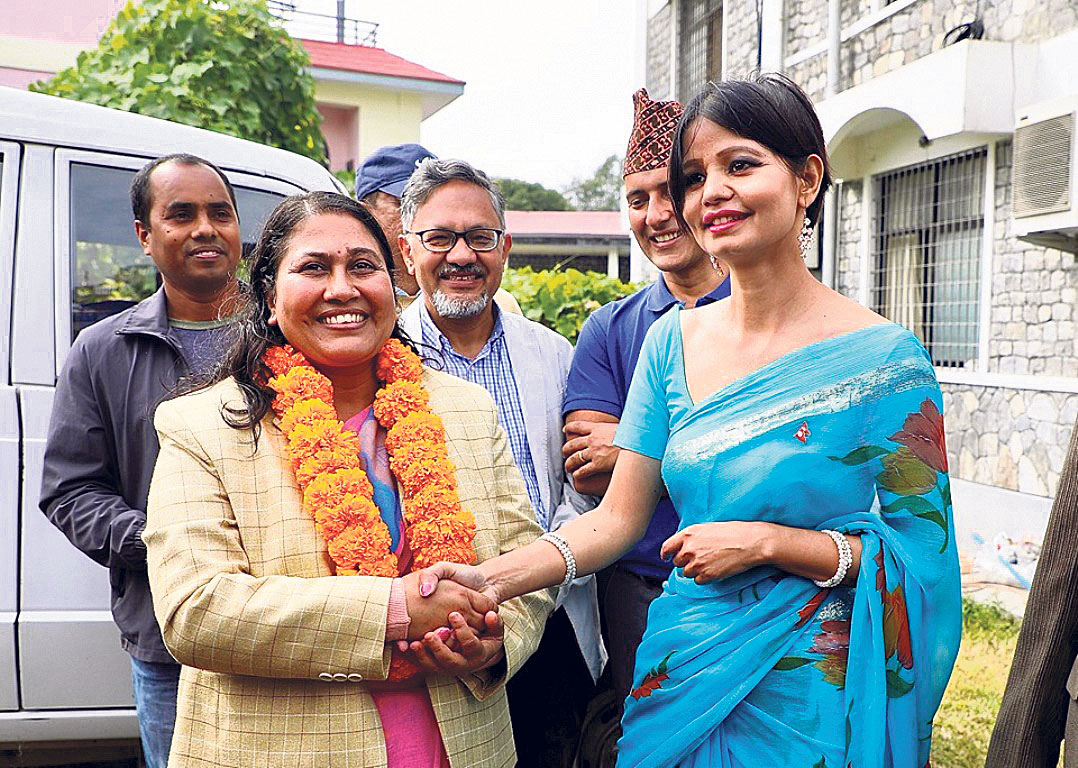 POKHARA, Nov 27: The by-election fervor is at its peak in Kaski-2 with candidates busying themselves in the eleventh-hour door-to-door campaign. The election is scheduled for Saturday.

Although a total of 21 candidates from small and big political parties and a few independents are in the fray for the parliamentary seat, the main competition will be between the candidates of the ruling Nepal Communist Party (NCP) and the main opposition Nepali Congress (NC).

In the earlier election, late Rabindra Adikhari of the ruling NCP was elected with 27,207 votes followed by Deveraj Chalise of Nepali Congress who had bagged 18,661 votes. Among the fringe parties, Bibeksheel Sajha had bagged 843, CPN-ML 539, Sanghiya Samajbadi Forum 340 and Naya Shakti had bagged 285 votes.

Some fringe parties including the Bibeksheel Sajha Party have split into two after the last election.

“The split in the fringe parties will further divide the voters of the parties to the advantage of bigger parties. That will benefit the NCP and NC candidates,” said Kapilmani Dahal, professor of political science at Prithvi Narayan Campus, Pokhara.

He further stated that there could, however, be strong contest between Nepali Congress and NCP.

Bibeeksheel and Sajha Party, after their split, have fielded their own candidates. The split, according to Dahal, has further weakened the prospect of the candidates of both the parties.

In the last elections, the fringe parties had collectively bagged around 2500 votes. Likewise, the vote difference in the last election between winner Adhikari and the closest rival Chalise was over 8,500. This time, NCP has fielded Bhattarai’s widow Bidya Bhattarai while the Nepali Congress has fielded Khemraj Paudel.

Sajha Party candidate Rajani KC has been grabbing the attention of especially youth voters on the social media. Some social media users besides commenting on the party’s poll promises have even commented on her attire -- sari -- and have spoken for and against it. Some have commented that her traditional attire reflects the mindset of the party and the party would be no different from the old parties. Some others praised her door-to-door campaign.

Referring to Rajani’s appeal among youth voters rise of the likes of Rajani, Dahal said that does not make much difference to the bigger parties.

Another political analyst Surendra Thapa Magar echoes Dahal. “Small parties are not powerful. They cannot make any significant impact,” he said. “Rajani KC and Dharmaraj Gurung [of Samajbadi Party] may steal some votes, but that won’t make much difference to the big parties,” he added.

In the previous elections, the constituency had 70,651 voters but this time there are 1,220 new voters, according to the election commission.

KATHMANDU, Dec 5: Concerned over the loss in by-election in some bastions of the party, the ruling Nepal Communist Party... Read More...

The number of foreign tourist arrivals in Nepal encouraging during off season: NTB
50 minutes ago