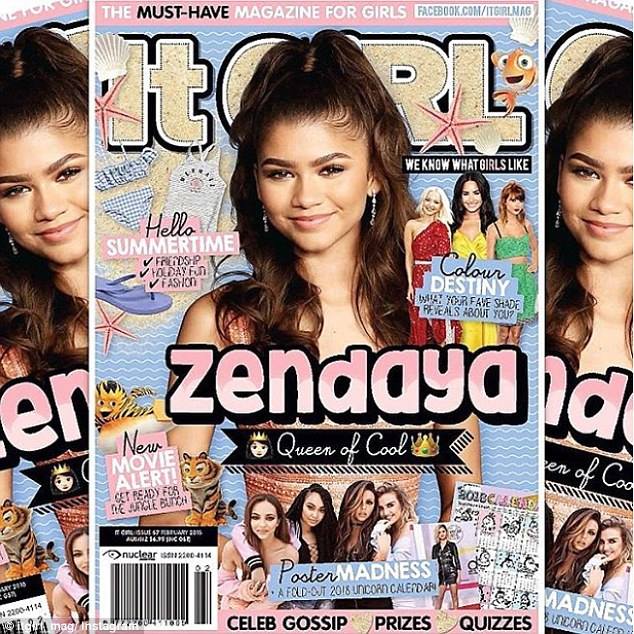 Many people believe the magazine industry is dying but one young girl has proved that it can thrive with the right person in-charge.

Roxanne 'Roxy' Downs from Sydney is only eight-years-old and has been named the youngest magazine editor in the world.

'I'm a good editor because I'm the same age as the reader so I know what they want and what they like,' she told AAP.

Before Roxy there was Lisa Wilkinson, who at 21 became the youngest editor of the teen magazine, Dolly.

Before Lisa there was Ita Buttrose, who is the youngest person ever to be appointed editor of The Australian Women's Weekly, which was then, per capita, the largest-selling magazine in the world.

Now Roxy is fresh on the scene as the editor of It GiRL – a magazine created for tween girls aged seven to 13.

From developing editorial concepts for features and quizzes - to helping with the cover design - Roxy's finger is on the pulse when it comes to knowing what young kids think is cool.

'I go to school and I ask everyone what they'd like to see in the magazine,' Roxy told AAP.

Roxy was recently awarded a Guinness World Record as Youngest Magazine Editor having worked in the job for six months.

The monthly magazine has a distribution of 30,000 and covers celebrity gossip, fashion, entertainment, interactive activities and lifestyle stories.

'In this day and age where girls seem to be growing up faster than ever, It GiRL provides a safe and trusted environment where girls can express themselves; and aspire to be whatever they dream to be,' the magazines description reads.

Roxy, whose father works for the magazine, juggles her homework and chores with work on the magazine before and after school, allocating about five hours during the holidays.

It GiRL publisher Natasha Amallos said having someone like Roxy on board means the magazine is more in touch with its readers.

'If you spend hours a day in a school playground you know straight away what's cool before it's cool,' Ms Amallos told AAP.

It GiRL was first published in 2012, growing its readership steadily for five years. The magazine is set to launch in South Africa soon followed by England.

As forests burn around the world, drinking water is at risk

ZURICH, Aug 31: Europe finally kicks off its 2018 World Cup qualifying program on Sunday, as the last of FIFA's... Read More...