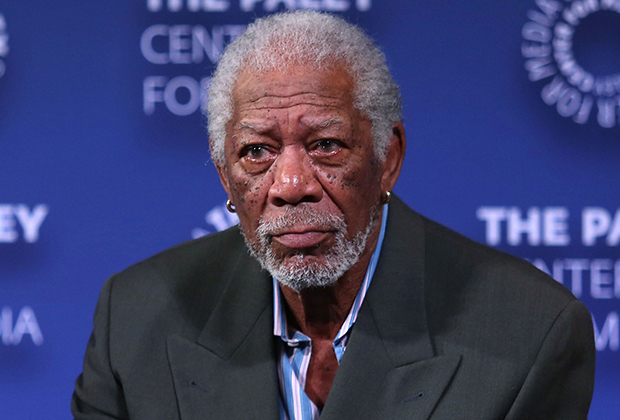 Morgan Freeman tonight apologised after he was accused of sexual harassment by eight women who say he tried to grope them and leered at them on set.

Sixteen people spoke to CNN about the 80-year-old Hollywood star, half of whom said they were victims of harassment or inappropriate behaviour.

All of them described a pattern of unsettling behaviour on set, with seven alleging a "toxic" environment at Revelations Entertainment, an independent movie production company co-founded by Freeman.

In response Freeman said tonight: “Anyone who knows me or has worked with me knows I am not someone who would intentionally offend or knowingly make anyone feel uneasy.

“I apologise to anyone who felt uncomfortable or disrespected - that was never my intent.”

Two people who worked in production on movie sets with Freeman in the last decade alleged he repeatedly behaved in ways that made women uncomfortable.

One accused him of trying to lift her skirt, and another said he subjected them to unwanted touching.

A young production assistant said she underwent several months of harassment on the set of Going In Style, starring Freeman, Michael Caine and Alan Arkin.

In one incident, she said: Freeman "kept trying to lift up my skirt and asking if I was wearing underwear."

He was unsuccessful, she said, but he kept trying until "Alan [Arkin] made a comment telling him to stop. Morgan got freaked out and didn't know what to say."

Three others say he made public comments about women's clothing or bodies, with a number saying they had to change how they dressed so as not to be harassed.

All alleged incidents happened in public, with CNN entertainment reporter Chloe Melas starting the investigation after she was allegedly harassed.

She says when interviewing him at a press event for Going In Style he refused to let go of her hand while shaking it, and repeatedly looked her up and down.

He allegedly told Melas, then six months pregnant: "I wish I was there" and "You are ripe."

Cameras reportedly recorded Freeman's remark to Melas: "Boy, do I wish I was there" - but didn't capture the rest.

The revelations are the latest to emerge as part of the #MeToo movement, after hundreds of women came forward to give their accounts of sexual harassment and abuse over the past year.

Morgan Freeman became a household name for starring in movies such as Driving Miss Daisy, Shawshank Redemption and Million Dollar Baby, for which he won best supporting actor.

Freeman has previously denied claims he was in a sexual relationship with his step-daughter E'Dena Hines in 2009.

One female former employee at Revelations told CNN that Freeman was flanked by a group of men on the set of Through the Wormhole when she met the actor for the first time.

He "looked me up and down," she said, and then asked her, "How do you feel about sexual harassment?"

"I was stunned," she told CNN. "This is the person that I worked for, this is his company, I didn't expect it at all ... I said timidly, 'I love it' in a sarcastic way hoping to make light of the situation because I was so confused and then he turned to the guys on the crew ... and said, 'See guys, this is how you do it.'"

According to sources the 30 attendees - some of whom had never met Freeman - had to stand in a circle.

A former executive at the company told the news network that Freeman went up to women in the circle and would "stand maybe within an inch of their face and just look them up and down and not say anything".