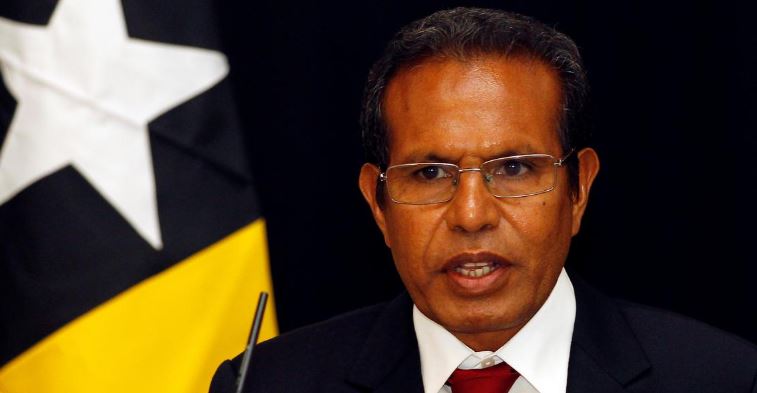 DILI, Feb 25: The prime minister of East Timor has sent a letter of resignation to the president, he said on Tuesday, as the tiny Southeast Asian nation faces new political instability after the collapse of a coalition supporting him in parliament.

The prime minister has repeatedly failed to secure passage of a budget for 2020 after the largest party in his coalition, the National Congress for Timorese Reconstruction (CNRT) party of independence hero Xanana Gusmao, withdrew support.

“I have sent a (resignation) letter to the president,” Taur Matan Ruak, who goes by a popular name rather than his birthname of Jose Maria de Vasconcelos, told reporters after meeting President Francisco Guterres.

Ruak said he was prepared to stay in office until the resignation was accepted so as “to guarantee government activities in our country”.

He had been backed by a three-party coalition, the Alliance of Change for Progress (AMP), that won 34 of the 65 seats up for grabs in a parliamentary election in May 2018, the country’s fifth since independence from Indonesia in 2002.But there has been occasional political deadlock and growing tension after the president, who belongs to the opposition Fretilin party, rejected some ministers proposed by Gusmao, over accusations of graft.

On Saturday, Gusmao, East Timor’s first president and a former prime minister, announced a new six-party coalition controlling 34 seats without Ruak’s party that he said would prepare to form a new government.

“It is set up to resolve the current political deadlock,” he told a news conference. “These six political parties met to put hands together in order to go ahead and form a new government.”

Asia’s youngest democracy has been beset by political instability in recent years, hampering efforts to reduce poverty, stamp out corruption and develop its rich oil and gas resources.

The energy sector accounted for about 60 percent of gross domestic product in 2014 and contributed more than 90 percent of government revenue.