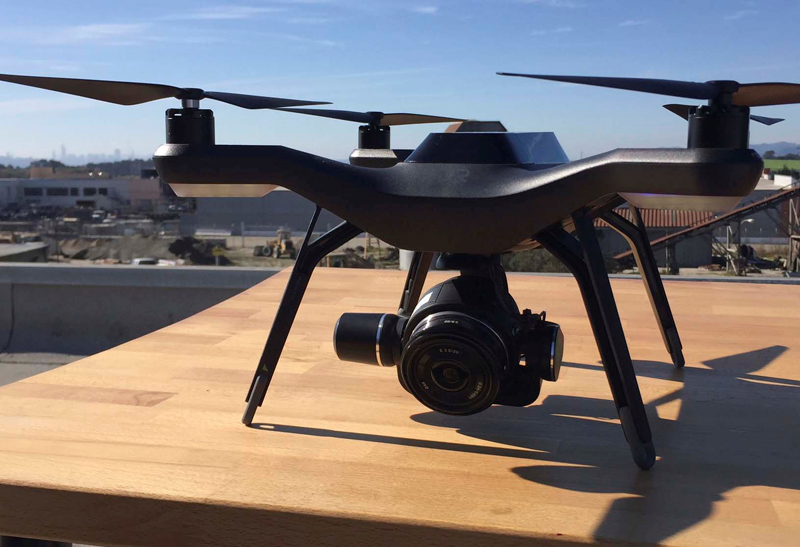 Drone company 3D Robotics displays its new commercial drone equipped with high-tech cameras and imaging software to a group of journalists at its headquarters in Berkeley, California, US on November 9 (Reuters)

Officials in one of India’s fastest growing cities are using unmanned aerial vehicles (UAVs) to update land records in a pilot project that could be rolled out across the country if rules governing the use of drones were simpler, authorities said.

Haryana state’s Project Udaan, or flight, is mapping the technology hub of Gurgaon, a satellite town of Delhi, and the towns of Sohna and Manesar in northern India.

The drone images are being used to update decades-old land records, check encroachments and resolve disputes over land and property.

“While land records are meant to be updated every five years, this is not done regularly and there are invariably errors, even with satellite imagery,” said T L Satyaprakash, deputy commissioner in Gurgaon.

“That is why we are using drones, as they are more precise. So we can verify and rectify the land records before they are digitized,” he told the Thomson Reuters Foundation.

India has embarked on a land record modernization program to survey lands, upgrade records and establish ownership. The project is scheduled to conclude in 2021 at a cost of 110 billion rupees.

Delays in mapping lands and authenticating ownership have caused disputes that stall development projects, sparking lengthy court battles. Matters related to land and property make up about two thirds of all civil cases in India, according to Daksh, a legal advocacy group based in Bengaluru.

These images were then checked against existing land records and verified with village councils in rural areas before being updated, said R S Hooda, chief engineer at Haryana Space Applications Centre, which is also working on the project.

“Drones are cheaper now compared to some years ago, as they are being made in India, and the images are far superior to satellite images,” he said.

This project can be replicated elsewhere quite easily, but the guidelines for drone use are rather strict, including where they can fly, so their use is limited.

Drones are increasingly used in India to curb deforestation and check illegal mining and quarrying.

“But rules governing their use differ in every state, with permissions needed from the local police and the defense ministry to operate them,” Hooda said.

The Directorate General of Civil Aviation issued a draft policy on the use of civilian UAVs earlier this year, which said all UAVs must be registered and that permits to operate them would be issued on a ‘case to case basis’.

Drones are barred from flying over certain areas, including military facilities, the entire air space over Delhi, and near international borders.

“It is a challenge  if it were a little easier to use drones, we can map more areas quickly. We can do so much more in land-related matters with drones,” Hooda said.