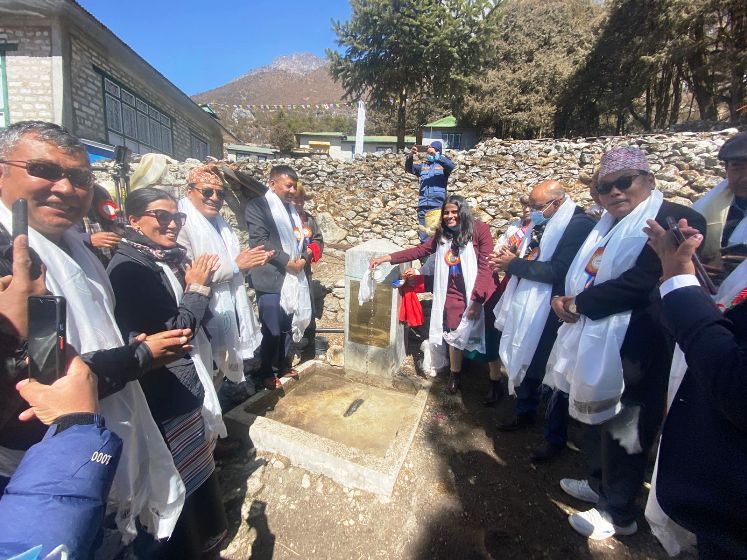 KATHMANDU, March 14: A Drinking Water Supply Project in Khumjung and Kunde Villages of Khumjung Rural Municipality in Solukhumbu District was jointly inaugurated by National Assembly member Sonam Gyalzen Sherpa and First Secretary at the Embassy of India in Kathmandu, Priyadharsini R on Monday.

The event saw the presence of officials from Solukhumbu District Coordination Committee, Khumbu Pasang Lhamu Rural Municipality, Water User Committee Management as well as local government representatives, according to the Embassy of India in Nepal.

This is one of the 75 projects being inaugurated this year in Nepal as part of "India@75 AzadiKaAmritMahotsav" which celebrates 75 years of India’s independence.

According to the Indian Embassy, the project has been constructed at a cost of Rs. 42.39 million under India-Nepal Development Cooperation with Government of India’s financial assistance. "It is an important project for the Khumjung and Kunde villages, Solukhumbu for serving clean & safe water to nearly 600 households and schools, hospitals, government offices and tourists in this area," said the Embassy.

SURKHET, Dec 16: Some 85 households of Dhoreni in Gurvakot Municipality-13 have been facing an acute shortage of drinking water... Read More...

SOLUKHUMBU, May 1: Preparations were going on full swing for the marriage ceremony of an underage girl of Thulung Dudhkoshi Rural... Read More...