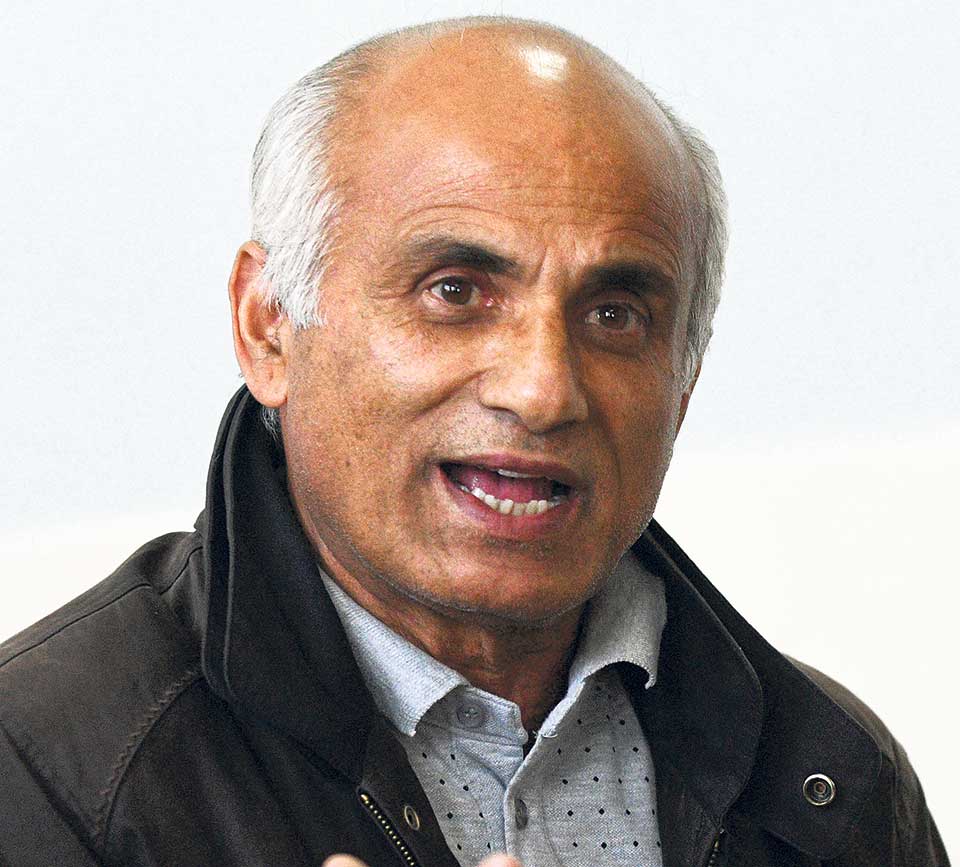 Organizing a press conference in Kathmandu on Monday, medical reforms crusader Dr Govinda KC gave the government three weeks to address his demands and to arrest those behind the rape and murder of Kanchanpur's Nirmala Panta. | Photo: Keshab Thoker/Republica

KATHMANDU, Nov 27: Senior orthopedic surgeon Dr Govinda KC on Monday warned that he will stage a 16th fast-unto-death if action is not taken against the guilty in the rape and murder of Nirma Panta and also if the agreements signed between him and the government are not implemented.

Unveiling a three-point demand, Dr KC has asked the government to arrest the guilty in Nirmala's rape and murder and file a case. He has also demanded the initiating of criminal charges against those involved in producing fake documents, torturing innocent locals and killing and injuring those who had come out into the street to demand justice for Nirmala.

“The criminals of the Nirmala case are walking free. People are suffering from injustice and the rulers of the republic have turned into new monarchs,” he said at a press conference organized here.

Dr KC's other demands include endorsement of the Medical Education Bill without further delay, taking action against Tribhuvan University officials implicated in wrongfully granting affiliation to medical colleges, initiating work on the establishment of medical colleges in all seven provinces and commencement of MBBS classes at Karnali Academy of Health Sciences.

Dr KC has also demanded withdrawal of Kathmandu University's decision to hike its fees and initiation of action against those involved in effecting the fee hike.

He has given the government a three-week deadline.

Dr KC urged the government to implement the previous agreements signed with him and take action against the guilty in the Nirmala case at the earliest.

Even four months after the agreements were signed, they remain unaddressed although the government had vowed to implement them within two months.

“Instead of implementing the agreements signed with us, Minister for Education, Science and Technology Giriraj Mani Pokharel has excluded junior level medical studies from the purview of the agreements and this has been done for the benefit of the education mafia and smugglers,” said Dr KC. “I urge the government to implement the agreement within three weeks. Otherwise, I will be obliged to stage a fresh hunger strike.”

A nine-point agreement signed by the government with Dr KC on July 26, the 27th day of his 15th fast-unto-death, provides for formation of a high-level commission and formulation of a Medical Education Bill.

Dr KC has already staged hunger strikes for a total of 190 days in the course of his protests since 2012.

According to the July 26 agreement, implementation of the major demands was to start from within 15 days to two months.