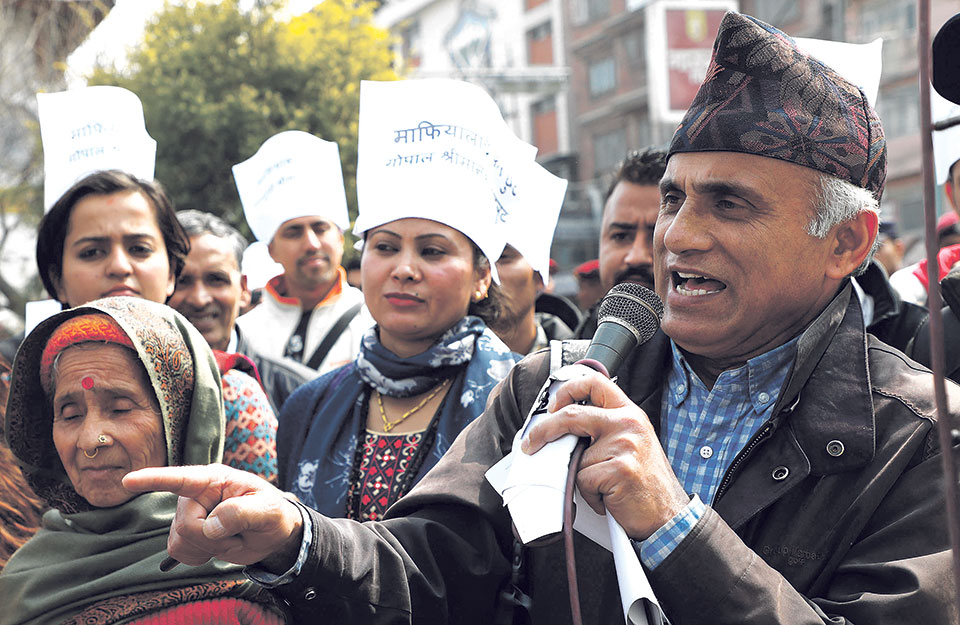 KATHMANDU, Mar4: Dr. Govinda KC, who has been fighting against irregularities in the medical sector, has warned of starting yet another fast-unto-death if Chief Justice Gopal Parajuli does not resign immediately.

The CJ has been asked to step down from his post within 10 days if a fast-unto-death is to be averted.  Dr. KC has also asked  parliament to initiate an impeachment motion against CJ Parajuli, saying that the judiciary is being dragged into controversy needlessly and that attempts  are underway to impose media censorship.

Issuing a press statement on Saturday, Dr. KC has said that he would begin the fast-unto-death from March 13 if  CJ Parajuli refuses to quit his position.  He has also urged the newly elected parliament to initiate impeachment proceedings soon after its first meeting  takes place.

Dr Govinda KC has said that he would begin the fast-unto-death from March 13 if  Chief Justice Parajuli refuses to quit.

Stating that a first round of fast-unto-death was already staged against CJ Parajuli, the anti-corruption crusader has demanded immediate resignation of the judiciary head. "We have already staged a first round of fast-unto-death against the CJ to restore the standing of the judiciary and end the misuse of power by its head. Even as the Supreme Court  arrested us illegally in the night, a bench of the same court has ordered an investigation into the CJ's academic credentials and citizenship papers," reads the statement, "Given the context, we have been reiterating that the CJ must step down to ensure  justice delivery that is  fair and free."

In his statement, Dr. KC has also asked the government to make public a report prepared by the Medical Education Probe Commission chaired by former Special Court chairman Gauri Bahadur Karki,  and to take action against officials accused in the report.

KATHMANDU, May 27: With the country still busy with local elections, ordinary people and experts from different sectors have suggested... Read More...