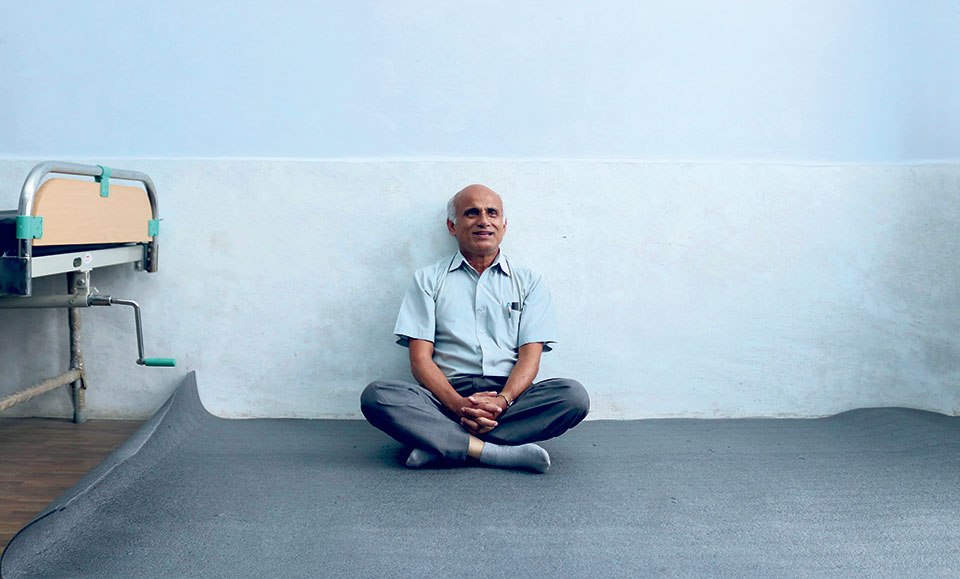 KATHMANDU, Sept 26: After the government moved to bring the Medical Education Act with modifications that are against the  recommendations of the Mathema Report, Dr Govinda KC, professor at the Institute of Medicine (IOM), launched 12th fast-unto-death on Monday.

“Though the hunger strike was earlier scheduled to begin from October 6, I have began it from today as the government has made preparations to bring a Medical Education Act that favors the medical mafia,” said Dr KC.

Organizing a press conference at Tribhuvan University Teaching Hospital (TUTH) Monday, Dr KC has put forth a five-point demand and urged the government to fulfill the demands immediately.

The five demands include bringing in an integrated medical education act immediately as per the recommendations of the Mathema Report, implementing a government fee structure of Rs 3.85 million for MBBS in Kathmandu Valley and Rs 42.45 million outside the Valley and Rs 19.32 million for BDS, sacking Rajendra Koju as dean of Kathmandu University, fixing Rs 22.5 million as the fee for MD/MS under Tribhuvan University, sacking TU officials who granted affiliation to Kathmandu National Medical College, and revoking TU decisions that snatched away the authority of IOM to grant affiliations and fix the number of seats at medical colleges.

Similarly, his other demands are to fine Gopal Khadka, the recently sacked chief of Nepal Oil Corporation (NOC) and probe other  officials of that entity who were involved in corruption after suspending them, allocate a budget immediately for startng classes at the Karnali Academy of Medical and Health Sciences, proceed with work to set up government medical colleges at Kailali, Dang, Doti-Dadeldhura, Dhanusha-Mahottari, Udayapur and Panchthar-Terhathum among other places, and immediately address the demands of the Nepal Medical Association.

Instead of implementing  past agreements, the government is ready to approve a Medical Education Act that is in the interest of a limited number of business people and the medical mafia, said Dr KC. “The bill tabled in  parliament is oriented toward benefiting the mafia rather than medical students and the general public,” he said in the statement.