GORKHA, June 9: There was a huge crowd of locals, neighbors, relatives and well-wishers gathered at the ancestral home of Senior Neurosurgeon Dr Upendra Devkota at Pandit Gaun in Gorkha district since early morning on Saturday.

They thronged Pandit Gaun to have a glance at ailing Devkota after they knew that he was being brought to his birth place in a helicopter today. They kept waiting patiently.

As the day approached, they heard sounds of helicopters. Soon the two helicopters landed at Bohara Gaun close to Devkota’s house. There was Devkota in one helicopter and his attendants in the other. Then he was brought to his house in a stretcher. It took around 15 minutes. Devkota greeted his relatives, neighbors and well-wishers with a smile. However, he could not talk to them. His wife Dr. Madhu and his daughters Megha, Basudha and Manjari were attending to him.

Devkota had returned home to spend the rest of his life after his treatment was not possible in Britain.

He is undergoing treatment at Neuro  Hospital in Bansbari which had been established under his leadership. Devkota had been diagnosed with Kolingeo carcinoma (gallbladder canter) seven months ago.

At the initial phase, he was treated for gastritis. After the reports of CT scanning and MRI, Devkota himself had said that he was suffering from obstructive jaundice.

He had gone to Britain on November 21. When he underwent biopsy and ultra sound at King’s College Hospital he was diagnosed with gallbladder (Kolingeo carcinoma). 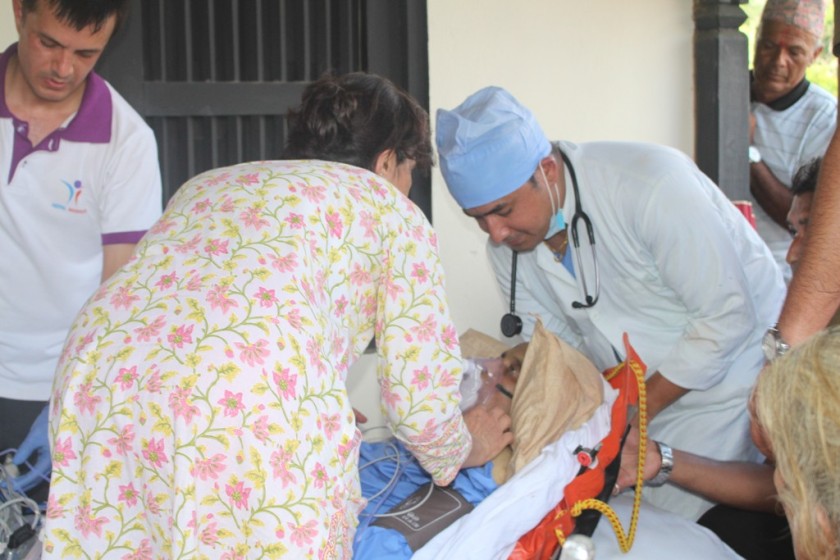 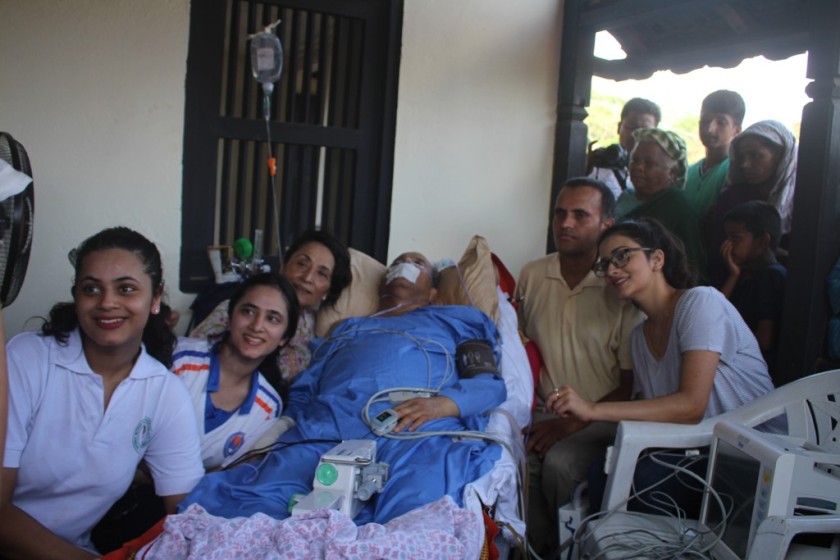 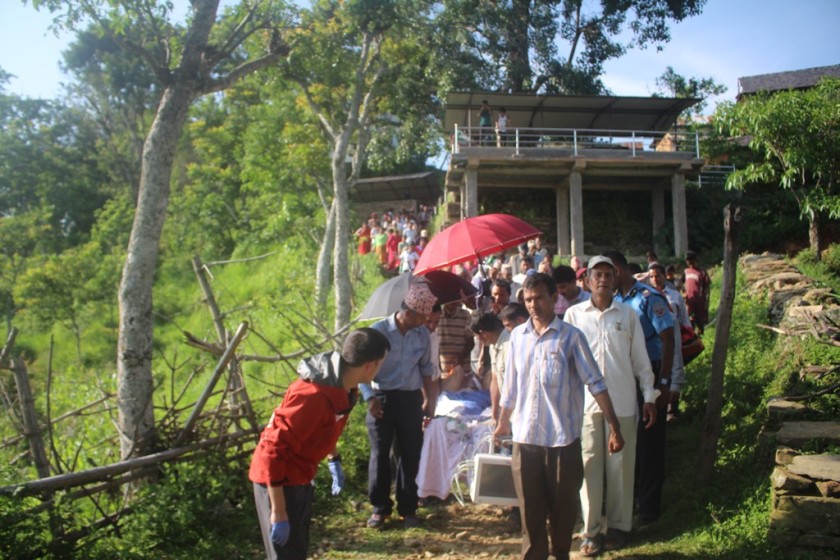 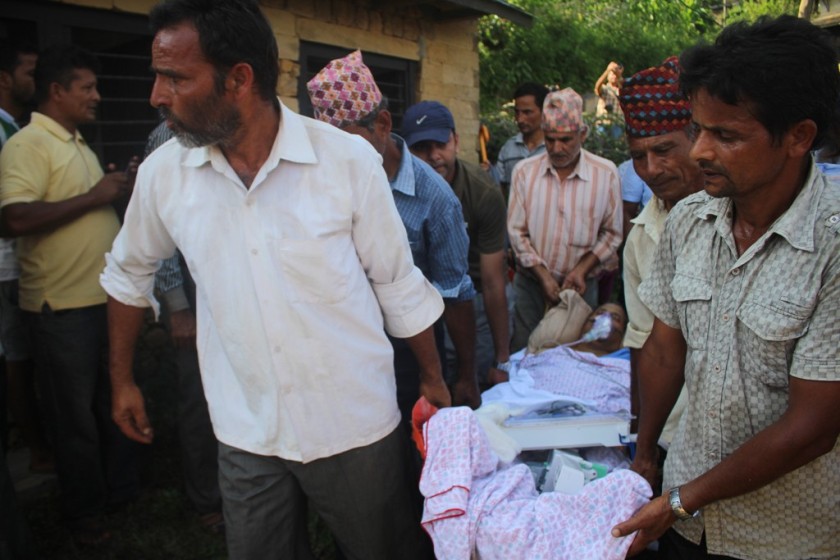 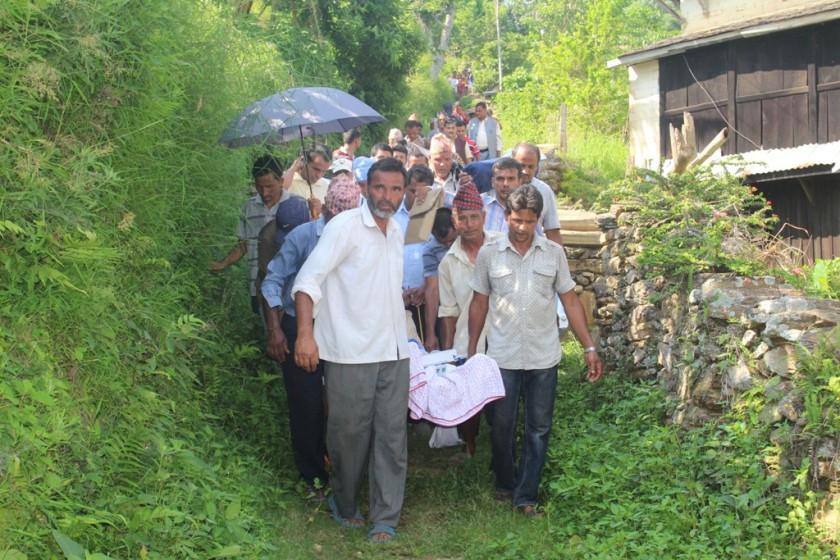 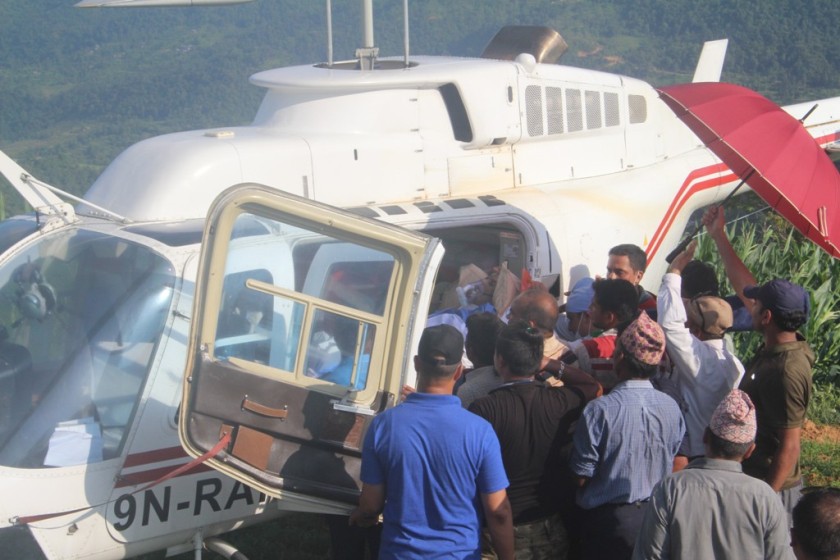 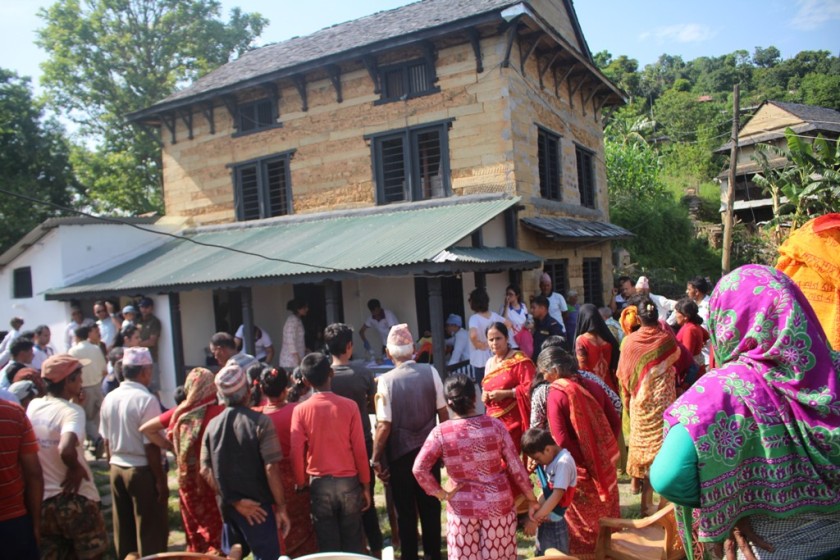 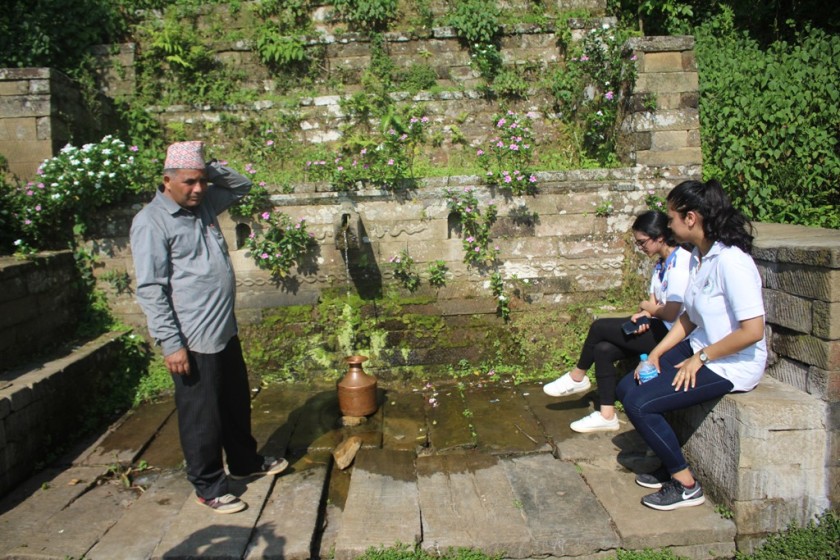