Door opened for sending Nepali youths to Israel for employment

KATHMANDU, Jan 21: An 'Implementation Protocol' was signed between Nepal and Israel on Thursday for the implementation of 'Agreement related to temporary employment of Nepali workers in the labor market of Israel'. The latter agreement was signed on September 30, 2020. They will get perks and benefits according to the labor related laws of Israel. The Nepali youths will go for employment through government to government arrangements of both countries. Israel is one of the attractive destinations for overseas employment. There are around 2,500 Nepalis in Israel, according to Nepali Embassy in Tel Aviv, Israel. 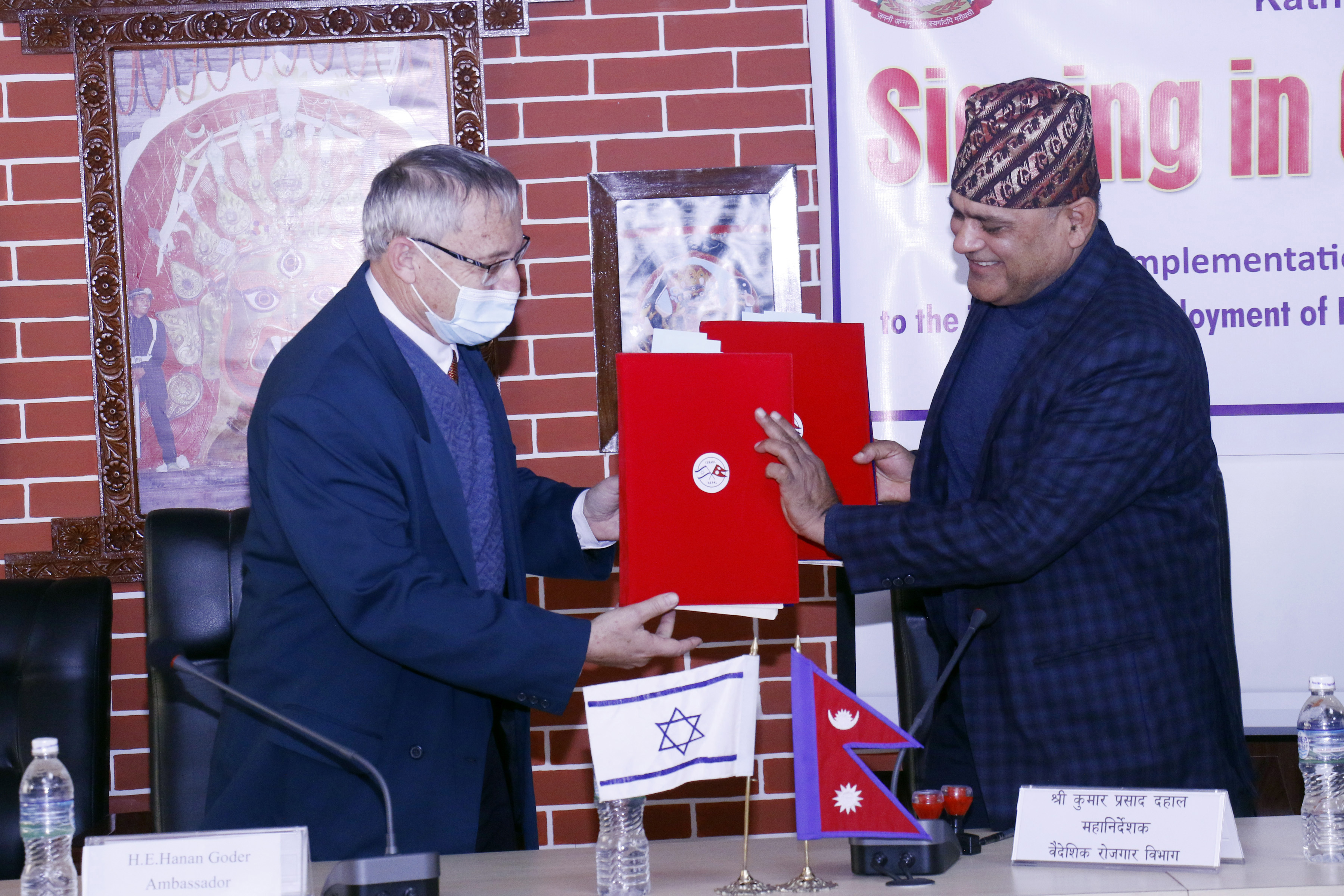 According to the ministry, employment in Israel has been made systematic and transparent as much as possible as the government is sending skilled and capable workers to Israel.

On the occasion, Minister for Labor, Employment and Social Security, Gauri Shankar Chaudhary, said that a new dimension has been added to the bilateral relations between Nepal and Israel with the signing of the protocol.

Minister Chaudhary expressed belief that diplomatic as well as labor relations between the two countries will be even more cordial in the days to come.

He also urged the Israeli government to provide opportunities of employment to Nepali youths in other sectors not only as caregivers.

Similarly, Dahal said that the department will maintain transparency in the process of filling online applications for the implementation of the protocol.

Likewise, Nepali Ambassador to Israel, Dr Anjan Shakya, said that she was actively involved in opening the labor market of Israel to Nepalis since she reached Israel as the Nepali Ambassador.