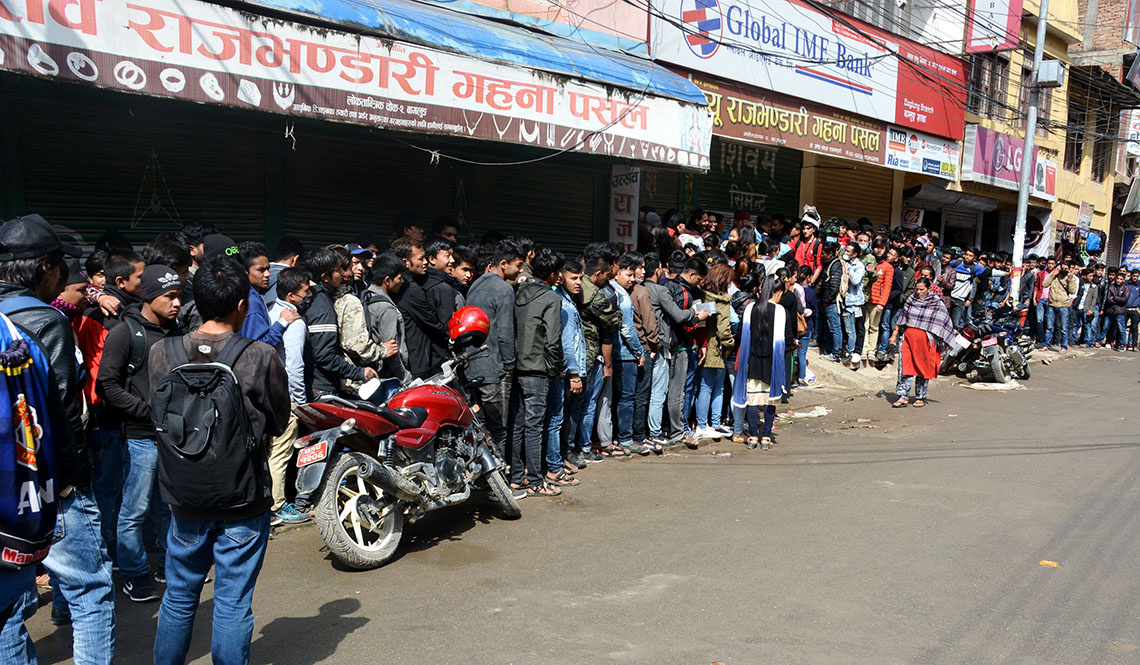 The date for applications will remain effective until April 11. Candidates aged between 18 to 39 years can take part in the langue test.  Those meeting the criteria set by the EPS will be allowed to sit for the exam on June 9 and 10, 2018. Korea government will take 7,100 successful candidates in 2019.

South Korea is the most sought-after job destination for Nepali people. Korea government has said that it would recruit 10,200 Nepali workers in 2018, three times more than it took in 2017.

South Korea is considered one of the most lucrative work destinations for Nepali workers due to fair and transparent recruitment process, low cost, relatively better wage and other facilities. Nepali workers earn a minimum of Rs 150,000 in South Korea irrespective of the nature of work. South Korea has so far hired 34,862 Nepalis since fiscal year 2007/2008, according to DoFE.

Family of missing Dutchman announces a bounty of Rs 500,000 to find his whereabouts

BABIYACHAUR (Myagdi), June 29: The family of a Dutchman named Christian Wilson, who had gone missing from the Dhaulagiri base... Read More...