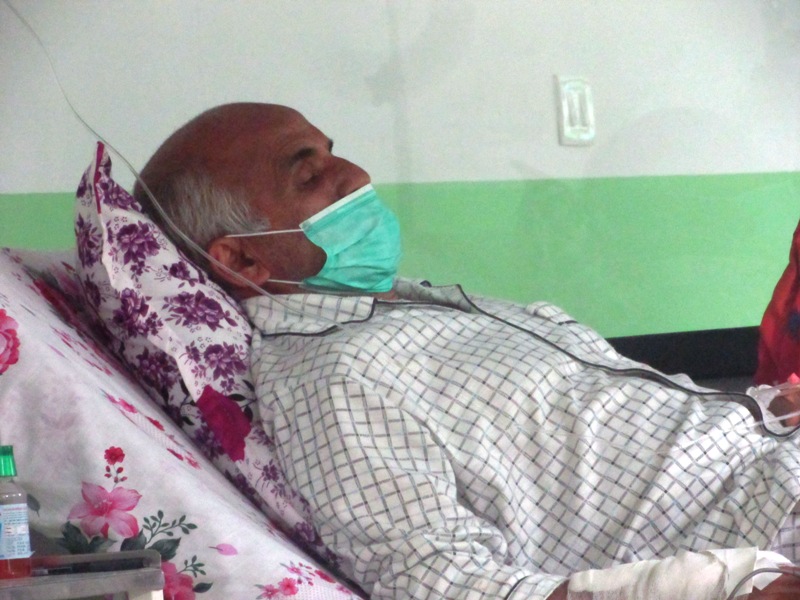 JUMLA, July 16: As the health of Dr Govinda KC continued to worsen Sunday, the 16th day of his fast-unto-death, doctors attending him were preparing to place him on a ventilator. Dr KC is on a fast-unto-death demanding crucial reforms in the medical education sector. Dr KC has developed several health problems, according to doctors, according to the doctors.

“Anything could happen to him anytime, that's why we've kept a ventilator on a ready position,” informed Dr Pujan Rokaya, one of the doctors attending Dr KC.Of late, Dr KC has been complaining a lot about pain in the throat. He is having difficulty speaking due to the pain. According to Dr Rokaya, Dr KC could have developed throat infection. “While it is necessary to give him antibiotics, he is refusing to take medication,” said Rokaya.

Likewise, problems have been noticed in his heartbeat. The doctor said KC's heartbeat increases drastically when he sleeps on his side. The problem could be really serious, they warned.KC is also having difficulties breathing. There has been an increased amount of ketone in his urine, which is due to lack of glucose in the body. His nausea is getting severe, according to doctors attending him.KC's weight has also decreased drastically. He has lost nine kilos since the start of his hunger strike.

He was 65 kg when he came to Jumla, but on Sunday he weighed just 56 kg, informed Dr Rokaya. Accusing the government of not being serious about his demands, Dr KC has refused to undergo regular blood tests since Friday. Meanwhile, the locals in Jumla have intensified their protests in support of the agitating doctor and to pressure the government to save his life and listen to his demands.