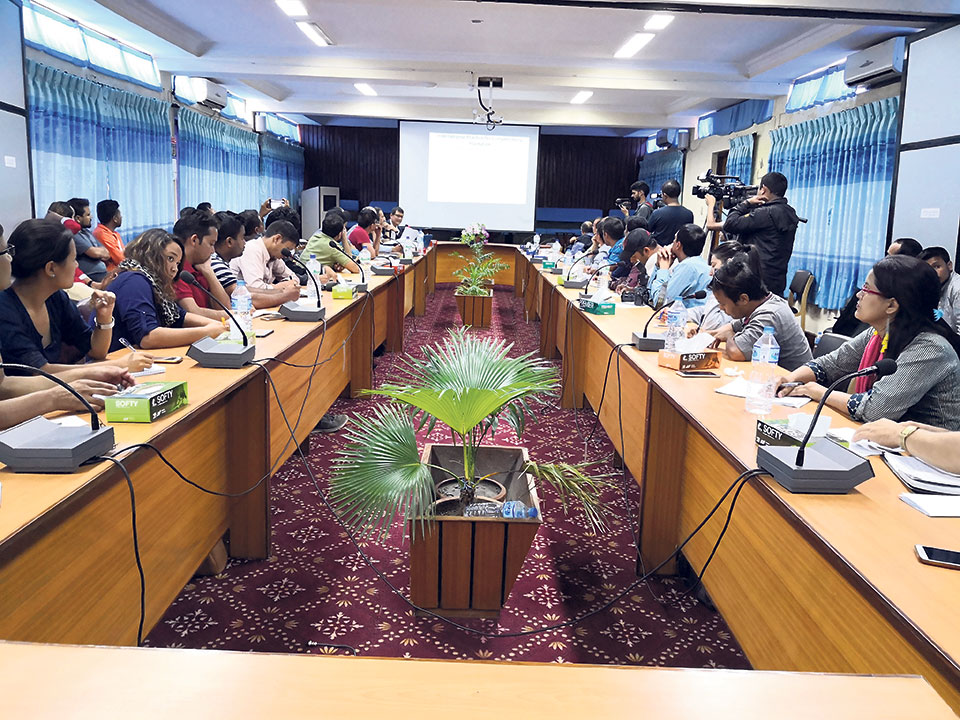 KATHMANDU, Sept 16: While the government has been expressing commitment to plant trees in compensation of the deforestation due to construction of Nijgadh International Airport, environment experts have demanded that the government first reviewed the Environmental Impact Assessment (EIA) of the national pride project.

The government has been claiming that it will ensure the development project will be carried out without destroying environment. But environment experts have been questioning the government’s assessment for the construction of the airport.

“We are not against of development, nor are we saying that the airport project should be dropped. Our only concern is that development must not destroy the ecology of Bara district,” said Salil Devkota, environment engineer and an EIA specialist. “The area selected for Nijgadh airport is a prestigious forest of the country that should not be destroyed.”

“Certainly, Nijgadh is appropriate for construction of airport from both technical and environmental aspects. But it does not mean that the government has authority to disturb the ecology,” he told Republica.

Meanwhile, the government has been stating that it will duly follow the Environmental Protection Act in constructing the airport. “The airport project of Nijgadh has already been long delayed. We don’t want to delay it anymore,” said Sanjeev Gautam, director general of Civil Aviation Authority of Nepal (CAAN).

In 1995, the government had decided to build second international airport in the country and conducted pre-feasibility survey in eight different places. The study was based on many factors including land quality, terrain, runway orientation, distance from wildlife sanctuaries, distance from major towns, air route, air space, holding pattern, road accessibility, cost of land acquisition, availability of land, population density, forest density, river control measures, construction material, and resettlement, according to the CAAN. The study found Nijgadh of Bara district to be the most appropriate site for airport construction.

According to Gautam, Nijgadh airport could be the only full-fledged airport of the country under category 4F of International Civil Aviation Organization (ICAO). It could also be operated as a transit hub for several international flights. “That’s why it is important to build Nijgadh airport. There is no other alternative to it,” Gautam said. “The location is appropriate for Asia Pacific region for technical reasons as well as weather convenience.”

The CAAN has said that not a single tree will be cut down before completing any due government process. “We are just trying not to delay this project anymore,” Gautam said. “Site clearance and the work of Detailed Project Repor (DPR) will be conducted simultaneously.”

“By 2035, the number of air passengers will reach 7.8 billion. Of them 3.5 billion will be travelling to the Asia Pacific region. Considering this situation, we have to be prepared to welcome more passengers from across the world,” Gautam told a press meet organized in Kathmandu on Saturday.

Talking to Republica, environment expert Devkota said that the government should not take any step based on assumptions. “They have to review the EIA report and then prepare a DPR giving priority to alternative analysis,” Devkota said.

KATHMANDU, Nov 6: A sub-committee formed by the parliament's International Relations Committee has concluded an 'on-site visit' of the Nijgadh... Read More...