KATHMANDU, Jan 20: Deputy Speaker of the House of Representatives Shiva Maya Tumbahangphe stepped down from her post on Monday afternoon.

At a press meet today, the deputy speaker said that she resigned from her post to pave way for electing the new speaker of the HoR. Tumbahangphe submitted her resignation to the Parliament Secretariat. 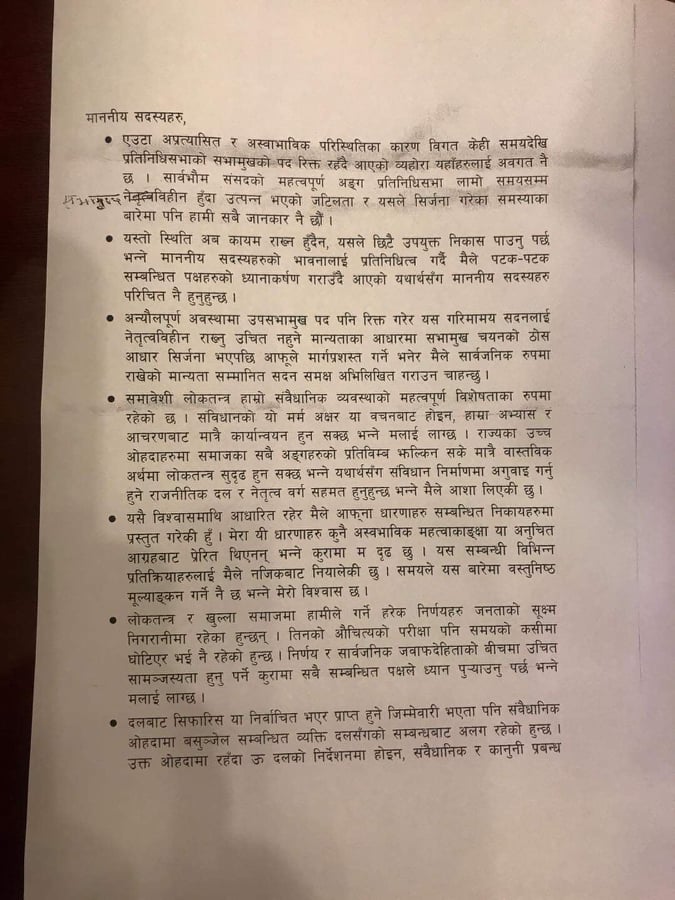 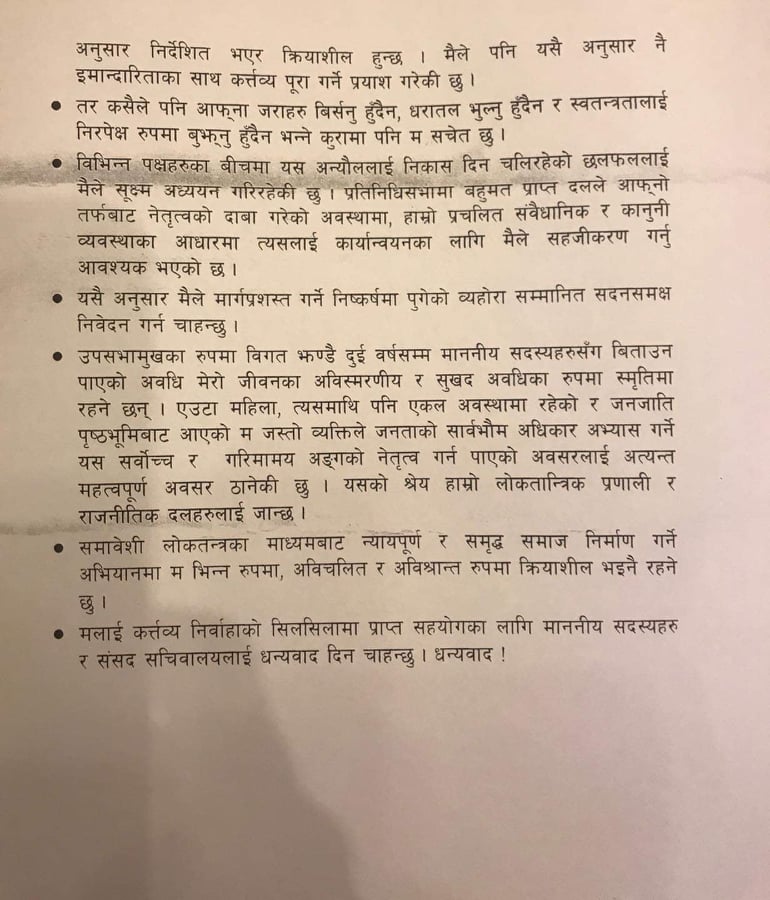 A meeting of the House of Representatives  (HoR) is scheduled for 4 pm today. Senior member of the parliament Mahantha Thakur will be chairing the parliament session. The meeting is going to fix the election date and ask the general secretary of the Parliament Secretariat to unveil the election calendar.

Sources indicated that the main opposition Nepali Congress is not in a mood to field its candidate for the speaker.

"Rather, we are interested to file candidacy for the post of deputy speaker," a leader of the NC told Republica Online on Monday afternoon.

The election for the chief and deputy chief of the HoR is likely to take place only after upper house elections, it is learnt.

Parliament has remained headless since early October 2019, when the then speaker Krishna Bahadur Mahara resigned from his position after he was accused of sexually assaulting a female staffer.

Deputy Speaker Tumbahangphe, who was also seen as one of the contenders for the post of speaker, decided to quit the position after not getting support from her party. The deputy speaker’s resignation is mandatory for the NCP to field a candidate for speaker as the constitution does not allow a single party to hold both speaker and deputy speaker’s positions.

Article 91 (2) of the constitution has mandatory provision of electing the speaker and deputy speaker from different political parties and gender.

The speaker’s election was prolonged for weeks after Tumbahangphe refused to tender her resignation from the position despite request from the party.

Since NCP commands a majority in parliament, any party which enjoys the support of NCP can bag the deputy speaker’s position. Of late, it’s not clear which party will get NCP’s support though Rastriya Janata Party Nepal (RJPN) and main opposition NC are eyeing the position. 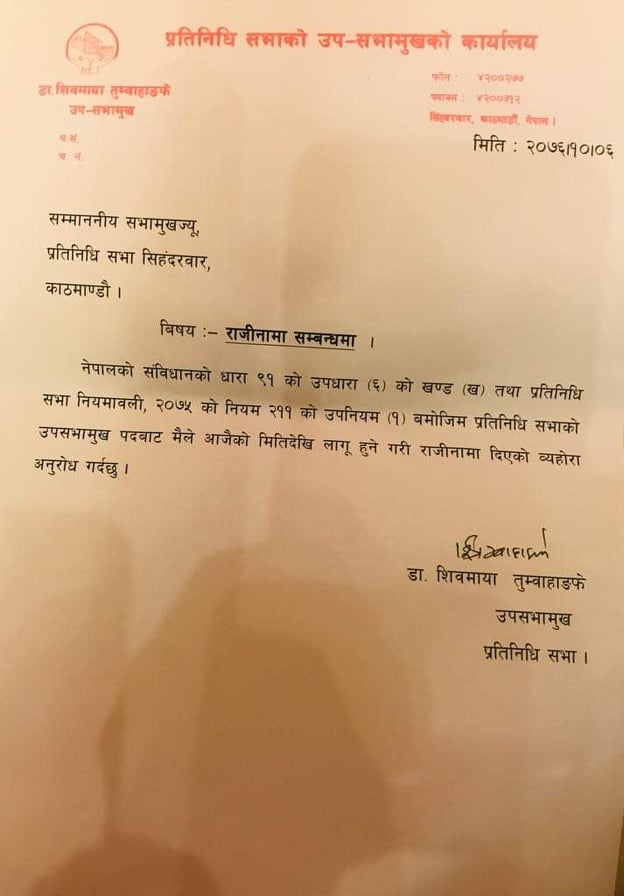