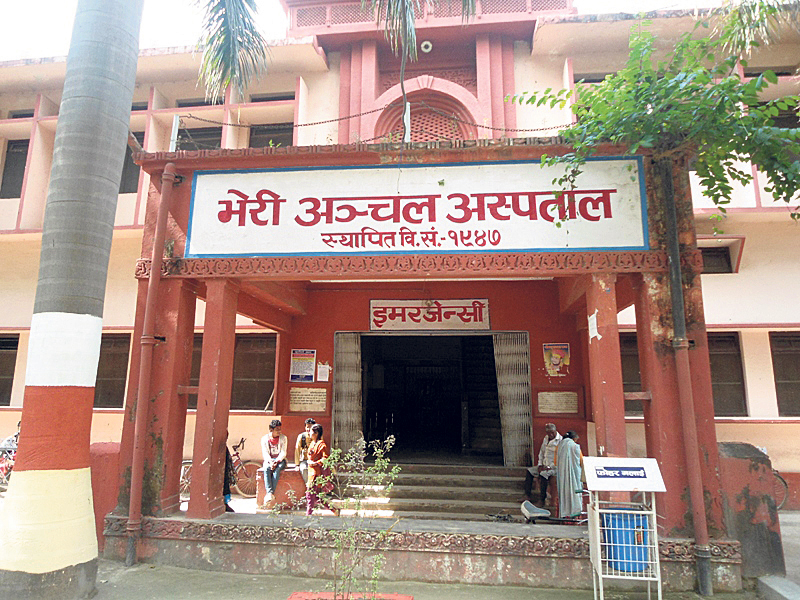 NEPALGUNJ, Nov 7: Dengue fever is gripping Banke and surrounding districts with at least 45 people diagnosed with the fever so far in the area.

Bheri Zonal Hospital and Neplgunj Medical College Teaching Hospital have been receiving increasing number of dengue patients from the Mid-Western and Far-western regions every day.

“People come with complaints such as fever, nausea, and aches. Many of such patients have been diagnosed with dengue in the course of treatment,” said Khim Bahadur Khadka, chief of District Public Health Office (DPHO), Banke.

According to him, Bheri Zonal Hospital and Teaching Hospital in Nepalgunj has already received 45 cases of dengue by Friday. “We are not able to tell the exact number of dengue patients here due to public holidays on Saturday and Sunday,” he added.

According to the records maintained by the DPHO, 16 people from Bardiya, 11 from Banke, six from Surkhet, five each from Dang and Kailali, and one each from Rukum and Kalikot have been found to be positive for dengue infection.

All 11 dengue patients in Banke district are from Nepalgunj Municipality prompting the DPHO to exercise alertness. “We are working very carefully to prevent the spread of the disease. We are also organizing programs to seek and kill larva of mosquitoes that spread dengue,” said Khadka, adding that awareness campaigns are also being organized.

Dr Rajan Pandey of the Bheri Zonal Hospital said timely treatment can cure dengue infection. “As many as 14 have already returned home after receiving treatment since the last month,” he said.

1,473 people have been infected with dengue in five months: Report

KATHMANDU, Dec 7: The total 1,473 people of 30 districts have been infected with dengue virus in the past over... Read More...